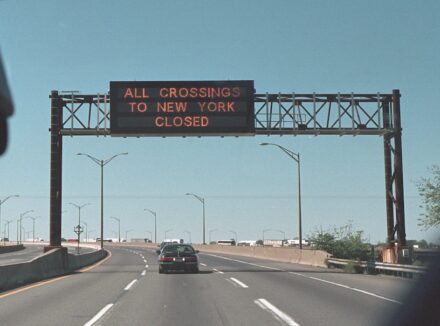 On September 11, 2001, Islamist al-Qaida terrorists steered 4 US airliners into the two towers of the World Trade Center and the Pentagon, one plane crashed near Shanksville, PA. We have compiled a few sources of information and linked to our 2011 reports on the memorials in Manhattan and Arlington, VA.

Book: “102 Minutes: The Untold Story of the Fight to Survive Inside the Twin Towers“. New York Times reporters Jim Dwyer and Kevin Flynn report from the perspectives of those inside the towers. 102 Minutes captures the little-known stories of ordinary people who took extraordinary steps to save themselves and others … Dwyer and Flynn rely on hundreds of interviews with rescuers, thousands of pages of oral histories, and countless phone, e-mail, and emergency radio transcripts. They cross a bridge of voices to go inside the infernos, seeing cataclysm and heroism, one person at a time, to tell the affecting, authoritative saga of the men and women – the nearly 12,000 who escaped and the 2,749 who perished – as they made 102 minutes count as never before (source: The New York Times).