The restoration of Notre Dame can begin in winter 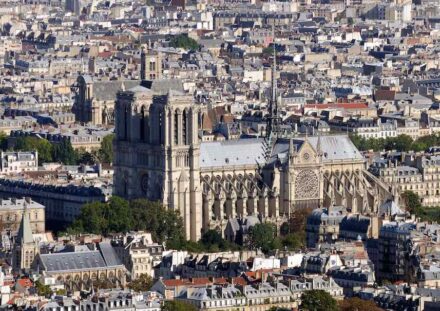 Work on securing and stabilizing Notre Dame in Paris after the catastrophic fire has been completed. This month, thorough cleaning of the cathedral‘s interior walls and floors is to begin so that the real reconstruction can be started in the winter. This was announced by the responsible Établissement public chargé de la conservation et de la restauration de la cathédrale Notre-Dame de Paris (EP-RNDP).

The daily Le Figaro lists some of the measures taken so far, which began just days after the devastating fire of April 15, 2019:
* Dismantling of the scaffolding from previous works,
* disassembly of the great organ,
* cleaning of test points in two chapels,
* securing of the buttresses,
* securing the crossing of the transept.

“In parallel, the restoration works were prepared,“ international media quote the EP-RNDP and its president, former five-star general and chief of general staff Jean-Louis Georgelin. So far, they were on schedule, even if some steps had been delayed due to the Covid-19 pandemic.

Immediately after the fire, President Emmanuel Macron had announced the reopening of the cathedral in 2024.

According to current plans, the work will not be completed by then. However, a Te Deum is to be celebrated in the nave on April 16, 2024. After that, the landmark of Paris shall be, at least partially, open to the public again.

As Le Figaro continues, the EP-RNDP is currently preparing the tenders for the reconstruction.

On the Open Monument Day on the 2nd weekend in September 2021, a village of crafts and building specialists was held on the square in front of the cathedral. Participants were restorers of stone sculptures as well as carpenters and scaffolders.