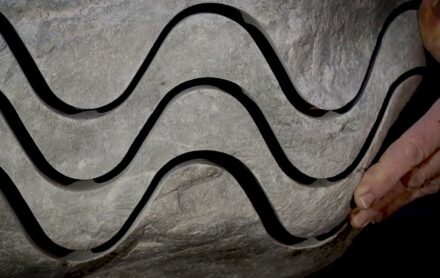 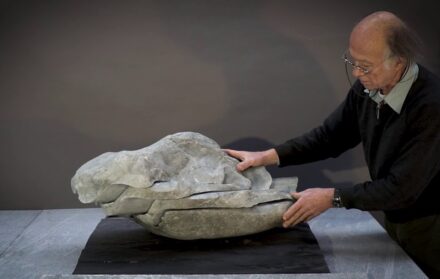 Erratic blocks usually have a rounded shape because they were ground down by the ice of glaciers or the water of streams. Artist Nicolas Bertoux has now given one specimen the appearance of a giant clam and made the individual parts movable.

Bertoux worked as an architect in his younger years and only later found his way to sculpture.

Perhaps this is the reason for his proximity to modern techniques, which he also applied to the boulder with the title “Living Stone“: the massive piece of slate weighing more than 100 kg was cut into wave-shaped slices by a CNC machine with a diamond wire.

Such shapes are known from giant clams, and so “Living Stone“ was not quite familiar to us at first.

After all, the individual waves are movable – they can be pushed forward or backward, independently of each other. 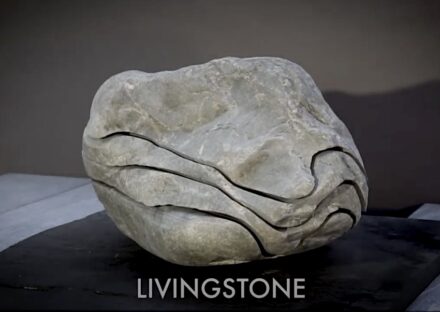 “The stone starts to breathe“ is what one description says.

Nicolas Bertoux told us how he made this new mobility of the stone possible: the shafts run on guide rails, similar to those on which a large 3D printer moves.

In a video, you can see the artist very carefully turning and pulling apart his work – the thing has built-in stoppers, but they’re not perfectly developed yet.

Bertoux plans to create a series of moving stones soon, “specimens with different shapes and cuts,“ he says. What fascinates him about the subject, he says, is the interplay of material, technology, and an idea, from which something entirely new is being created here. 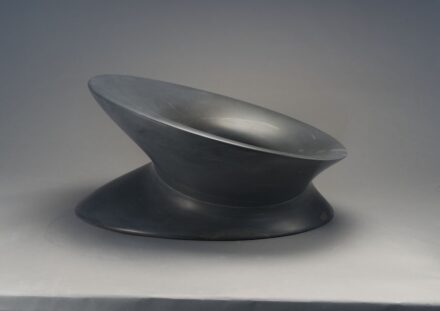 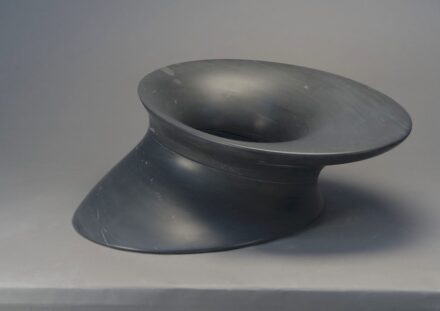 There is also a precursor, namely the sculpture “Black Hole“: here the upper part of the black Nero Marquina marble is rotatable – which immediately makes us as viewers think of the unimaginable forces with which such a surreal cosmic entity devours its surroundings.

Nicolas Bertoux, together with his partner Cynthia Sah, has created numerous monumental sculptures mostly in Carrara marble, most of which are displayed in Asia. In a former stone-cutting workshop in Seravezza, not far from Carrara, the two have set up the Fondazione Arkad, which organizes seminars for sculptors there and also works to preserve the historic site.