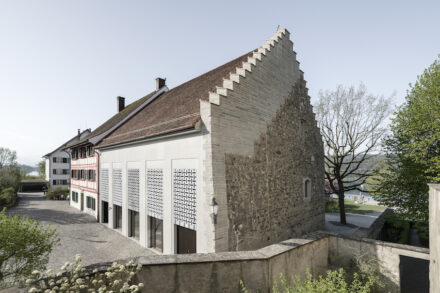 For the first time, the award was presented in the categories of architecture and landscape design by the Pro Naturstein consortium

“SuperHink“ is the name of a new prize architecture with natural stone, which was awarded for the first time in 2021. The title alludes with tongue-in-cheek to the menhirs (Hinkelstein in German) from the Asterix and Obelix comic strip and picks up on the shape of the trophy for the winners. The prize is awarded to projects “that distinguish themselves through a confident and ingenious use of natural stone as a sustainable building material,“ as the documents state. There were two winners this year, each of whom received prize money of 2500 Swiss francs, a certificate and a trophy. 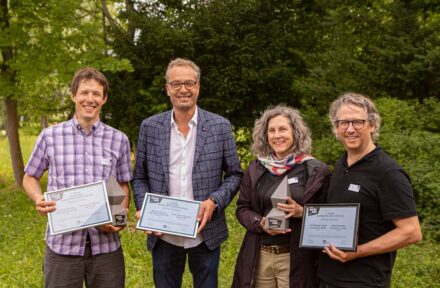 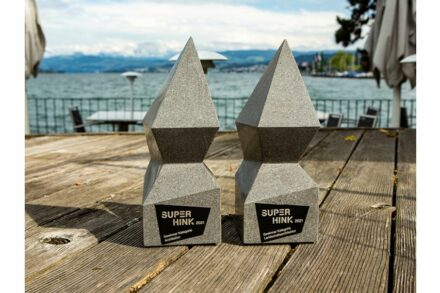 The prize was awarded by the Swiss Pro Naturstein consortium.

The prize in the architecture category was awarded for the redesign of the Landenberghaus in the village of Greifensee, not far from Zurich. The task was to make a building from the Middle Ages fit for modern uses without changing its character as part of the romantic “Städtli“ – a quaint town -in the village. In plain language: the house was to have a large hall for concerts or festivities and, in addition, rooms for the artists, the kitchen and the clubs.

The architects of the offices Horisberger Wagen and Stehrenberger, both from Zurich, purposefully intervened in the building: they raised the roof and moved a façade. 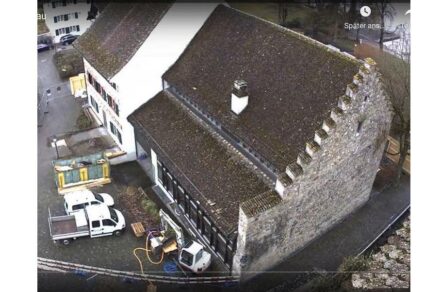 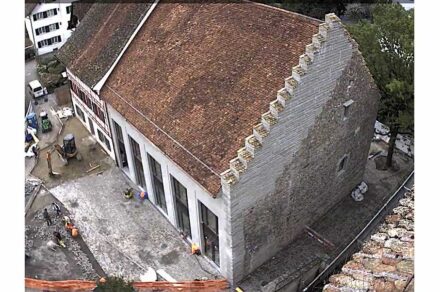 The changes were oriented to the rectory, to which the Landenberg House is attached. 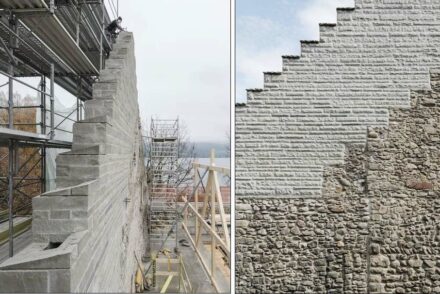 But on the other hand, the architects were “gentle“ with the ancient masonry: the stepped gable, made of rough quarry stone masonry, was retained, and topped with new masonry. Its stone ashlars are modern cut and hewn by hand.

The contrast between old and new is unmistakable, both from the outside and inside. The architects describe the old masonry as a “leitmotif“ for their design: it “becomes the actual voice of the building, shaping the atmosphere and room acoustics of the theater and concert space.“ 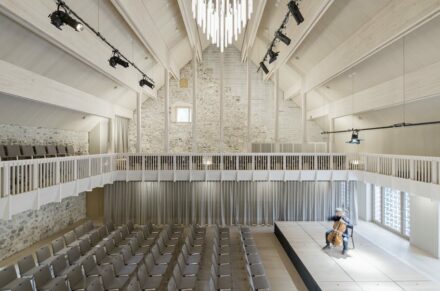 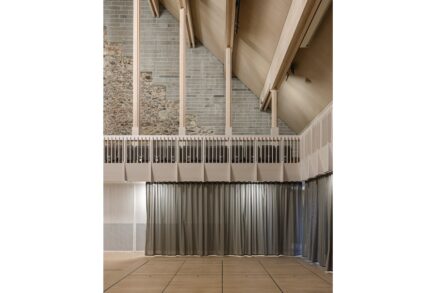 There is another contrast between raw and processed, namely in the comparison of the noble wood paneling inside to the old masonry. 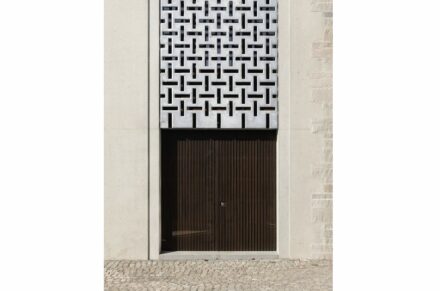 The concrete of the new exterior façade was matched in color to the historic stone with aggregates, creating a contrast to the white metal grids. 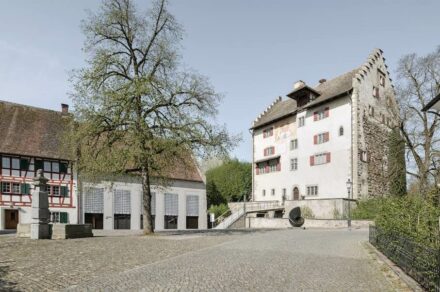 Together with the neighboring buildings, the Landenberghaus breathes the breath of many centuries. The webpage of the house gives an impression of the gastronomy and shows a video of the reconstruction.

The stonework was realized by the Guber Naturstein company from Alpnach.

The Pro Naturstein consortium has 12 Swiss natural stone companies as members, with a further 16 companies associated. It has existed for 30 years and cooperates with the associations Jardin Suisse, NVS (Naturstein-Verband Schweiz) and VSBS (Verband Schweizer Bildhauer- und Steinmetzmeister). Due to the large number of submissions, the prize will be offered again next year.