Miscellaneous: news all around natural stone 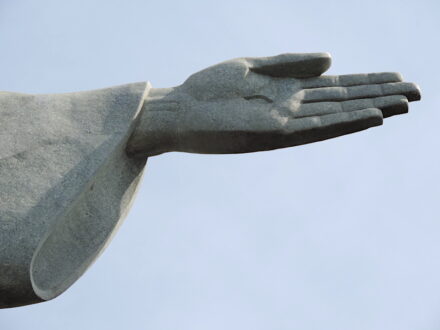 90 years old is the famous statue “Cristo Redentor“ (Christ the Redeemer) in Rio de Janeiro. It is made of reinforced concrete and covered with soapstone. The construction was completed after 9 years on October 12, 1931, atthe cost of US-$3.3 million. In 2010, the impressive monument high above the city had undergone a major renovation.

The University of Wisconsin has removed a 70-ton boulder from its Madison campus at the request of minority students who viewed the rock as a symbol of racism. The stone had been referred to by a slur for blacks.

The international congress „Mármore do Alentejo: da História ao Património“ (Alentejo Marbles: from History to Heritage) will be held from October 25 to 27, at the Parque do Alentejo de Ciência e Tecnologia (PACT) in the city of Évora. Inscriptions are open (Portuguese).

The replica of Michelangelo’s David in the Italian pavilion at the World Expo in Dubai will have the statue’s buttocks and genitals covered.

Italy’s exports in the first 6 months of 2021 have reached + 33,6% in stone and +38,8% in machinery compared to the first half of 2020, Confindustria Marmomacchine association informed on the occasion of Marmomac fair (Italian).

NASA’s Lucy mission was launched on October 16, 2021, to fly by one main-belt asteroid and seven Trojan asteroids to investigate these “fossils” of planetary formation.

The slate initiative in Spanish Galicia (Cluster da Pizarra de Galicia) lists on its web page activities to promote the material more for use in construction. Two prizes will be launched, one for drawings by school children and one for journalistic texts (Spanish).

Video of the month: Polycor Inc. honors its veteran employees by collaborating with the Veterans Portrait Project. Photographer Stacy Pearsall’s vision celebrates the commitment of those men and women.