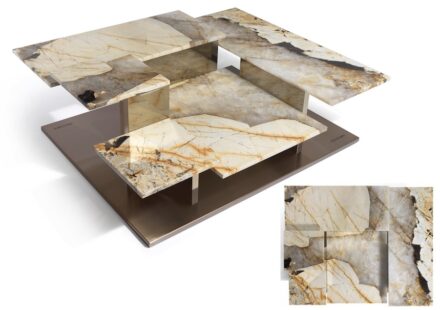 Despite the pandemic, many design ideas were presented outside the Salone del Mobile fair in the city center

The FuoriSalone and the big furniture fair in Milan (Salone del Mobile) belong together for years like 2 unequal siblings. Translated roughly “fair outside the fair“, the FuoriSalone is a presentation of design objects in the city center, where galleries, showrooms or even old factories are converted for the time of the fair.

FuoriSalone took place once more this year. And once again it was evident: the furniture industry is increasingly embracing natural and artificial stone as a material.

We show a few examples.

Novelty at the company Visionnaire was the side table “Building“ made of Patagonia marble (photo above): for this, a large slab had been cut into 5 smaller areas, which in turn were arranged as different heights in a side table. So, from some distance you could still guess the original plate. The stone, a mixture of marble and quartz, gave intriguing effects depending on the lighting, when the quartzite suddenly became translucent. The designer was Alessandro La Spada, who has often used natural stone for the company’s furniture pieces. 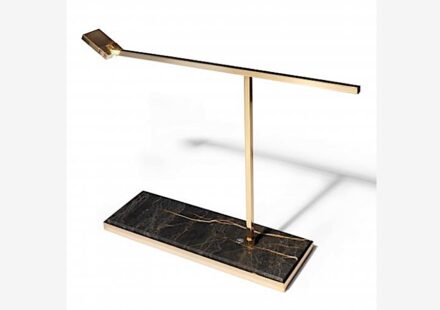 La Spada is also the creator of the lamp “Barnaby“. Its marble base serves as an electrical charging station, so the lamp itself does not need a cable. A cell phone can also be charged.

We refer to a video on the company’s webpage, in which a realization from the times of the pandemic is reported: in the future, both the spaces in an apartment or house and the pieces of furniture would have to be more flexible in use and multifunctional. Shown is the sofa “Babylon“, the back of which is open and provides storage space. 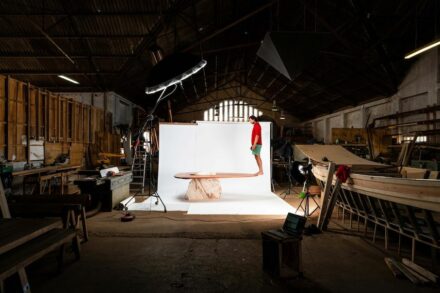 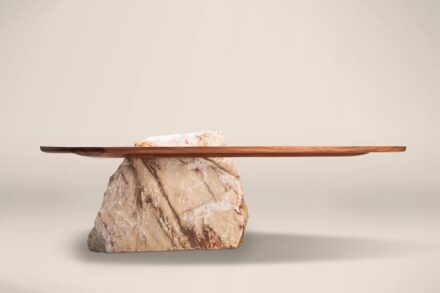 In Palazzo Litta, a magnificent building with a lot of natural stone, MoscaPartners showed works by Mircea Anghel, among others, under the motto Design Variations 2021. “Lose Control“ is what he calls his tables with a raw block of natural stone as a base that pokes through the finely crafted top. 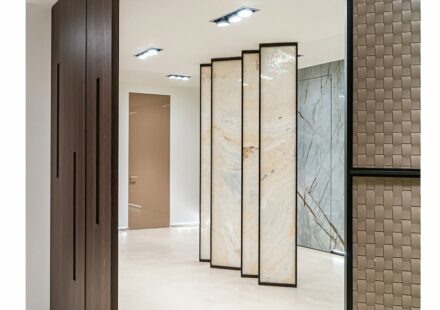 Linvisible is a manufacturer of doors and sliding doors, sharing a showroom with the window company Gorlini since June 2021. Together with the natural stone company Testi Group has been developed thin slices of natural stone, which are translucent or applied to other materials on the door leaves. 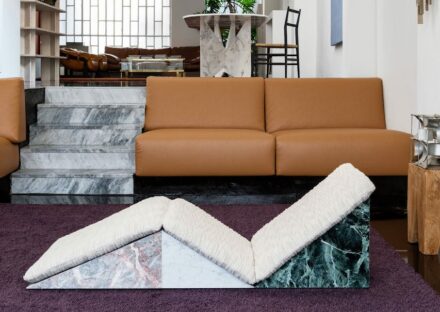 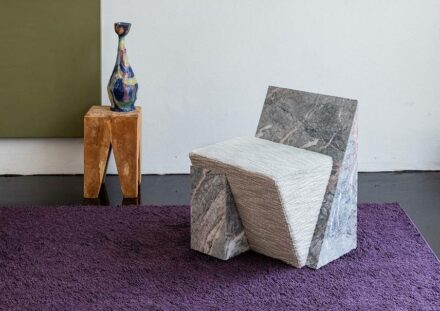 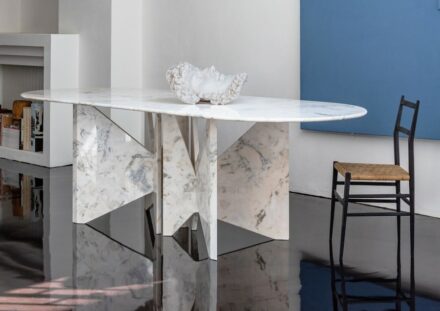 La Chance is a Paris-based design company producing furniture and accessories. In a cooperation studio Hannes Peer Architecture from Milan came “Marmini I“ chaise longue, “Marmini II“ tabouret and “Lamina“ table. They rely on the intersection of marble slabs. To augment the seating comfort, an oversized cushion with Lelievre fabrics covers the two seats. 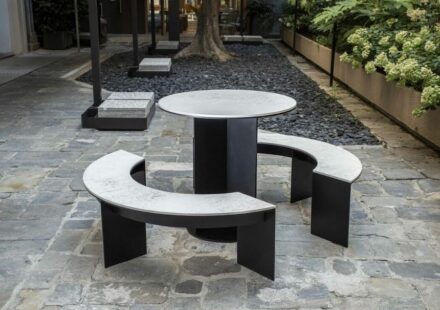 The Spanish Cosentino Group presented the table “O“ made of Engineered Stone Dekton in the Nilium shade. The designers were Mariana and Gustavo Martini, who had been inspired by the shape of a circle. The press information points out the special properties of this Engineered Stone: It is “resistant to chemicals, UV rays and extreme temperatures, so its color and dimensional stability remain unchanged. Its water resistance and low maintenance requirements make it an extremely versatile and durable solution.“ 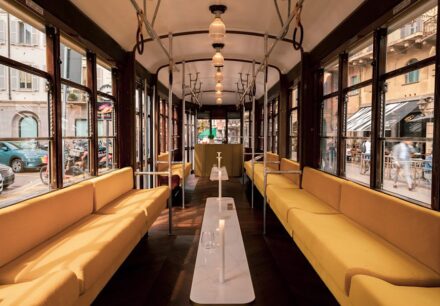 The architect Michele Perlini had designed a historic carriage of streetcar K35 as a modern living space and even integrated a small kitchen island. It was done in collaboration with furnishing brands and the artificial stone manufacturer Lapitec. During the Design Week, the car traveled through the district of Brera.