In the collection “Proiezioni“ (Projections), the designer Elisa Ossino brings light and shadow to marble tables 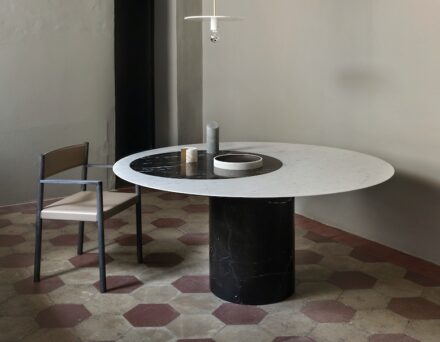 For maximum contrast between light and dark, the company Salvatori provides the precision of its inlays, where absolutely no joints are visible

“Proiezioni“ (Projections) is the name Elisa Ossino has given to her collection of tables of various shapes and sizes for the Salvatori company. She refers to the cinema or the slide show, where you sometimes experience the phenomenon that in the dust of the air the light of the projector becomes visible as such, like a solid beam. The designer picks up on this image twice: once in the columns of solid stone on which the tables rest, and then in the tabletops, where geometric shapes are inlaid as inlays.

These inlays are partly displaced from the center of the tabletop – one might think that the projectionist had not yet finished setting up the projector. 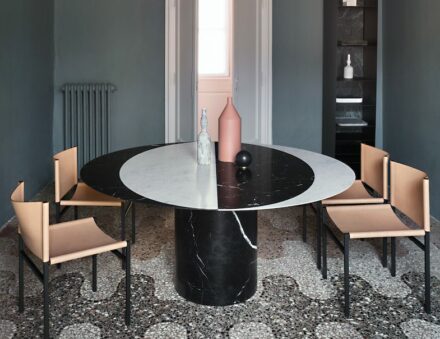 For the inlays, different shapes from round to angular are played through. There are also variants of rectangles.

For the tabletops, as for a projector, the focus plays the central role: in the case of the stone, it is a matter of fitting one variety into another with the utmost precision, so that no joint is visible. 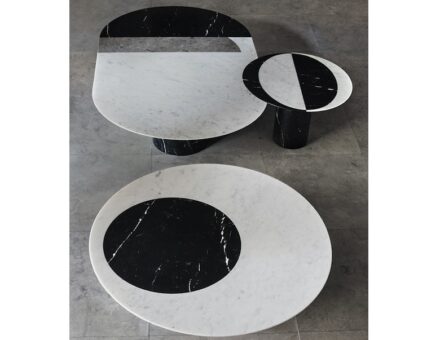 Plates are available round or square, or oval on two legs. In the largest version as a dining table with ten places (72 cm high, 300 x 150 cm), the piece of furniture weighs an impressive 522 kg. The smallest side table (35 cm high, 60 cm diameter) weighs 83 kg.

The variants are also available without inlays. The tables are not intended for outdoor use. 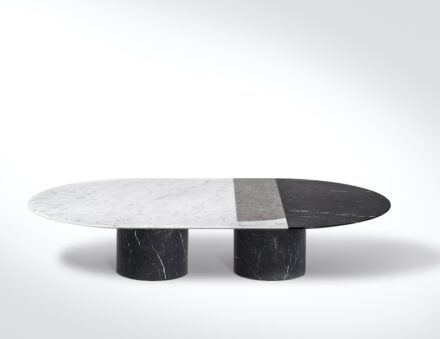 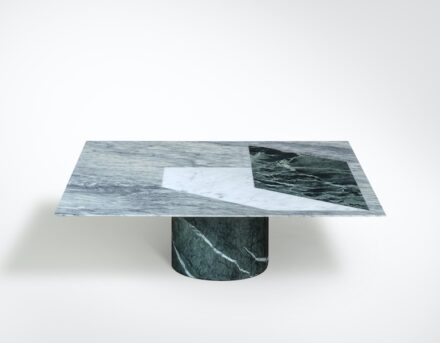 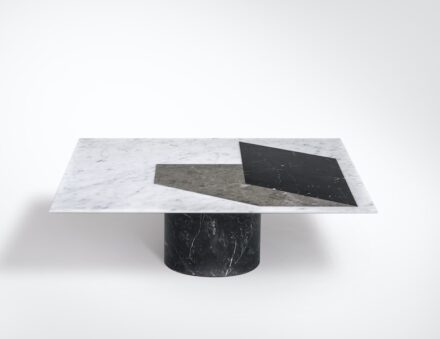