“Angelo O“ by Belgian designer Leo Aerts: the successful shapes of the tables have been reduced to the size of cake plates 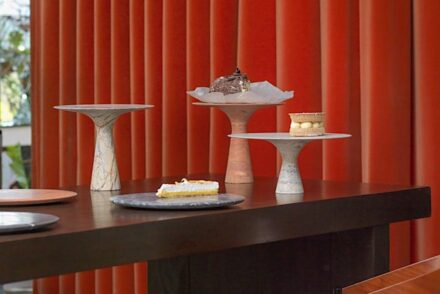 The saying “Never change a winning team“ is repeated on countless occasions. Now the Belgian designer Leo Aerts has also applied the thought to his design objects: in the novelties to his brand “Alinea“ he has kept not only the name of the predecessors, but also their shape, and yet created completely different objects for the exclusive household: the previous dining table and side table, both named “Angelo M,“ have now become plates for the presentation of cakes, cheese, or sweets, either with or without a foot. Their name is “Angelo O“. 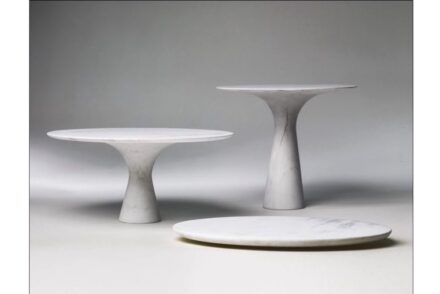 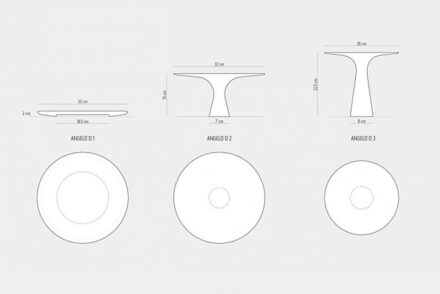 Actually, and we admit it right away, the designer has also said goodbye to the motto mentioned at the beginning – but at least the plate still has the recess in which the foot is usually fitted. 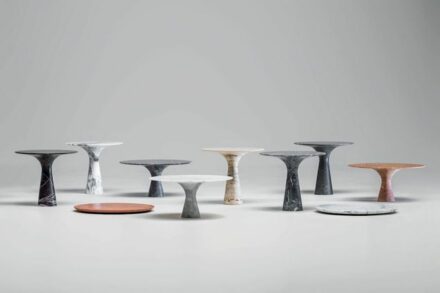 By the way, the saying with the winning team was coined by Sir Alf Ramsey, coach of the English national soccer team who helped his country win the title in the famous final at Wembley in 1966. Before that, he himself had been successful as a player in various clubs and in the national team. In 1967, the Queen knighted him.