With the “Claustra“ plug-in system, slabs of natural stone become walls with a view and air circulation 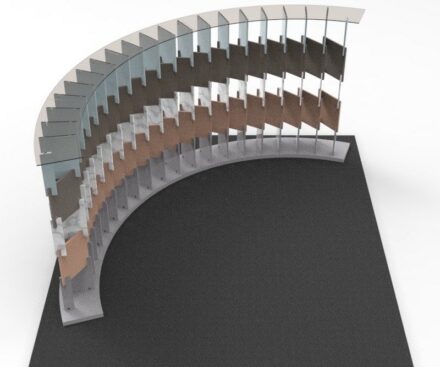 Slabs of natural stone are widely used in architecture to cover the façades of buildings and hide thermal insulation. A completely new idea was presented by Professor Giuseppe Fallacara at the Rocalia fair in Lyon November 30 – December 02, 2021: it is a self-supporting plug-in system that makes possible a variety of “shields“ in front of or inside buildings.

“Claustra“ (cloister) is the name given to the development by the professor from the Polytechnic University of Bari (Poliba) and his team. This alludes to a special feature of the construction: such walls and spaces are open, so that light and air can circulate, while at the same time the view through or out is limited.

In addition: the construction looks lively from the outside and inside, and the use of different types of stone allows color patterns to be applied to the wall. 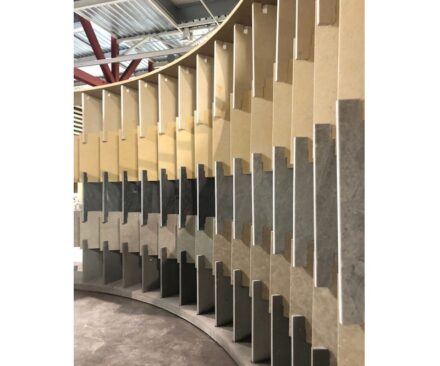 The prototype of “Claustra“ surprised visitors at the natural stone fair in Lyon. For the construction was undoubtedly stable, although the individual parts were only plugged together. 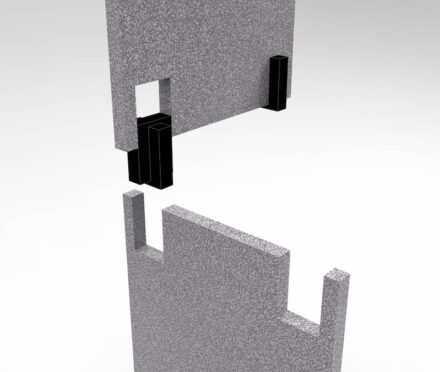 One detail is important: where the slabs are inserted into each other, small collars are used. These ensure that stone does not meet stone. In the prototype, they were made of recycled plastic and had been produced by a 3D printer. 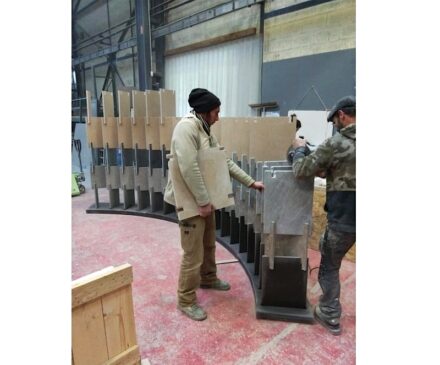 The bottom row must have been anchored in a kind of foundation, and the top row in a kind of roof. This can be done by plugging in again, or with metal brackets, for example.

Fallacara says the maximum size of the panels is 1 m high and 5 cm thick, because larger dimensions make installation difficult, even with a crane. In Lyon, the elements were sized so that 4 to 5 rows on top of each other resulted in a floor height (2.7 to 3 m). The thickness of the elements was 2 cm. “Everything could be assembled and disassembled by hand without any problems and with maximum speed,“ Fallacara cites another strength of the structure.

The next step will be to get official approval for the construction.

But not only straight or tilted walls are possible with the plug-in system. Together with the French company SNBR, Fallacara is working on a barrel vault based on the same principle.

Fallacara is a professor of architectural design at Poliba. He has gathered around him students and collaborators there who derive modern constructions from old ideas such as stereotomy. Fallacara is also a member of the New Fundamentals Research Group. 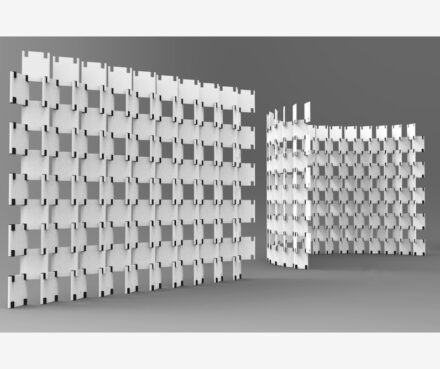