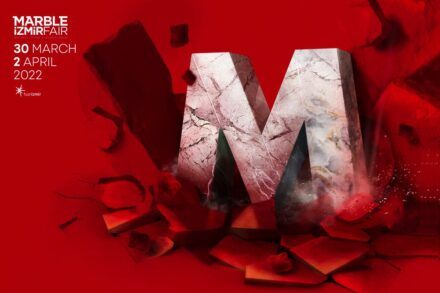 The 27th edition of the “Marble Izmir“ fair returns to its usual calendar: it will be held from March 30 to April 02, 2022, when spring is already in bloom in the city on the Aegean coast. After last year’s date in summer due to the Covid-19 pandemic, which was meant as a “hopeful new beginning“ for the sector, the organizer İZFAŞ is now aiming to bring business back to normal.

Thus, at a meeting of the advisory board in February this year, even the date for the 2023 event was decided: from April 26 to 29.

The fair location is the same as it has been since 2015 on the modern fairgrounds in the Gaziemir district with a total area of 119,400 m², of which 78,750 m² are in the 4 halls. Previously, since 1995, the show had been held in Kültürpark in the city center but had outgrown the possibilities of that site by far. 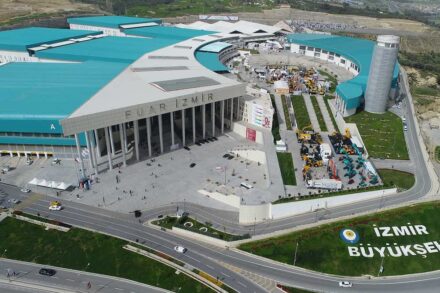 In Gaziemir, not far from the airport, this year, as usual, the natural stone suppliers will be located in halls A and B. In part of Hall C, the companies for machinery, tools and accessories will show their products, according to the fair. Raw blocks are to be presented in the outdoor area behind Hall C.

As a reminder: in 2018, before the world had an idea of the virus, just under 1500 blocks had been presented – a third more than in the year before, with an equivalent of about 30,000 tons.

This year will be far from that and from the number of exhibitors and visitors of previous events. However, the organizer, together with the city of Izmir as the owner of the fair, had already earned merits in 2021, when it did not cancel the event, but postponed it to the end of August.

That year, Marble Izmir had been the 3rd fair held in-person – after the Xiamen Stone Fair in May and the Coverings in Orlando in July. Others came later. 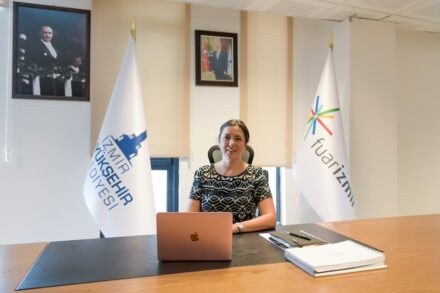 Mrs. Canan Karaosmanoğlu Alıcı, İZFAŞ General manager, emphasizes the importance of such in-person meetings in a press release: “Fairs are extremely important in terms of bringing all the actors of the sector together, introducing innovations, and enabling new commercial connections between exhibitors and visitors.“ 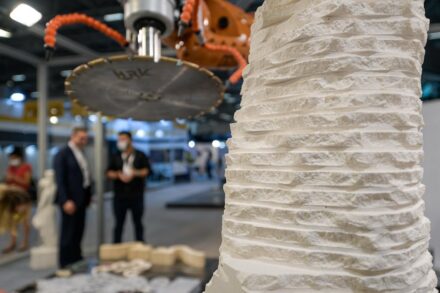 She also points out that natural stone‘s competitors have invested heavily in marketing and PR in recent years: “Thanks to marble fairs, it can be explained to the public why natural stone should be used instead of ceramics and others. Those artificial materials have recently come to the forefront against natural stone.“

The program includes:
– Students will present their prototypes of product design with natural stone. The fair organizer has announced this competition for the 4th time;
– as usual, a Hosted Buyer Program is held;
– announced on the webpage of the fair are also the International Stone Congress and the World Stone Summit.

The press release of the fair quotes some of the advisory board members:
* İbrahim Alimoğlu, Chairman of the Turkish Marble, Natural Stone and Machinery Manufacturers Association: “I present my best regards to all our participant friends. I always stand by my sector. Marble Fair is ours. First of all, I would like to thank firstly to the Mayor of İzmir Metropolitan Municipality, Mr. Tunç Soyer, all members of the sector and İZFAŞ for their contributions to the sector.
* Aydın Dinçer, Chairman of the Board of Istanbul Mineral Exporters’ Association: “As in last year, we, as all Exporters’ Associations, should support İZFAŞ in order to add strength to the fair in bringing purchasing committees by allocating as much budget as possible”.
* Ali Emiroğlu, Chairman of the Board of Directors of the Turkish Miners Association: “We have one of the three largest fairs in the world. Marble İzmir is the most important fair of Turkey and our industry. Although the whole world was going through a difficult period in many issues, this difficult period also provided different advantages to our country and our industry and we realized an export of almost 2 billion dollars. I think this amount will continue to increase this year as well”.
* Mevlüt Kaya, Chairman of the Board of Aegean Mineral Exporters’ Association: “We are one, we are a whole. Together with İZFAŞ, all Exporters’ Associations and the members of the sector board, we will put our hearts into the fair and organize a very nice fair. We will support İZFAŞ by doing whatever we can.”
* International Stone Congress President Prof. Dr. Faruk Çalapkulu: “Our Marble Fair started with Marble Love Road and has become one of the most important fairs in the world today. While there are many fairs in the world that could not take place due to the pandemic, İZFAŞ achieved great success with the support of İzmir Metropolitan Municipality. Now we will spend all our energy and support to have a successful fair”. 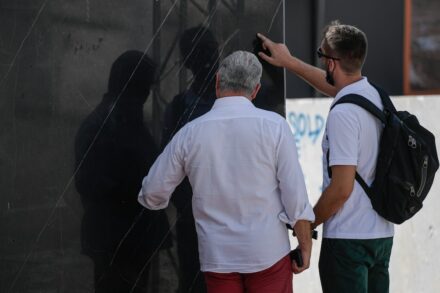 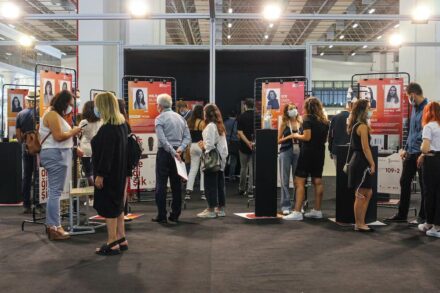 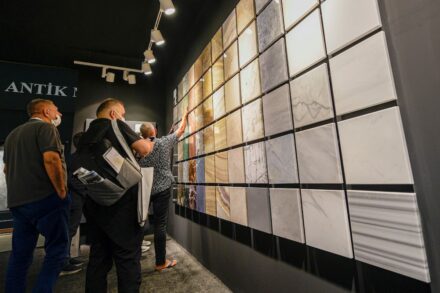 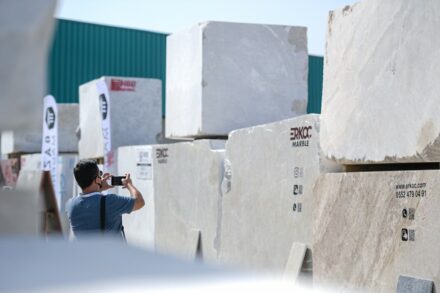