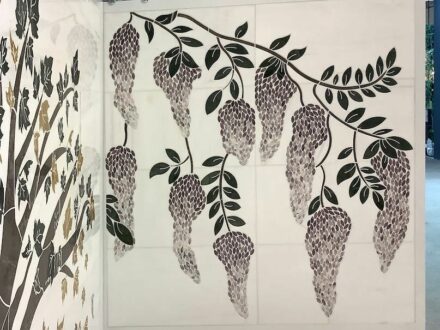 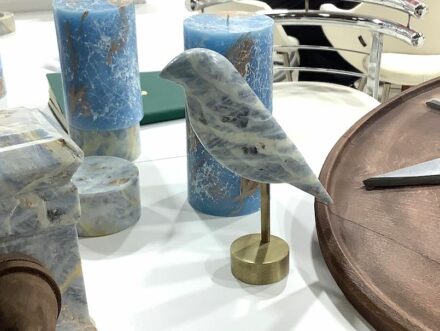 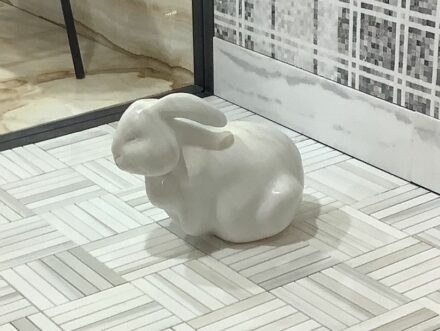 Economic decisions have a lot to do with gut feeling and psychology. This was also evident at this year’s Marble trade fair in Izmir (March 30 to April 02, 2022): the mood was really good, characterized by the feeling of finally having overcome the Covid-19 pandemic and returning to business as usual. However, the fact that the ongoing war in Ukraine even threatens a recession for the global economy was simply suppressed in the elation of the new start.

The fair organizer Izfas had announced for this 27th issue of its Marble in advance over 1000 exhibitors and more than 80,000 visitors. That was, at least from the number of exhibitors, almost the state of 2019 before the pandemic. And indeed: the halls were again completely occupied with stands, there was plenty of visitor traffic in the aisles, and wherever you looked, people were engrossed in intense conversations.

As a reminder, there had been no show in 2020, and the 26th edition in 2021 had been postponed until August. At that time, the rear part of the halls had remained closed, and some booths had nevertheless stood there lonely like islands in the middle of no man’s land. 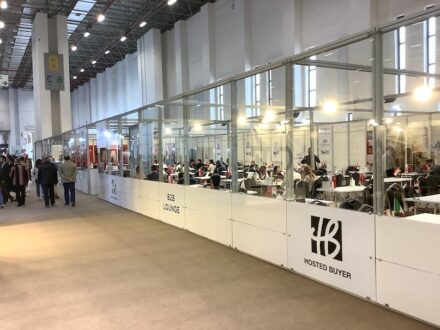 In this respect, Marble 2022 was once again a completely normal event. Although, it should be noted, some of the visitors were attracted by artificial means: a very extensive Buyers Program brought more than 700 guests from numerous countries to Izmir.

We only want to mention the 200 people from India who had already been invited the previous year and who could only arrive now because of the pandemic. Everywhere one met persons of color and with Indian facial features – by the way, last year it had been similar with visitors wearing typical Arab attire.

Actually, the Turkish government has supported its natural stone industry for years. Marble, Travertine and Onyx are, after all, reliable foreign exchange bringers. In view of the weakness of the Turkish Lira, it is currently easy to sell Turkish blocks to China and India or final products to the USA and to Europe.

Buyers were even invited from Brazil, even though the country itself is a major player in the international stone trade. Apparently, the profit margin for importers there is so high that it is worthwhile to open up this market for Turkish stone.

Just briefly, the current export figures (we will present them in detail in a separate article): in 2021, Turkey crossed a magic line with natural stone exports worth US$2.092 billion. Compared to the previous year, this was an increase of almost +21%! However, this extreme increase is due to a catch-up effect after the pandemic year 2020.

One comes closer to the actual development of the Turkish stone exports by comparing the current sums with the last normal year 2019: here the increase amounts to +13%. Given the huge dimensions at stake, even that is still a considerable achievement. No wonder that on the eve of the fair there was a ceremony where İMİB (Istanbul Mineral Exporters’ Association) awarded 20 companies for their achievements in exporting blocks or finished products, respectively. 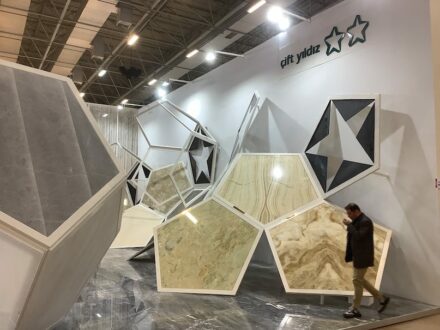 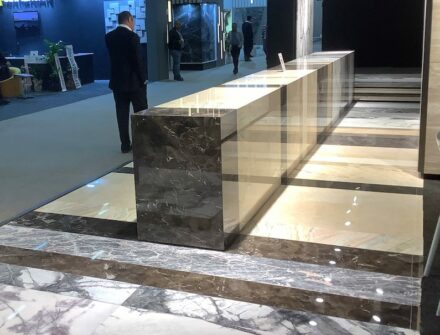 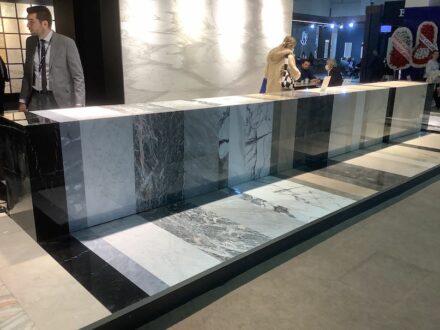 We show some photos of booths and products that caught our eye. We will report separately on the fourth edition of the design competition for students.

We would like to draw special attention to an innovation from the field of virtual presentations. Even before the pandemic, there had been attempts by trade shows to go online, and companies had also tried their hand at virtual showrooms. Now Alimoğlu company presented its “Metaverse“: here you can walk through the digital presentation via avatar and – most importantly – be guided by a virtual salesperson.

This is a new quality in this field, recreating the direct dialogue from the real world. We will present the project in more detail soon and also discuss other concepts of such virtual showrooms.

It is interesting to note that it is a Turkish company that was the first to take up the topic.

The new self-image of many Turkish companies can also be seen in their courage to get involved in such opportunities and thus stand out worldwide, and not only in the export figures mentioned above. 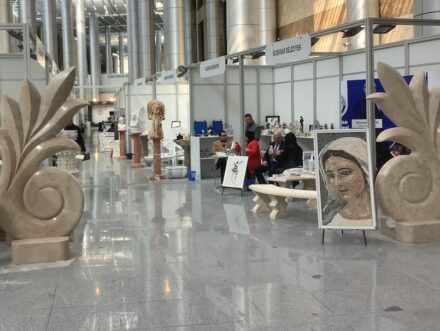 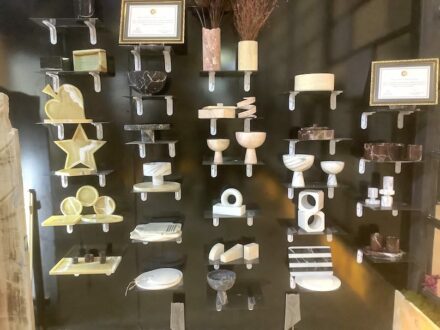 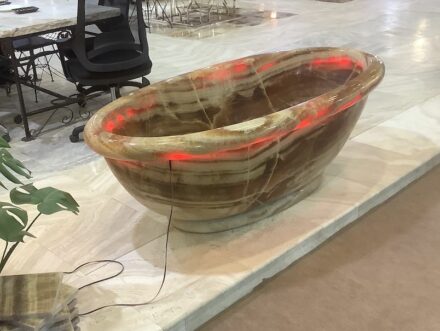 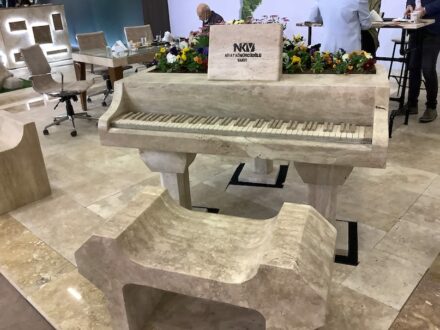 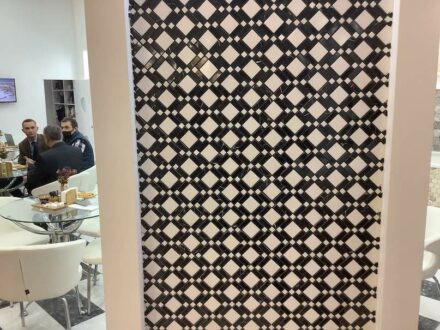 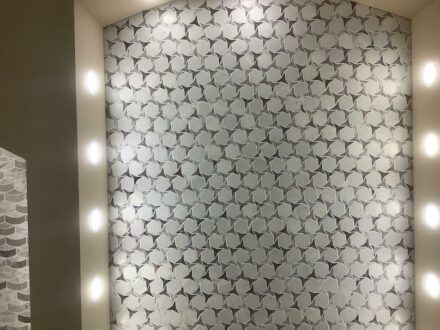