In the Italian village of Pieve Fissiraga, a street game commemorates the violence in the 2004 School Siege in the North Ossetian town of Beslan 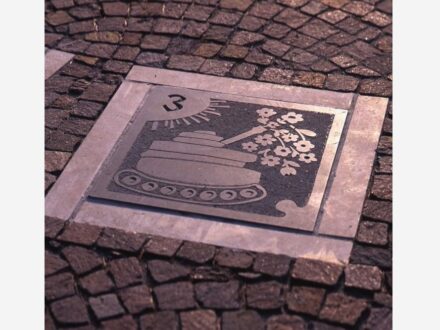 “Peace“ was the theme for the design of the new piazza in the village of Pieve Fissiraga between Milan and Cremona in 2005. A year earlier this was the site of the Beslan Massacre, also known as Beslan School Siege or Belans Hostage Crisis on September 1st. On that first day of school, when students, teachers, and parents traditionally met at School Number One in the North Ossetian town, Chechen terrorists had taken some 1,200 hostages. On Day three, Russian units stormed the building.

The design of the square was intended to commemorate the outbreak of violence. The stone company Animum Ludendo Coles organized an educational workshop together with teachers and children from the pre-school and elementary school in the village to develop a bouncy game. 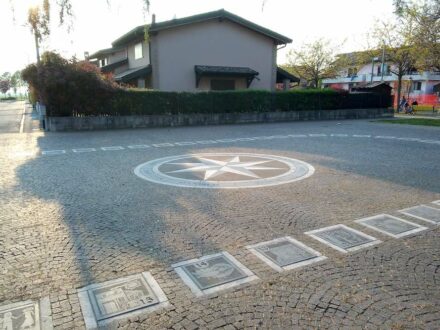 Anuminm Ludendo Coles has already developed many funny or simply beautiful games of this sort. But in Pieve Fissiraga, located halfway between Milan in Piacenza in the Po Valley, there are also stone tiles with which the children expressed their impressions, wishes, and hopes on the theme of peace. 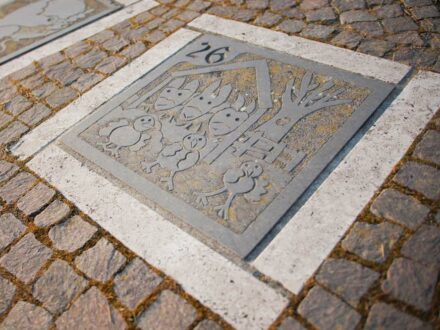 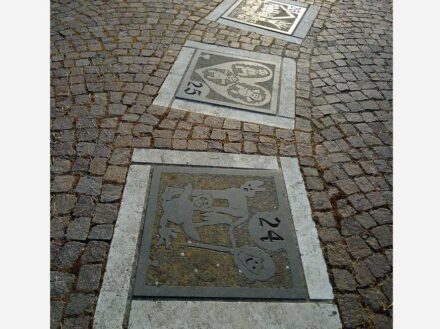 On the other tiles, the ideal world is depicted – the children’s favorite animals are shown. “At least one detail of the children’s designs“ is reflected in the tiles, says Animum Ludendo Coles. 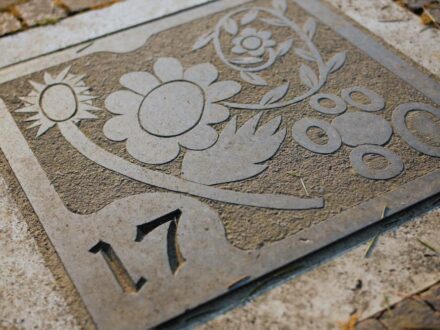 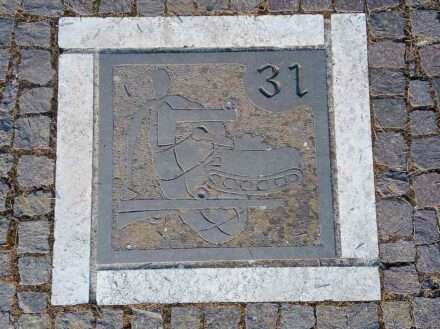 The game as such is based on the game called Game of the Goose, known by many names around the world: after rolling the dice, players move forward; along the path along tiles that stop them or move them forward, and, in the end, they have to reach the exact end point by rolling the dice.

Depending on the variant played, there is plenty of counting and calculating to do, and it can take time to find a winner. 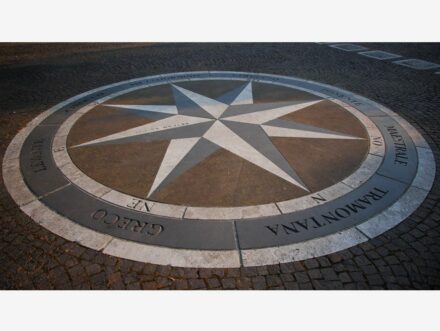 At the center of Pieve Fissiraga’s bouncing game is a compass rose showing the cardinal points and the distance to Beslan. The stone types used were Basaltina, Travertine, and the Santafiora sandstone. The pavement around it is made of red porphyry.

Basaltina with a border of travertine was used for the 55 tiles. 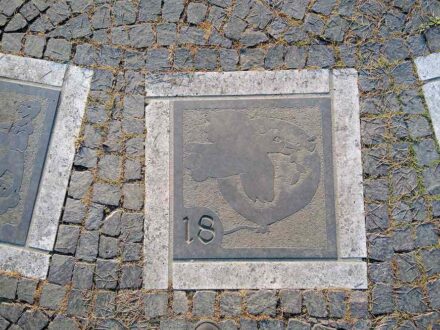 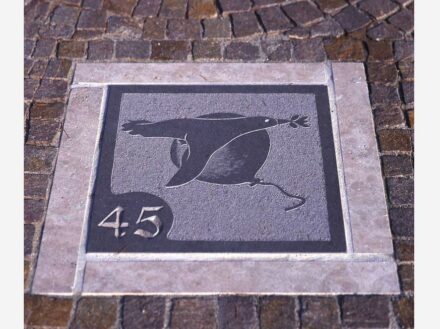 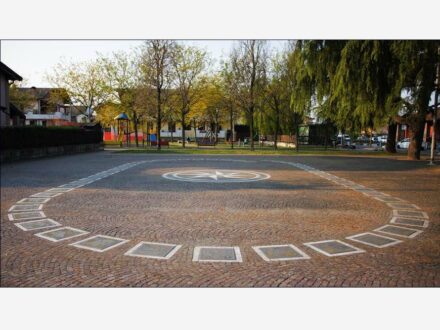