The sculptor Saied Ahmadi, born in Iran, studied in Ukraine and fled to Germany to live with a colleague when the Russian army bombed Kharkiv 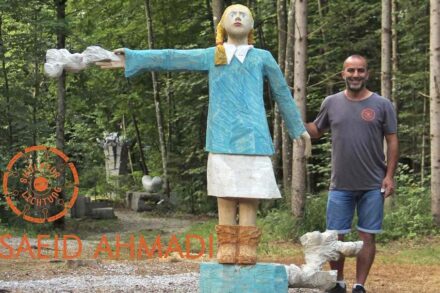 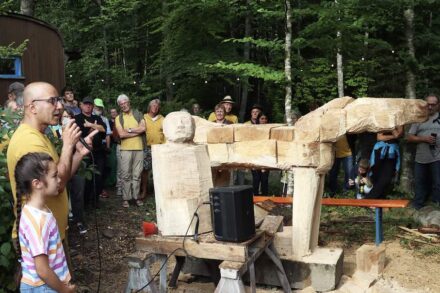 Saeid AHMADI is a border crosser, partly figuratively, partly literally: as a sculptor, he likes to incorporate other forms of artistic representation into his work, such as installations. As a native of Iran and after studying in Ukraine, life has since taken him to Germany.

Saeid, born in Tehran in 1970, worked in Iran as a jewelry designer. However, he felt his artistic possibilities were limited there because religion does not allow the depiction of human figures or faces. Because figurative design is not taught in Iran, studying at home was out of the question for him.

Russia as a place of study seemed a viable alternative to the family, but for financial reasons Saeid eventually went to Ukraine. At the art academy in Kharkiv, he learned to work with various materials, graduated and married the ballet dancer Eugene, with whom he has a daughter Gloria, now nine years old.

Over the years, as is customary for sculptors, he participated in numerous international symposiums, such as the 2021 one in Cyprus.

At one of these events, he met the German sculptor Tobel: Tobel has been organizing the International Kunstdünger (Art Fertilizer) Sculpture Symposium near Munich for 10 years, and in 2016 he in turn invited Saeid there.

Saied created the figure “Gloria“ at that time: a girl with braids and doves of peace. 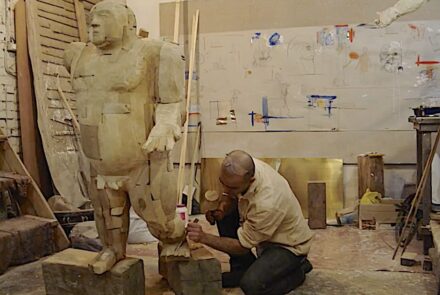 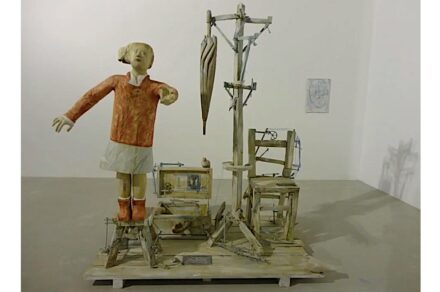 Last year, Saied received another invitation from Tobel to Germany: for the 10th anniversary of the Kunstdünger symposium in the summer of 2022, some of the alumni were to meet again not far from Munich. Saied agreed, he would like to come.

After February 24, 2022, Kharkiv, where Saied lived with his family at the time, was one of the first Ukrainian cities that Russian President Putin had his army bring under heavy fire in the war against Ukraine. The city, known for important testimonies to Bauhaus architecture, now lies in ruins. 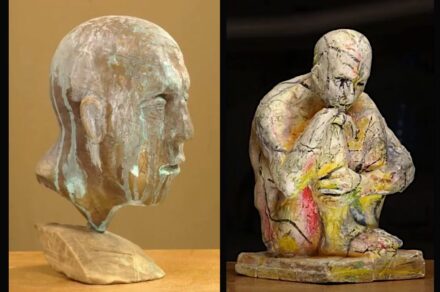 In the meantime, the family is in Germany and has its own apartment not far from where the symposium is taking place. Saied was allowed to leave Ukraine because he has another nationality. Close to Munich he can use the studio of Tobel, from the Gulbransson Museum nearby he got two commissions and there was even a charity auction in his favor.

An art association nearby has invented an artist-in-residence program from which he benefits.

About his art. His main material is wood. Usually these are large works that he carves out of a tree trunk. 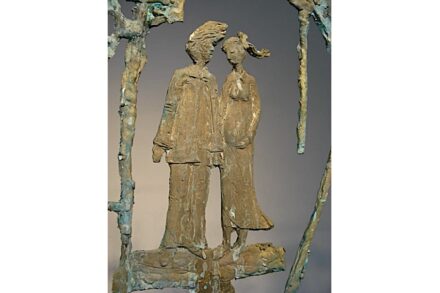 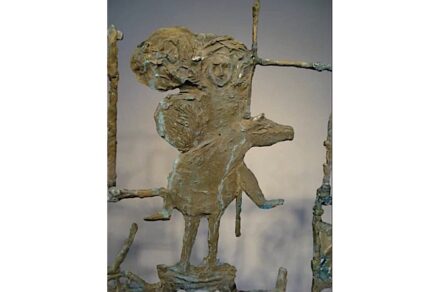 It is remarkable that for him, as a sculptor, the screw clamp is also one of the tools: occasionally he assembles a figure from various individual parts. Like a craftsman, he attaches great importance to a clean finish. He also uses color.

In addition to sculptures, among his works there are also installations with various elements.

The themes of his works so far have been experiences from childhood, he says, because “Our life and behavior have their roots there.“

At the moment, “Re-Civilization“ is the generic term over his works. He emails us the word and adds, “You won’t find it in the dictionary.“ 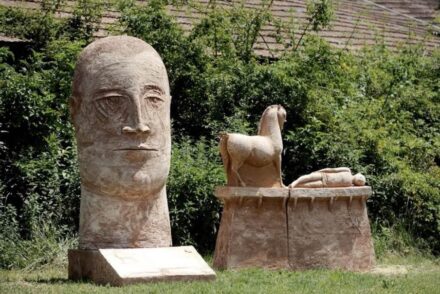