The 46th WorldSkills took place from September to November 2022, spread over 26 cities in 15 countries 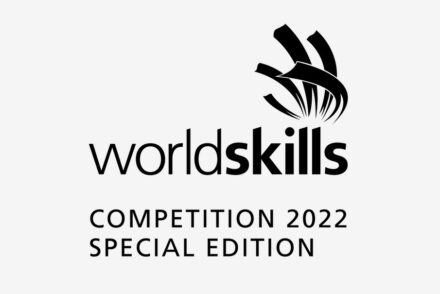 The WorldSkills 2022, initially planned for September in Shanghai, only took place with fewer participants, but spread over many countries. In May this year, the Chinese organizer had canceled the date after the Beijing government imposed rigorous travel restrictions as part of its Zero-Covid strategy.

As a result, WorldSkills officials had opted for an unusual way of staging the event: the World Championship of Professions, as the event with competitors up to age 22, is often titled, was extended to run from September 07 to November 26 in 26 cities in 15 countries around the world. There were more than 1000 participants from 57 countries and regions.

This year, architectural stonemasonry was no longer official participant in the competition. It lost its status because it did not gather the necessary 12 sending countries. 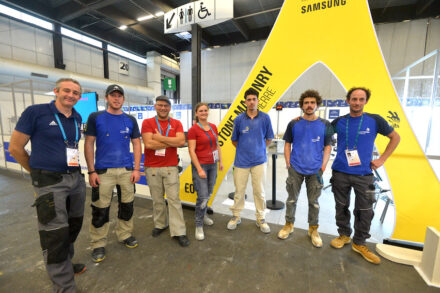 However, the tireless representatives of their profession had found a special arrangement in the WorldSkills regulations that at least allowed the stonemasons to participate inpresentation as “exhibition skills.“ Thus, Anna Karina Feldbauer (Austria) and Nino Delgado (France) demonstrated their know-how outside the medal ceremonies but under the usual conditions of the competitions.

Their appearance was in Bordeaux October 19 – 22.

To achieve greater interest in the stonemasonry profession, WorldSkills France launched an initiative for „Stonemasonry design“ (“Marbrerie Design“) last year. According to the website, the participants were asked to design a piece of furniture with (a part made of) natural stone and to produce a prototype. As part of the preliminary competitions for WorldSkills 2022, the participants created stools with 3 legs made of decorative stone. The French trade magazine Pierre Actual (2/2022) has presented the project in detail. 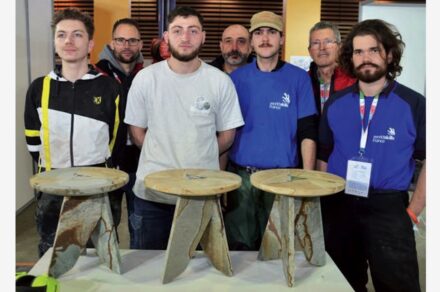