Design: Let there be light… or power 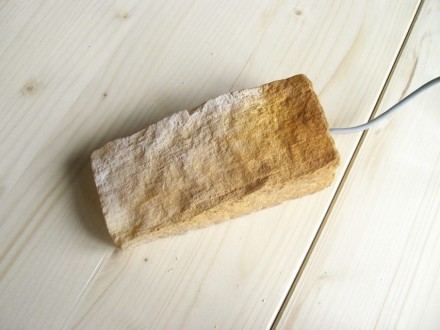 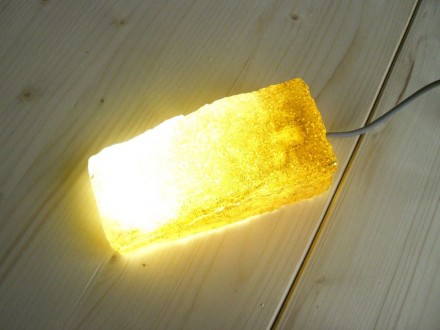 (August 2012) Some time back we pointed to the fact that the stone industry would have to compete with a nearly unbeatable rival: solar cells are positioned to edge out stone-plate-siding because of steadily increasing energy costs – unless a type of “entente cordiale” can be found in which both functions can come together to clad buildings.

An Italian-based company has come up with a solar cell with the outer appearance of stone or other material making it possible to intersperse stone siding with solar energy cells of the same appearance. 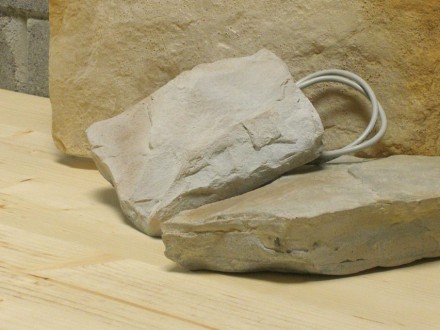 One step at a time. Dyaqua Art Studio Company is a Grumolo delle Abbadesse-based family enterprise in the Italian Province Vicenza. It was founded in 2000 and works with new material ideas, among others with luminous synthetic stone for use in restoration. 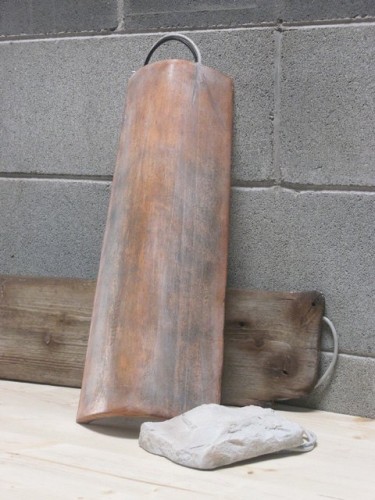 These luminous stones have a stone-like outer skin. To the naked eye the top layer looks dense but in fact it is translucent, thus allowing LED-lighting embedded beneath to shine through. The lot is mounted on a solid ceramic backing. 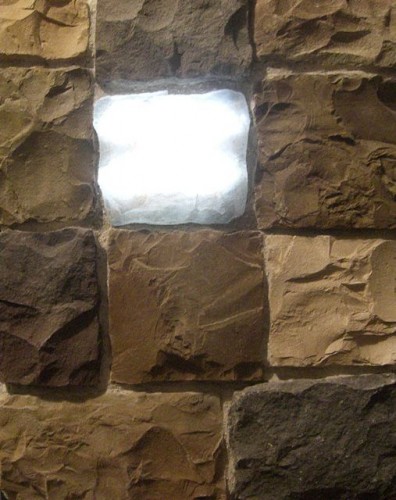 „LED Aqua Light“ is the name which the inventor-designer father, son and daughter Quagliato-Family-team gave the product in 2008. In production by now the luminous stones have withstood the test of time under true-life conditions at Capri’s Via Krupp where it was stipulated that the lighting was to remain invisible during day-light hours. The word aqua alludes to water which can be filled into any receptacle to take on its outer shape.

„The step to photovoltaics was but a small one“, according to a mail which Elisa Quagliato wrote us. If light can penetrate a layer from inside to outside, then the reverse path is also free – sunlight can penetrate to the inside.

After a phase of experimentation and some technical modifications the first prototypes were completed. „Photovoltaic roof shingles are currently undergoing the certification process“, according to Elisa. 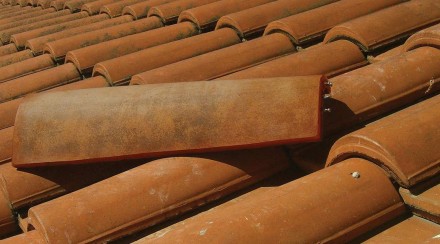 They will be ready for production in a few months from now. „Other prototypes are scheduled to be launched in 2013.“ The technology is patented. The invention has already won a number of prizes in Italy.