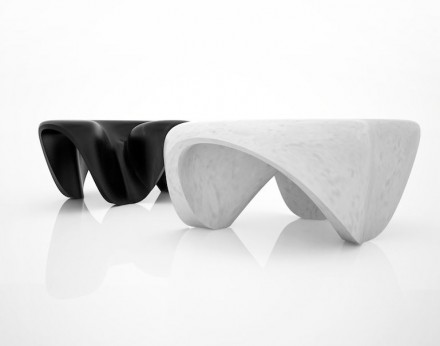 (June 2013) In the press release on Zaha Hadid’s stone tables the producer, Citco Company writes: he had the courage „of reinventing its material in an area like that of Veronese marble, asphyxiated and threatened by dullness“. 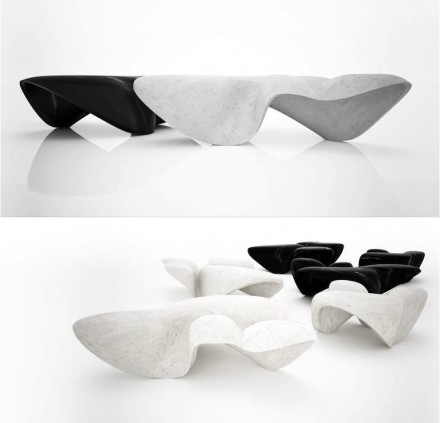 British-Iraqi architect Zaha Hadid designed three unusual tables for Citco which she unveiled at the Salone de Mobile in Milan. For Citco it was a maiden appearance at Salone de Mobile. The title of the collection is „Mercuric Tables Limited Edition“.

Fluid, almost liquid shapes are the norm for Zaha Hadid and this collection’s distinguishing factor. In fact, the pieces are more like works of art to be exhibited rather than furniture. They are, after all, only produced in limited edition and will thus allow their proud owners to adorn themselves with their new acquisition. 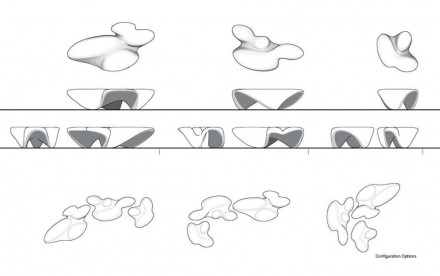 Zaha Hadid aleady presented works for Citco last year which could be seen at Milan’s Fuorisalone running parallel to the trade fair. Six walls showed the geologic evolution e.g. from eruptions or folding rocks. Last year’s installations were also produced in „Limited Edition”: only three of each piece was produced.

Citco has now published a photo album to the works. 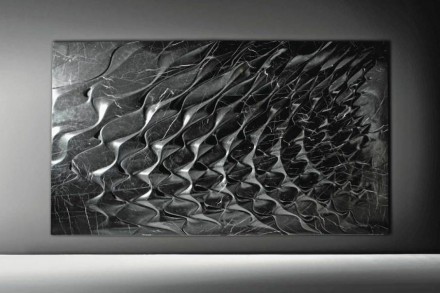 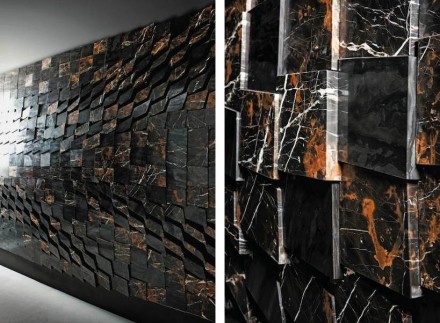 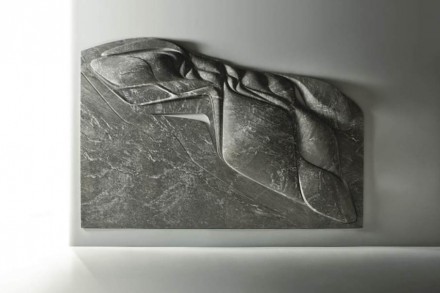 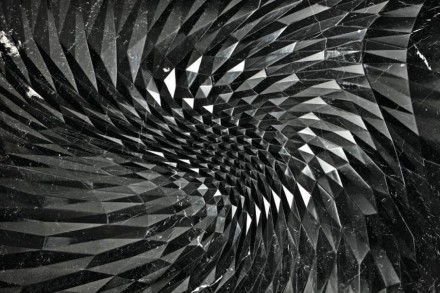 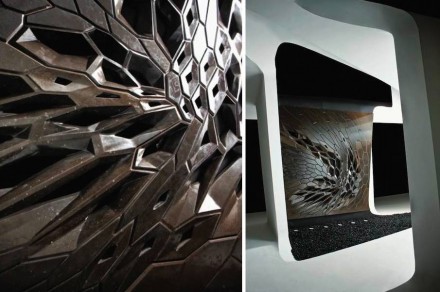 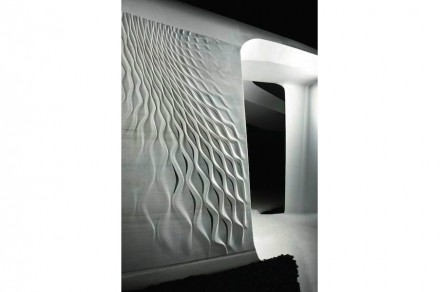