To give the visitors an extra value 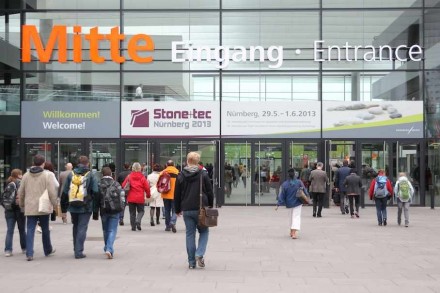 (July 2013) Globally national trade fairs for the natural stone branch have been struggling with dwindling numbers of exhibitors. Izmir’s Marble and Vitória’s Stone Fair, are the only exceptions. The Turkish fair is recognized as the center of Latin America’s booming trading grounds for raw blocks, at least in Brazilian circles.

This year’s Stone+tec in Nuremberg (Mai 29th to June 1st) has drawn its consequences in light of dwindling numbers affecting visitors and exhibitors alike and has established a whole new profile: it’s first target group is German-speaking stone masons, i.e. from Germany, Austria and Switzerland, for whom the fair is to be a compulsory making it obligatory for exhibitors as well.

Marmotec Carrara was a pioneer in new profiles with its marble Weeks which will take place from the end of June to August this year and offer a rich program including art, culture and everything revolving around marble.

It remains to be seen whether the new concept is able to attract visitors not only to the city but also to the Marmotec Fair. As far as Nuremberg is concerned, it is already clear that the new concept will reduce the size of the stone fair.

Willy Viethen, speaker for the Stone+tec has a clear answer implying rejection of constant growth. If Stone+tec is smaller but better, then this is a plus for all concerned. In order to attain better quality, Viethen has developed a new concept: a kind of Fair+: visitors will find a wide variety of solutions for challenges of everyday business in adjacent halls.

As has been the case for some time at Coverings or StonExpo in the USA, Nuremberg offered a lecture program worth its name.