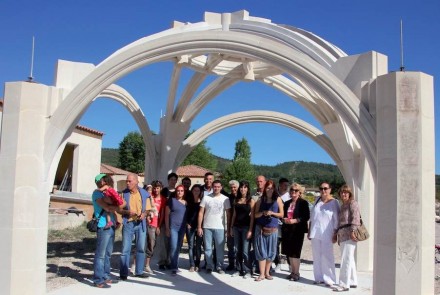 (July 2013) Should you, dear reader, per chance travel to the French Côte d’Azur this summer, we recommend an excursion to the backlands of the seaport of Toulon, more precisely to Brignoles home of the stone mason’s vocational school, Atelier de la Pierre d’Angle. Adjacent to it stands one of the winners of the 3ème Concours d’Architecture Pierre Naturelle, a freestanding limestone vault. 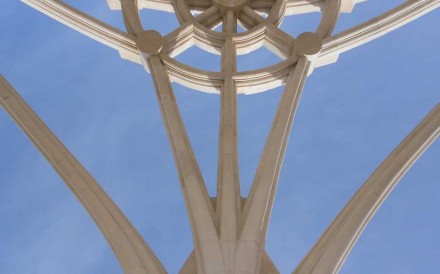 The construction transcends the rules of static complexity as well as stone masons’ skills.

Construction of the arches is based on a treatise by the Spanish architect Alonso de Vandelvira dating back to the 16th century. The plans were never realized. 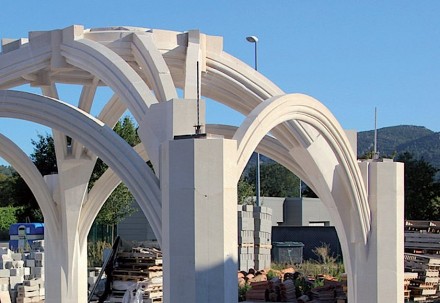 Now with the help of modern technology, the four pillars are pre-stressed, i.e. a steel rope running through the center of the corner posts holds them in place. The great mass of the arches weighs down on the columns, pressing them apart.

To increase stability, the stone pillars are alternately worked in convex and concave relief thus allowing them to interlock. 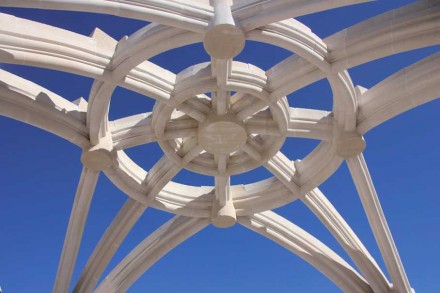 The inner circle at the pinnacle of the vault is worth mentioning: easy to recognize the precision demanded of the stone masons in fitting the elements together.

Pierre de Savonnières was the stone of choice as was used in Paris’ Gare de L’Est and parts of the Aachen Cathedral.

One could imagine this spectacular construction as a meeting place in the park or decorative hotel entrance hall, as expounded in the contribution to the competition: „A modern idea from the days of yore based on the pinnacle of a timeless building materials.“ 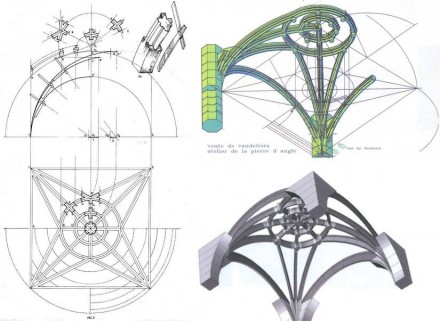