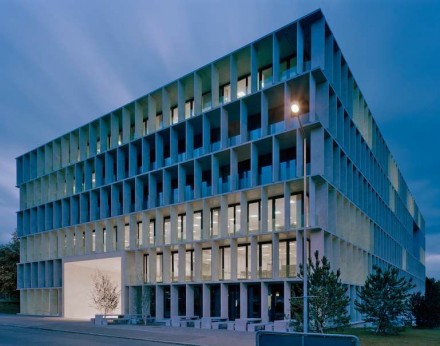 (August 2013) This year’s German Natural Stone Award worth 15,000 € went to Austrian architects Baumschlager Eberle for their e-LAB commissioned by the ETH Zurich (Eidgenössische Technische Hochschule Zürich). Travertine is the cladding of choice, optically prominent yet implemented to let it appear „light and lacy“, according to the jury. 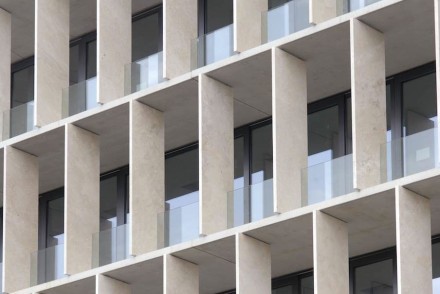 Glass-front balconies mounted on the exterior of the window front and separated by stone lamellae, ward off direct sun light yet allow air currents to circulate along the glass front surfaces. The unusual format, however meant that 4 m-long raw blocks had to be quarried. A special crane construction was developed to heave into place and mount the 717 slabs throughout the 6 stories. 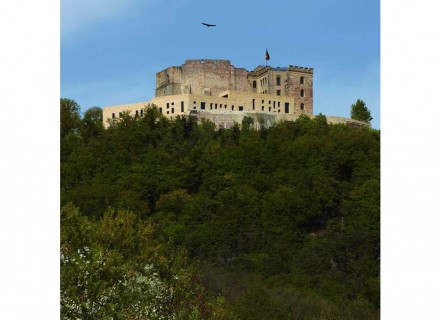 Three more prizes valued at 5,000 € each were awarded, two of which went to Hambach Castel near Neustadt/Weinstrasse for a construction which might be called the cradle of German Democracy: this is where in 1832 citizens protested against despotism and demanded democracy and the founding of a German State with the aim of finding peace with the European neighboring States. 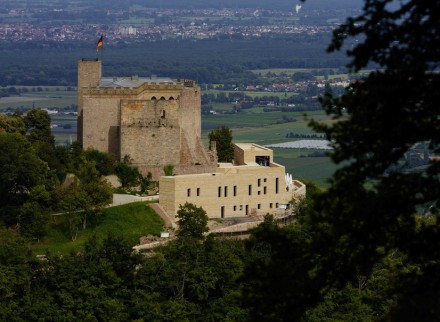 One of the prizes went to architect Max Dudler, for his solution in integrating a restaurant and welcome center in the historic complex. To this end, he conceived the buildings to appear like a moat enclosure around the original buildings. 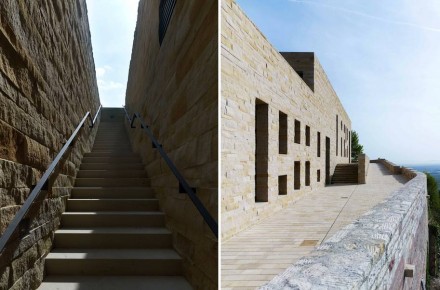 Steps, paths and terraces allow plenty of spots and opportunities to enjoy the breath-taking view. 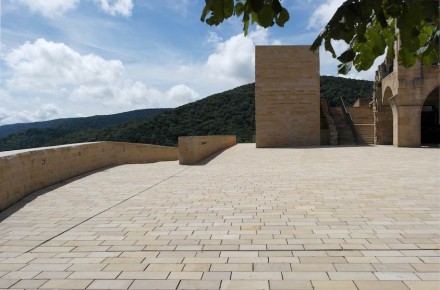 The stone tiles on the new panorama terrace were implemented by landscape architects LOMA architecture took one of the prizes. 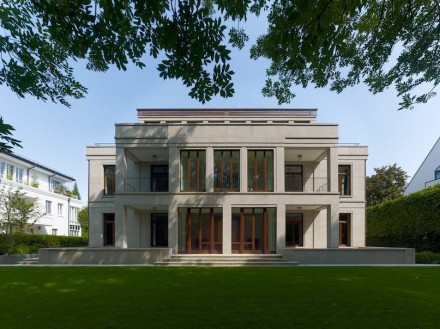 A new dwelling and shopping complex in Munich by Petra und Paul Kahlfeldt Architekten also took one of the prizes.

The German Natural Stone Award is open to building projects from all over Europe provided they are realized by professional craftsmen for „excellence in design and technically up-to-date“ in stone as stated in the application forms. Tender for submission is called out biannually by the Deutscher Naturwerkstein-Verband (DNV) in cooperation with the Bund Deutscher Architekten (BDA).