„Totem“ in memory of the dead 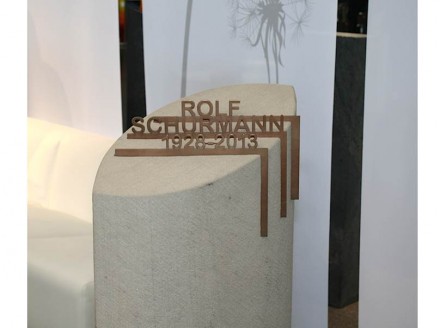 (August 2013) „Totem“ („Grabzeichen“) is the term for a new direction of the funeral branch in Germany. The idea is to give a final resting place a character of its own where those left behind can remember the dead according to individual wishes and needs. The burial site is meant to open a path for the bereaved to connect to the memory of the deceased emotionally and thus help them deal with their loss.

The idea is based on the fact that in Germany cremation is becoming ever more popular and cemeteries are beginning to fear for their existence.

Strassacker Company, leader in the development of new grave design presented a further development at this year’s Stone+tec in Nuremberg: „inscription architecture in stone“ („Schrift Architektur am Stein“) was the motto: the name of the deceased or a few words are not merely engraved in the surface of the grave stone but extends to the surrounding area. 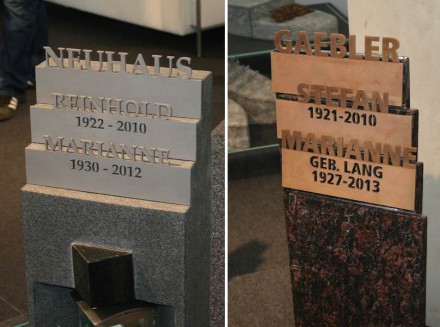 Stassacker presented a number of varieties, e.g.: names engraved in steps one behind the other. 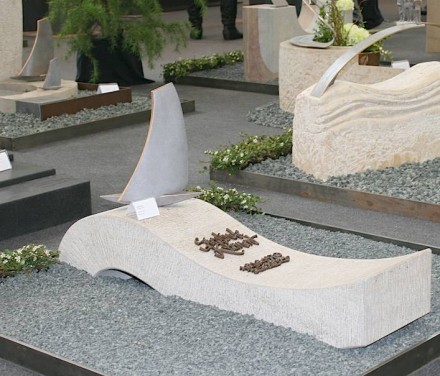 As usual the company showed design ideas with individual character reminiscent of the deceased.

Beyond this concept: a simple rectangular column, the particularity being a type of box at the top covered by a box bearing the names of the deceased and which can be opened. On the inside, pebbles which the bereaved can take in hand and warm up for a while and replace later. Günter Czasny of Strassacker explains the concept in a video (in German, at 1:22 min).