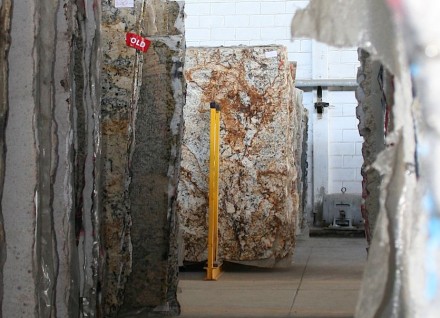 The greatest portion of the predicted increase according to Freedonia is due to an increase in construction of family homes.

Natural stone withstood the financial crisis in the US-real-estate branch. From 2007 to 2012 its piece of the cake increased from 13% to 16% in part because the price of granite fell according to a study.

The study sees a bright forecast for natural stone in the USA: high-end consumers are predicted to increase their demand for expensive material to set themselves apart of the masses.

Facts and figures for the Chinese market

In July 2012 Freedonia presented facts and figures for the Chinese markets in which demand for countertops was said to increase by 6.5% yearly until 2015. Back then 883.7 million sq. feet ( equaling approx. 82.1 million m²) were sold. A modest gain was predicted for natural stone whereas for engineered stone the prediction was that it „will continue to see the fastest growth of all materials, with demand increasing 20 percent per year through 2015“.

The study by the title of „Residential Kitchen and Bathroom Countertops in China“ is available for 5.400 US-dollars.