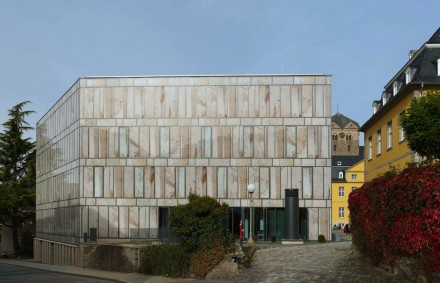 (October 2013) Natural stone is often the material of choice for façades. But designing a building’s front to look like a quarry – now that is quite unusual.

But that is just what architect Max Dudler did when creating Essen’s Folkwang Public Library Complex in the heart of Germany’s Ruhr Region. Unusual, too, that a photographer was invited to help design the façade: Stefan Müller, usually called on to capture Dudler’s creations in photo format, was sent on a field trip to Trosselfels-Quarries of Hofmann Natural Stone Company. 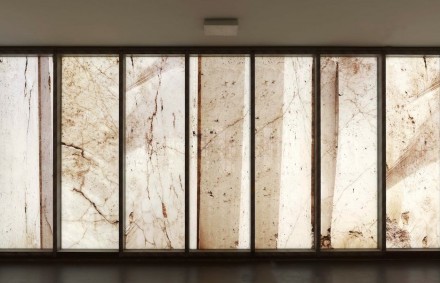 His photos served as the motif for the stone facsimiles applied to glass panes and mounted on the front of the public library building. 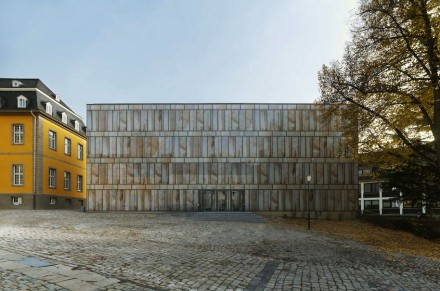 And another particularity: actually 12 quarry motifs are spread over the 4 stories – 12 is a magic number in music, e.g. as an octave has 12 halftones. After all, Folkwang Library is the music library of Folkwang University of the Arts. 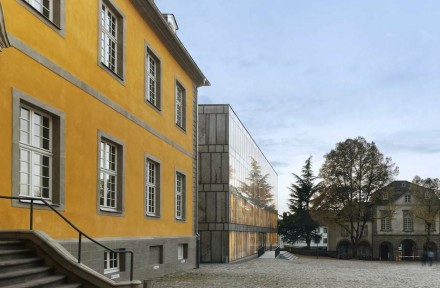 The need to design an unusual façade for the new building complex was born out of its location. The building was to be integrated into the frame of a former Benedictine Monastery, whose buildings encircle an inner court.

In a press release the architect writes that it was his aim to build the complex to resemble a „jewelry-box“: a promising outer shell containing invaluable treasures. The building’s shape, too, resembles a box. 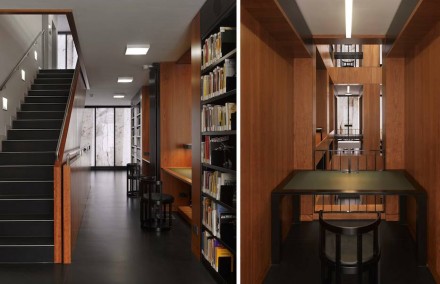 The stone photos on the glass front are not mere décor. They serve the function of filtering the sun’s rays which floods the library with „soft, warm light“, as the architect describes. Also: „visitors on the interior appear like shadows.“ Dudler has repeatedly experimented with translucent ultra-thin stone e.g. for lighting. 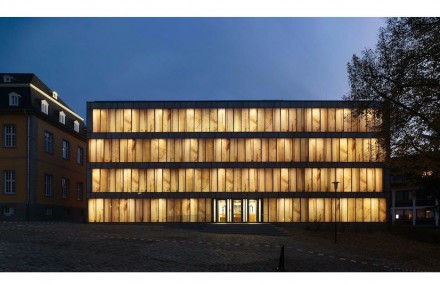 In the evening, when the sun has set, the building takes on a new life altogether. 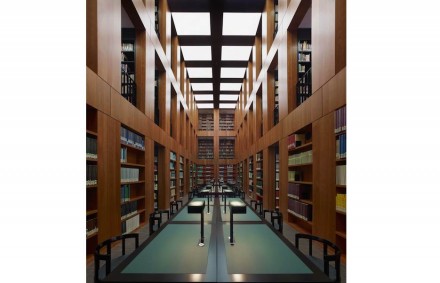