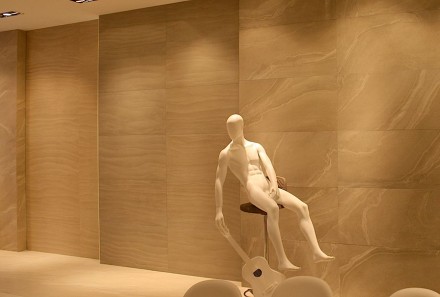 (December 2013) The buzzword at this year’s Cersaie Trade Fair (23rd – 27th September 2013) was: „Material-interpretation“ describing a continuing trend for ceramic bathroom-tiles: emulation of materials such as natural stone or wood are becoming more and more convincing. Even veins and grain are replicated to near perfection to the extent that discerning the original from the copy is difficult.

However the trend seems to cause some concern in the branch to the extent that some voiced the opinion that the ceramic branch should return to its roots: „We can develop beautiful products which define themselves not by their surface alone – but rather in the raw material, in ceramic as a material in its own right, and in the firing“, according to a report in the trade press. 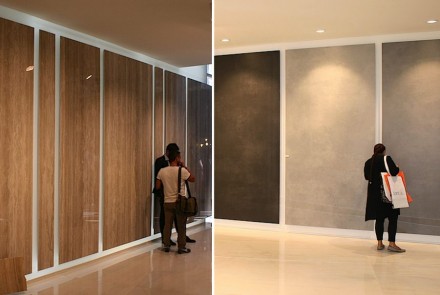 A number of trends originating from the recent past have consolidated, i.e. increasing size of slabs. Year after year predictions have been that the maximum dimensions had been achieved. Formats, too, have become increasingly creative.

Some tiles could be applied horizontally or vertically at choice.

But the biggest theme of future development was production of tiles with digital surface prints.

Some 100,700 visitors were counted at the Cersaie, the leading bathroom tile and ceramic trade fair. Whereas local visitors from Italy were in recession by some 12.5% due to the country’s financial crisis, foreign visitors increased by some 4.2% (totaling 46,535).

Fringe events as usual were directed at architects and interior designers. Spain’s Rafael Moneo and Garcia Abril were the main speakers. One of the events was dedicated to the feminine approach to architecture.

One afternoon discussed the question how the branch might improve its market position in Europe. Representatives of various national trade organizations reported on measures undertaken at home.

This year’s fair was moved ahead by one day and thus began 2 days ahead of the Marmomacc Trade Fair. 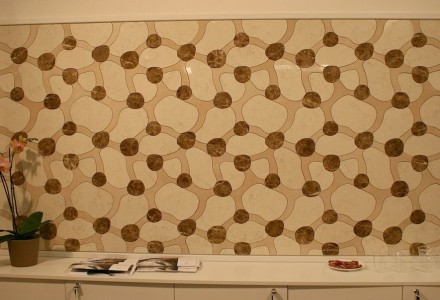 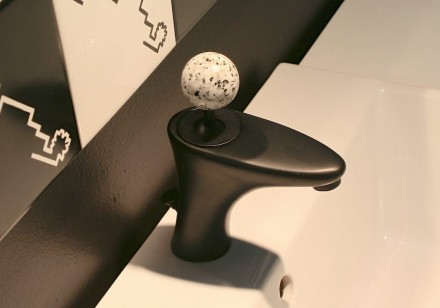 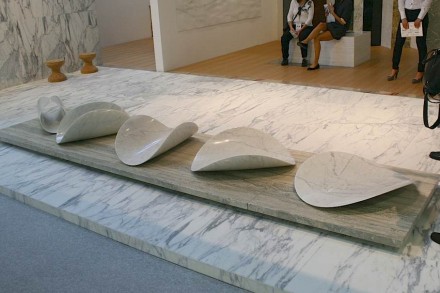 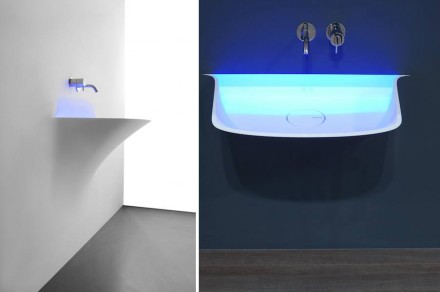 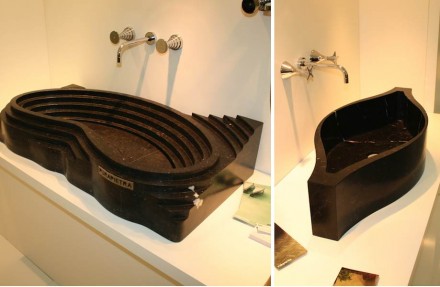