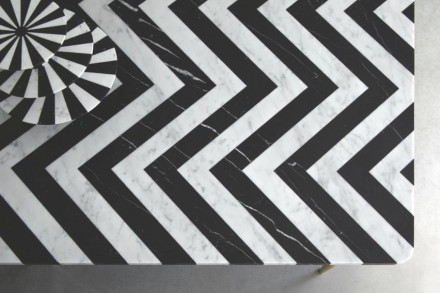 (January 2014) Minimalistic in décor yet eye-catchers in their own right would fittingly describe Bethan Gray’s dinner table accessories: she has created a unique and unmistakable optical impression in black and white marble for her objects. 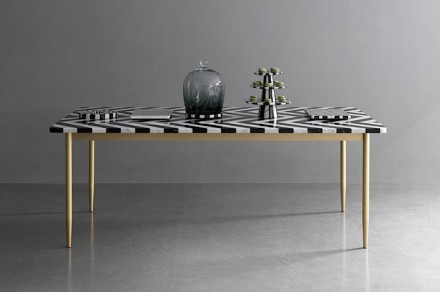 The zigzag and herringbone patterns constitute a kind of tongue-in-cheek new dimension to the understatement which is Gray’s calling card. 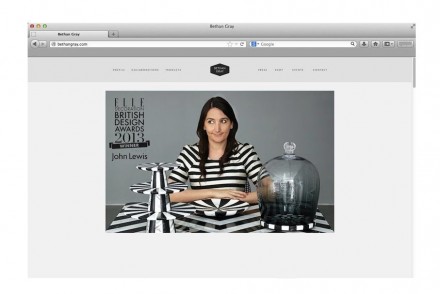 The irony is unmistakable in her home-page.

Note that she has attained a certain degree of fame already. Born the Welsh city of Cardiff, Gray completed her studies in 3D-design at Leister’s De Montfort University, and was discovered at the young designers’ Competition by Tom Dixon, who was Habitat’s chief designer. She has since made her own way to design director. Since 2008, Gray has her own studio in London.

Gray is constantly guided by the idea that the products must be marketable, i.e. made for the customer and not as a purpose in itself for the artist’s glory.

Her materials of choice are wood, marble and leather. The former two have a preferential position for personal reasons named in a column in the Daily Telegraph: her grandfather gave her a play-table which he crafted himself and her foible for Carrara Marble took root where she married her Italian husband.

The table in herringbone pattern is produced by Lapicida. It stands on a massive brass frame. The limited edition was produced exactly 10 times. 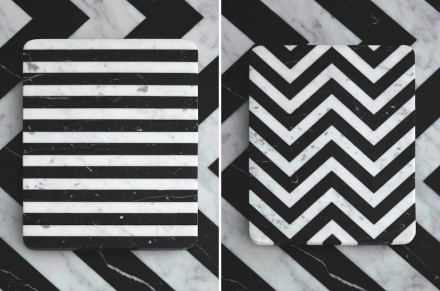 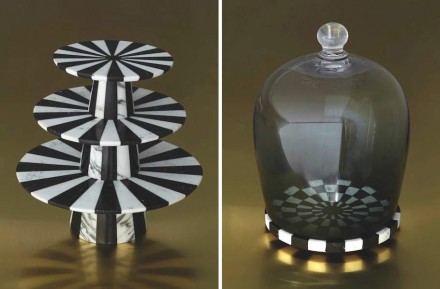 Some of other accessories in black and white and also produced by Lapicida are marketed by Bethan Gray via her home page. 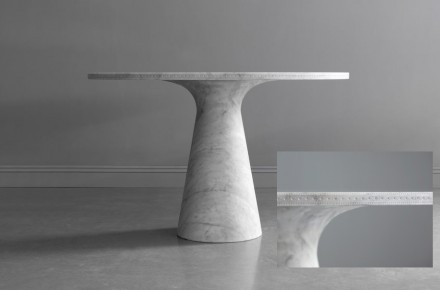 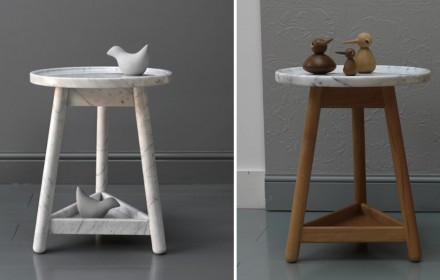 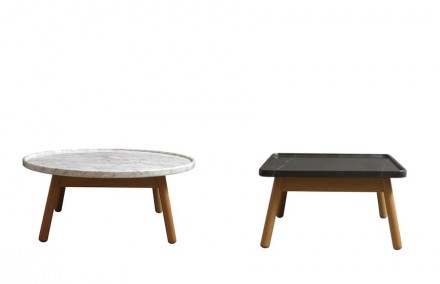 Other objects in marble and produced by Lapicida are the table „Brogue“, with a dainty pattern along the edge reminiscent of the décor on the shoe of the same name, and the table „Carve“, in 3 variations with 3 legs based on Cricket-tournament-furniture.