Pippa Unwin: a foible for animals, children and stone 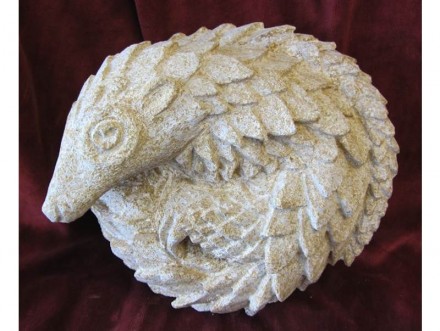 The fact that she loves animals is reflected in her work. It is also evident when looking at her web page: www.Mewstonemasonry.com was the address chosen not only because her husband originally from the Channel Island of Mewstone near Plymouth. The name also contains the word „Mew“, English onomatopoeia for the cat’s meow. 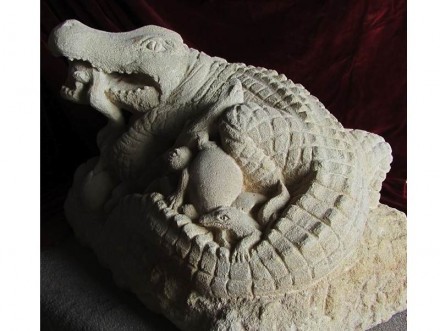 „Stonemasonry“ is also part of the web address. To explain we need to haul out a bit.

Already in grammar school it was Pippa Unwins’ dream to illustrate children’s books, a vocation which led to some success. One example is the story of „Houdini, Disappearing Hamster“ by Terence Blacker – a hamster who disappeared only to be found hiding in the neighbor’s back yard and on the street. 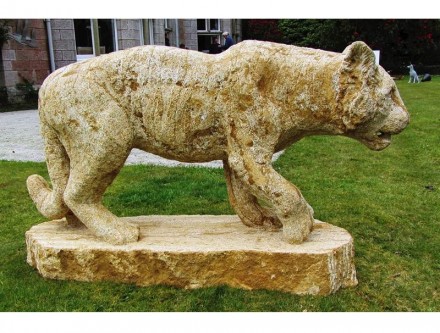 Gradually the scene for illustrators was shifting she writes us: „The work changed and was less fulfilling“.

But she mentions nothing of a search for new challenges let alone of a crisis. But already during her school years at Wells Cathedral School – a school with a musical emphasis – stonemasonry caught her interest. 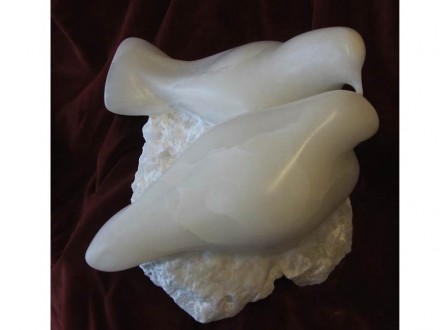 So she decided to try her hand at sculpting. The material was all the same to her, that is until she heard of an apprenticeship for stonemasonry. Her then husband, a geologist, supported her interest, so she made up her mind: „That was cheap, relatively nearby and flexible, so that it fitted in with my 8 year-old twins’ school day, so enrolled on that.“

After her apprenticeship she worked part time for a stone mason completing her qualification and began working full time all the way up to company director. By then she had begun working freelance. 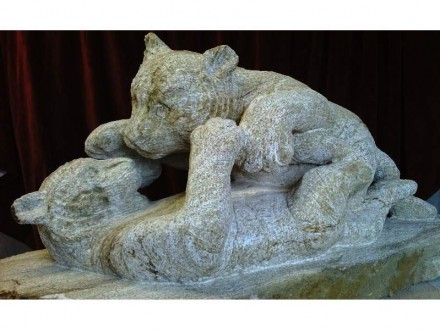 Her webpage makes no mention of „Art“, at least not that we could find. She explains: „For a long time I was working predominately as a stonemason, (to pay the bills!)“. Followed by: „But in the last couple of years have seen myself more as an artist and sculptor.“ 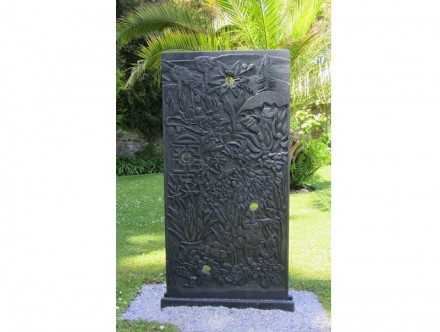 This is also due to the fact that Devon, her current home, has less traditional work for stonemasons. So she turned to new frontiers. 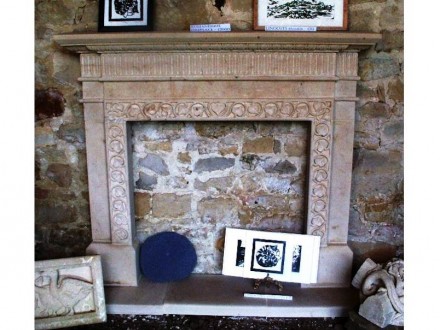 But her work for interior and exterior decoration still plays an important role. 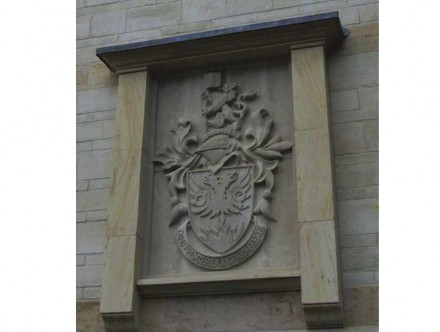 She is a member of the South Hams Art Forum and the South West Sculptors Association and exhibits her works at Delamore and the ArtParks Internation in Jersey among others.

She is quick to add that she urgently needs to redesign her webpage. 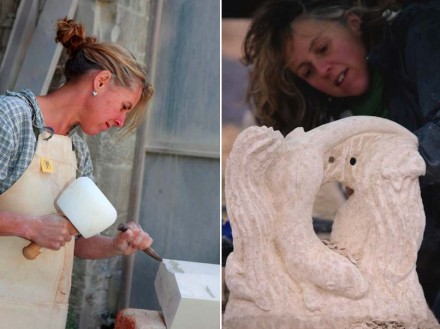