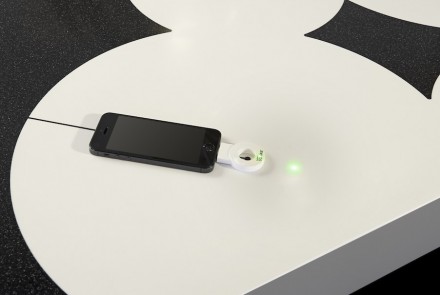 Imagine charging the batteries of your mobile phone merely by placing the device on a particular spot of the table at the restaurant of choice while leisurely dining. DuPont introduced its latest product by the name of Corian 2.0: a table-top engineered-stone docking station integrated in Corian recognizable as a tiny point of light on the table. On our photo the spot is recognizable as the point of light at the far end of the black line. An adapter completes the charging equipment.

The technology is provided by Powermat Company, which, according to a video spot, seeks to free the world of electrical wires and cables.

Linking engineered stone to modern technology is part of a market initiative by the name of „Endless Evolution“, which DuPont called to life. „By co-operations and joint ventures with various partners, new implementations can be developed“, Jean-Yves Bach of the American conglomerate describes the strategy.

„Smart surfaces“ is another name for the invention which also allows wireless internet connections, an area currently in DuPont’s scope of attention. 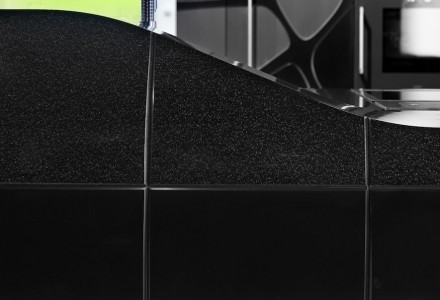 Other novelties in Milan were Corian in shades of black, produced with the aid of Deep Color-Technology. 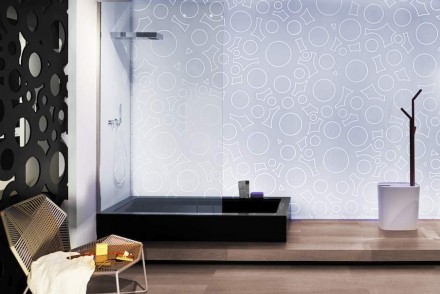 Translucent engineered stone walls were another innovation. The surface allowing for back lighting… 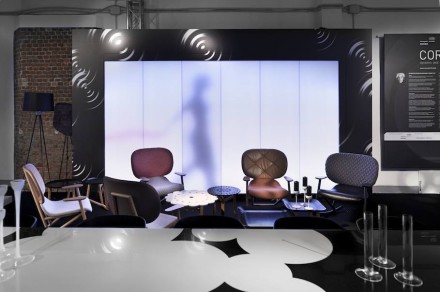 … or back projection are currently being taken into the scope of DuPont’s further development.