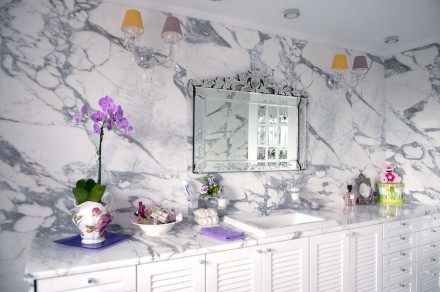 Natural stone types with strong veins call for matching pattern – an elegant but pricy undertaking. But a Thessaloniki residence in the North of Greece demonstrates that alternatives are aesthetically pleasing as well. The design ideas are not uncommon in Mediterranean dwellings. 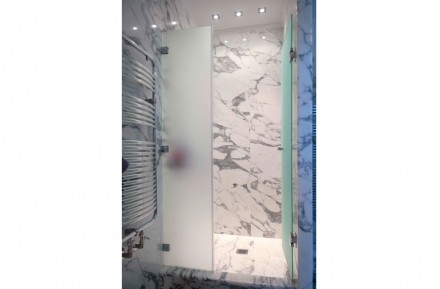 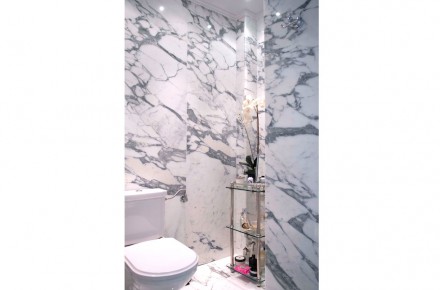 The pattern admittedly gives a busy impression but the contrast between rustic décor and this noble material, specifically Carrara Arabescato, has a charm all its own. 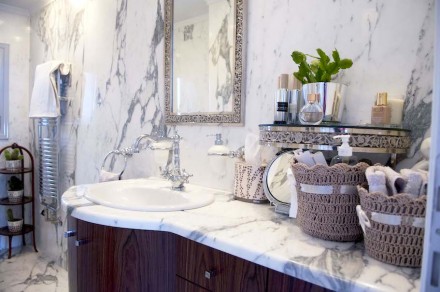 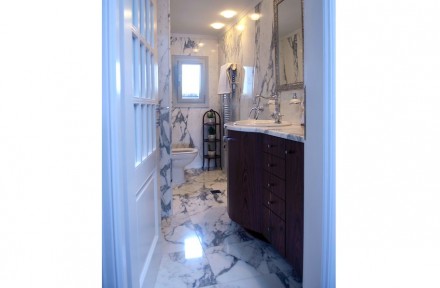 The name implies a heaping portion of Greek soul: „kallos“ is Greek for beauty and „marmaron“ translates to marble. Kallimarmaron all in all is reminiscent of the Panathenaic Games held in honor of the Greek Goddess Athena. In modern times the stadium, which originally housed the Olympic Games, once again adopted the original name. The Company thus aims to revive and reflect the „very essence of the Olympic Games spirit which is a constant quest for excellence“, as is manifested on its website.

The Company was founded back in 1964 by John Bolari who earned his keep with sculpting and crafting of gravestones. In 2008 Chrysoula and Markos, Bolari’s offspring, expanded the Company’s activities to include international trade. 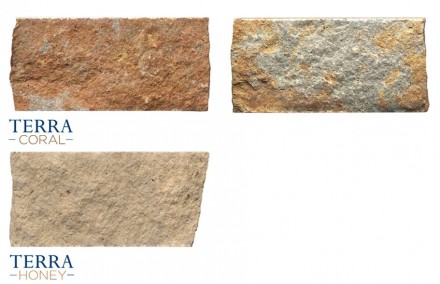 Kallimarmaron, based on the Chalkidiki Peninsula south of Thessaloniki also entertains two quarries where Terra Coral and Terra Honey limestone are exploited. 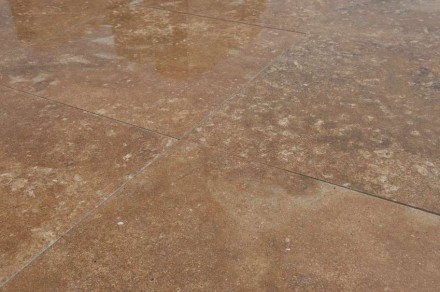 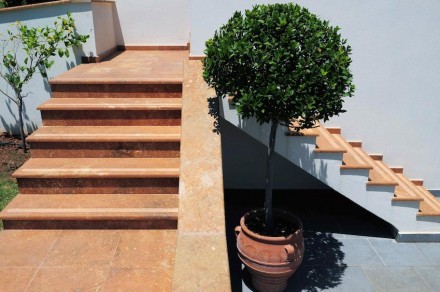 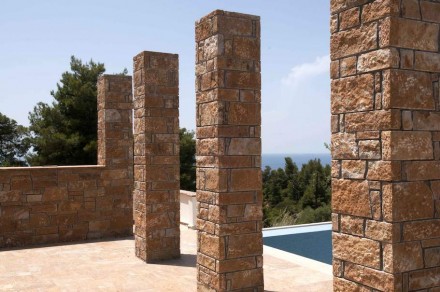