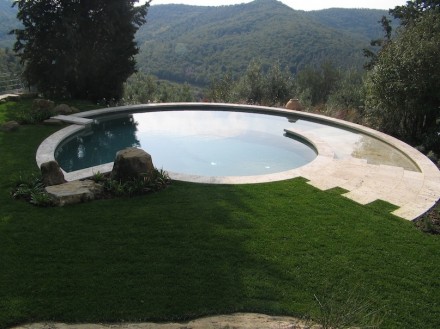 The landscape features of the rolling hills in the Tuscany province of Arezzo call for circular pools. Architects Vito de Palo and C. Kammerch of Studio Citera were responsible for planning and Vaselli-Spirito Pietra Company realized the project. 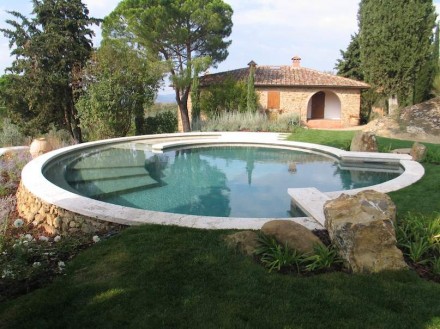 Local Becagli Travertine, quarried from nearby Rapolano Terme, was chosen for its tested resilience to below-zero temperatures. Because of its durability, the stone could be used for the fringe and steps as well.
The surface is bushhammered. „This way the surface retains a natural appearance, becomes slip resistant, and feels pleasant when in contact with the skin,” says Danilo Vaselli who runs the company together with his sister Cinzia and brother David“. 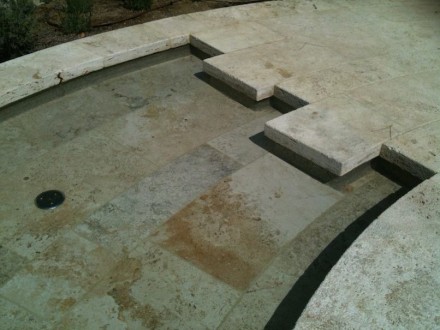 The stone installed inside the pool for the paving and steps was treated with a special patina finish and subsequently stuccoed. A coloured concrete seals the joints between the stone slabs and the steps.
The edges are rounded. Small irregularities were created to add a natural touch. The pool’s diameter is 10 m, its surface 80 m². 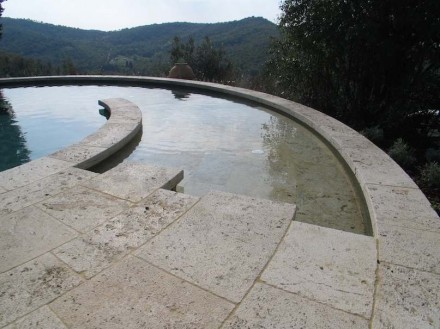 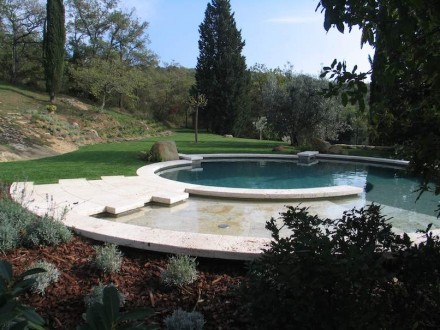