Marmomacc 2014: away from the playful – turning focus on marketable product ideas 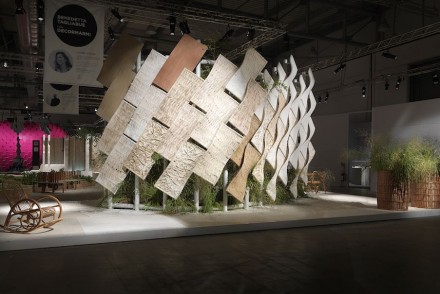 Let us begin with a positive judgment: Marmomacc’s new concept, i.e. to promote marketable product ideas for marble and consorts is worthy of praise. In the recent past Marmomacc Meets Design was mostly about illustrative ideas – playful examples of design in stone usually culminating in art.

The new concept was first introduced in the exclusive Hall 1, the singularly distinguished location. 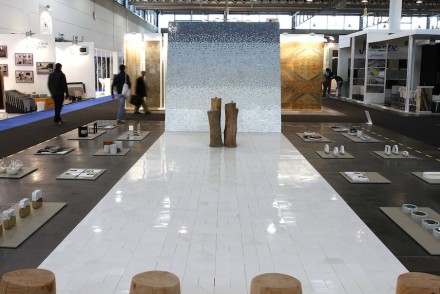 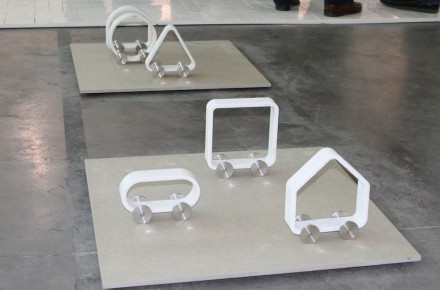 The idea realized in Hall 12 in which „La Casa di Pietra“ (Gumdesign, Friul Mosaic) picked up the far end of the spectrum shown in Hall 1 and spaned a bridge over the spectrum of creativity from start (in Hall 1) to finish (in Hall 12) is also worth words of praise. Unfortunately the theme was not obvious.

The number of exhibitors also reflected a positive light on the trade fair. 1502 exhibitors from 58 countries were represented at this, the 49th Marmomacc. Some 65,000 trade visitors from 143 countries attended the fair from September 24th to 27th 2014 in Verona, an increase by 15%. The top ten countries of origin for visitors were India followed by Germany and Turkey, Spain, France, China, USA, Brazil, Russia and Egypt.

However our judgment of the Abitare Il Tempo trade fair, which was integrated in this year’s Marmomacc, is a negative one. The poor showing is due not only to the fact that Abitare Il Tempo has been ailing for years, but also that a furniture fair has little in common with a natural stone trade fair. Stone can be integrated piece by piece into furniture – but the idea of massif bathtubs or tables in natural stone had already been sufficiently debated at the Marmomacc Meets Design.

Unfortunately the attempt to give new impetus to architecture in natural stone also failed. The „Living Stone“ was brought to life with this end in mind: four prominent architects from Spain and Portugal were called upon to develop ideas in implementing natural stone. The theme of creative ideas was designing „homes with patios“, as could be read in the press release. The project curators Raffaello Galiotto, Vincenzo Pavan and Damiano Steccanella had a view toward buildings around the Mediterranean.

But the architects went their own ways, and once again, art was the defining topic – to put it in a friendly manner. 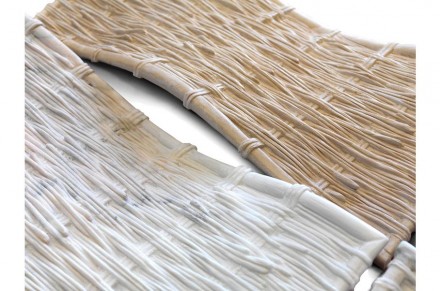 Benedetta Tagliabue had a variety of types of marble worked for her work „Braided Marble“ realized by Decormarmi company. The finished product gives the impression of bamboo mats. The result was an impressive stone wall in Hall 1 – an eye-catcher, indeed. But, one might ask, is it appropriate for the stone branch to create facsimiles of other material? This is a field in which the ceramic industry offers plenty of examples, some of which are not half bad. 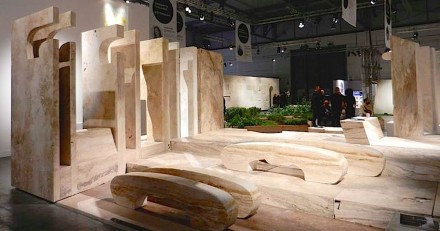 Josep Miàs was inspired by urban furniture by Travertino Sant’Andrea when creating his „INTRĀ“. He reproduced a quarry and alluded to the vacancies of the products in the rock. 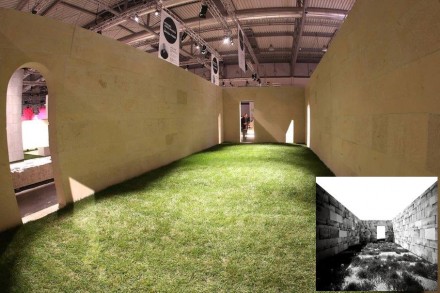 Manuel Aires Mateus dubbed his work „Thoughts about the Patio-House“. It started with a rural ruin which he brought to the trade fair complete with (imitation) lawn. Participation of Grassi Pietre in transporting the lot is worth honorable mention in its own right. 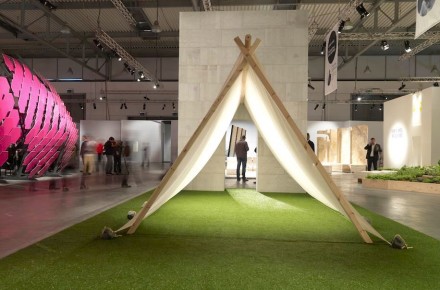 Eudardo Souto de Moura, winner of the Pritzker-Prize, built a high portal, stretched some tarpaulin behind it and gave it the title „Solid Wall/Ephemeral Wall“ – according to a press release, a metaphor on Aldo Rossi and Robert Venturi’s trans-historical interpretation of Palladianism. Pibamarmi realized the piece, and luckily it had a booth to show its capacities in working stone.

The lack of depth of the architectural art was balanced, at least in part, by the impressive design in Hall 1 what with a small garden and a patio and an arena for lectures. Once again one could learn that stone – seen in the right light – is a beautiful material in its own right.

For more on honorable mentions of work in Hall 1 see below or in separate texts following.

But despite our critique: Marmomacc’s path is the right one. Initial difficulties must be seen as challenges which need to be overcome. Natural stone needs new products, not new works of art and, above all, no new stone. 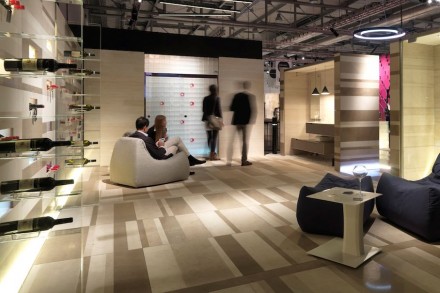 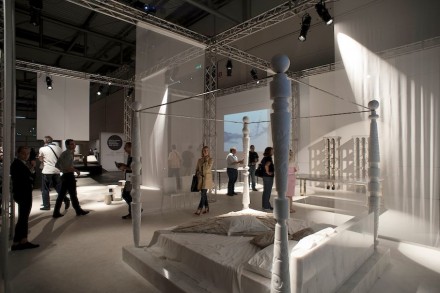 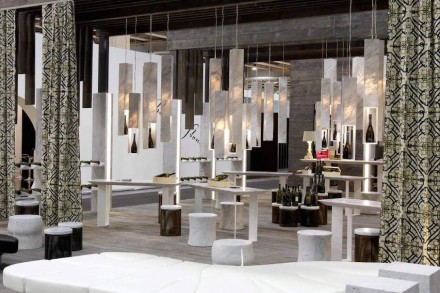 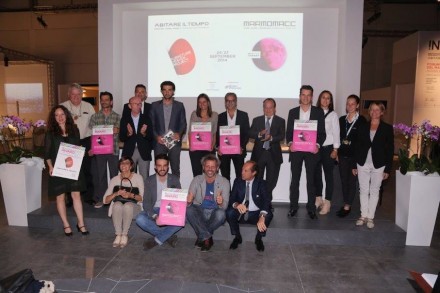 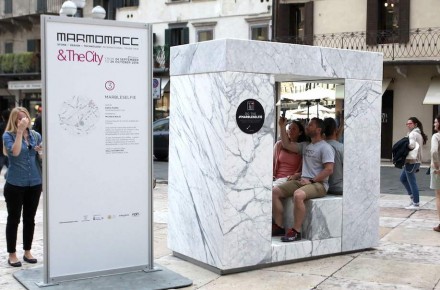 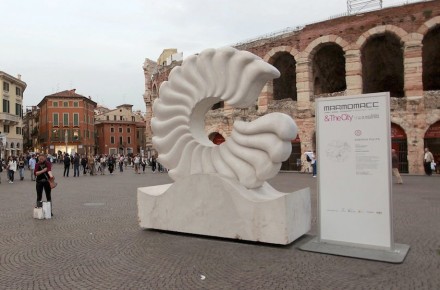 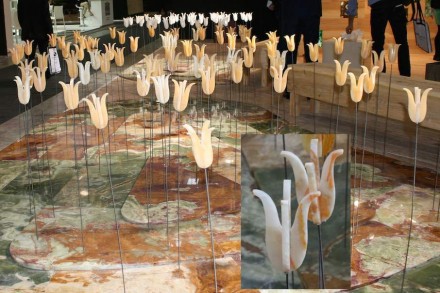