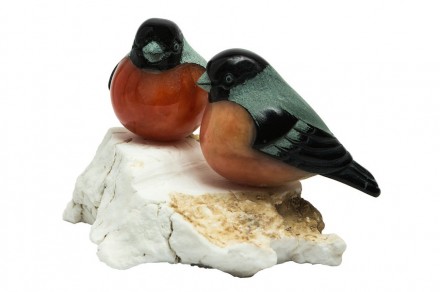 At the Stone Trade Fair in Poznan, Nov 26th to 29th 2014, we noticed animal figurines made of stone exhibiting great beauty. The Company’s name is Art Sky as Natalia Palkina explained in her Oxford English – seemingly out of place for someone originating from the Urals -, home of Sky Company. Specifically the company is based in the District of Orda in the Perm Region, a metropolis in the western Urals. The city whose name has nothing to do with the Permian Era is dubbed the most easterly million+ city of Europe situated at the foot of the mountains some 1150 km from Moscow as the bird flies. 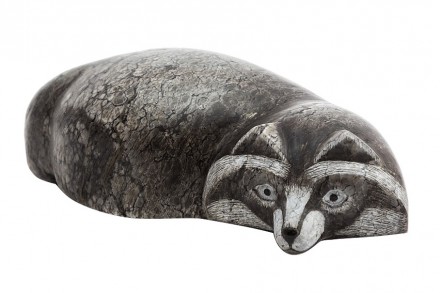 We asked Natalia Palkina to tell us something about the small works of art, whereupon she wrote us a number of mails, patiently responding to all our questions. 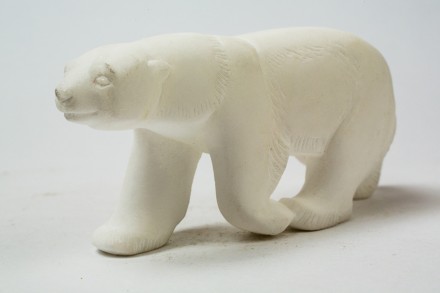 When God spread his treasures over the Earth, as she translates the Company’s catalogue, he was filled with grace and generosity toward the Orda Region. All along the river Iren, along a length of but a few kilometers, he deposited rich reserves of honey-colored Selenite and within a stone’s throw, deposits of Anhydrite and soapstone.

These are all soft stones well suited for carving figurines.

Around the end of the 19th century, according to Natalia Palkina, God sent entrepreneurs to the region coming from Yekaterinburg (on the Asian side of the mountain range) who introduced the art of carving stone to the farmers of Orda. 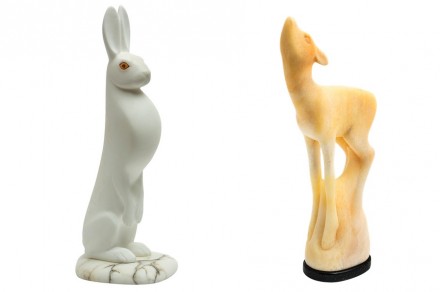 The Administration of the Perm region supported these activities and invited Ivan Semirikov of Sankt Petersburg to work in the town of Krasnij Jasil in the Orda Region. He founded a stone carving school probably enticing Peter Kremlev, previously head of natural stone work in the famous Petersburg jewelers’ manufacture of Peter Carl Fabergé, to Orda. 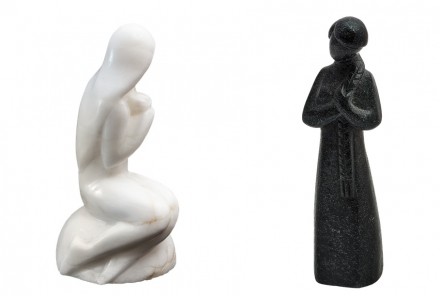 We could have continued our question and answer dialog endlessly, what with the timeline having seen the October revolution pass, during the course of which Fabergé was forced to give up shop and flee Russia. The next phase saw the German invasion of the Soviet Union followed by years of Stalinism and ruthlessness of the Soviet Communist dictatorial regime.

The Perm Region stone handicraft attained fame in the 1930’s, as Natalia Palkina translates. As of 1948 many artists were sent to other regions of the Soviet Union, blossoming to fame in the 50’s and 60’s. One of the most famous was Anatoly M. Ovchinnikov, who soon influenced an entire generation of artists with his style and technique. His focus was on animals and decorative items made of local stone from the Orda Region. 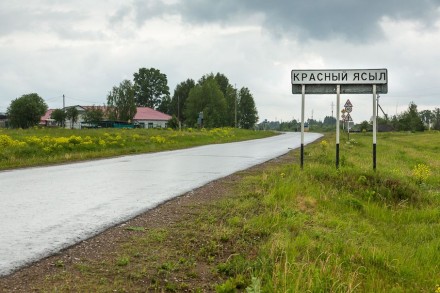 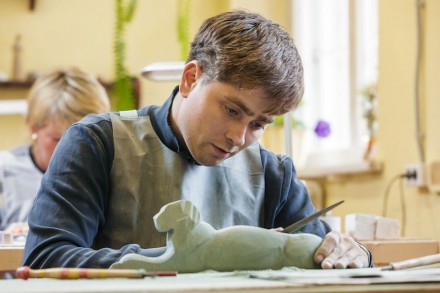 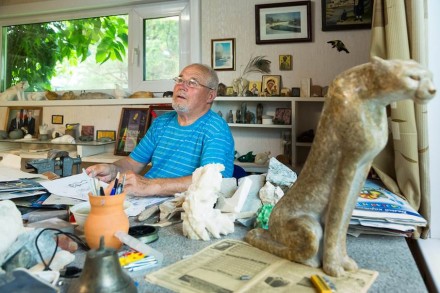 Krasnij Jasil by now had developed to a center of stone sculpture with a unique and individual style.

The peak of popularity passed, however and stagnation set in until recently. „There are high quality masters who work for collectors only and carve VIP gifts, there are some workshops that sent painted trifles to the souvenir shops”, Natalia Palkina continues. 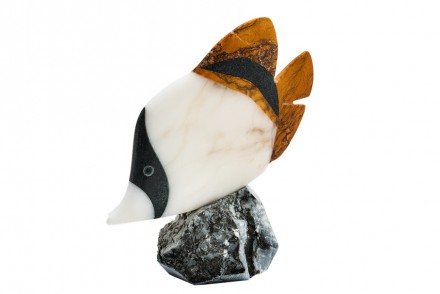 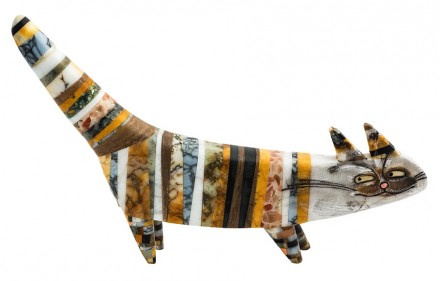 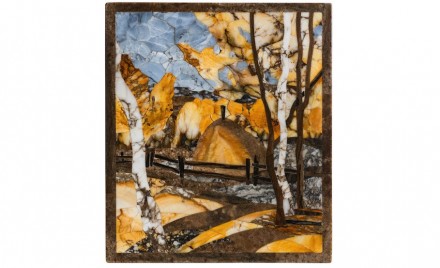 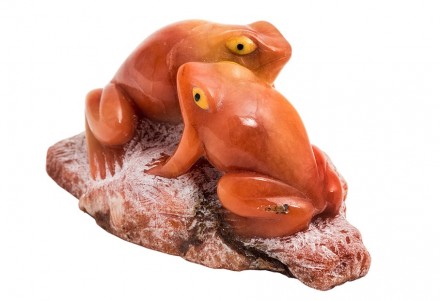