Building in natural stone: Slate chips on the rooftop 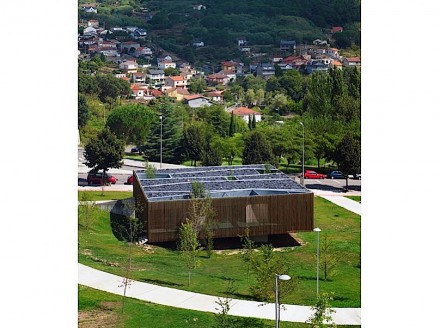 Natural stone plays a decisive role in Ourense University’s new kindergarten in Spain’s province of Galicia, even if most of it is hidden from plain view: slate covers the flat-roof and, the complex itself, in its shoe-box simplicity, picks up on the Iberian Peninsula’s famous „hórreos”. 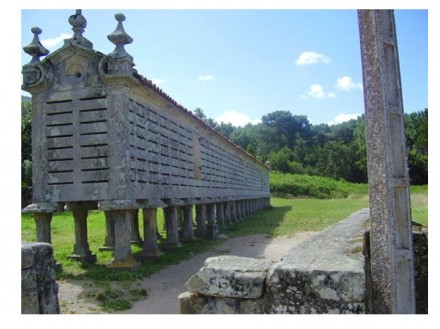 These were granaries, which the Spanish ancestors built from stone slabs and sometimes from wood. We show a heritage example still standing in Portugal.
One distinguishing factor was that the granaries were generally built on low stilts to protect the grain from rising dampness, and allowed air to circulate freely.
Architects of Abalo Alonso used the idea as an inspiration for the kindergarten on the University Campus in the city some 100 km from Santiago de Compostela: the complex, too, is elevated, albeit for different reasons. The property drops off sharply and leveling a sufficient surface for the foundation was not an option. 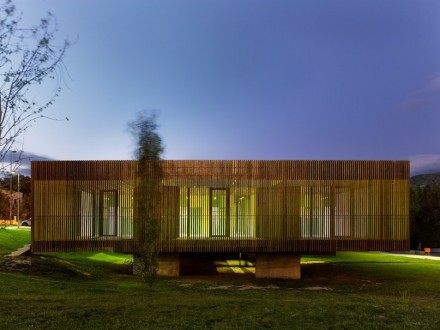 But increased ventilation was a welcome side-effect, as summer temperatures often reach 40° C. 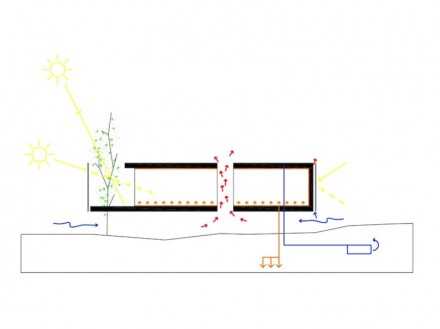 To intensify the effect, the cube is perforated, so to speak, creating green atria.., 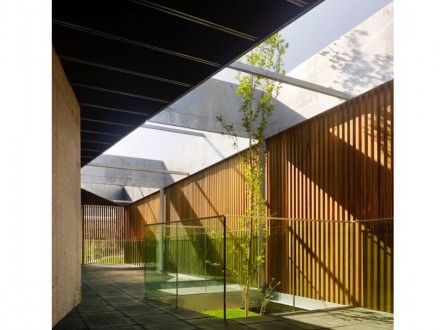 … through which trees grow to above roof-level. 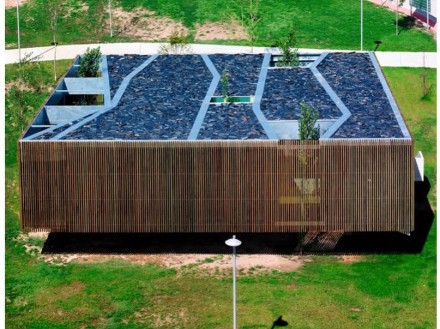 The kindergarten can be viewed from the conterminal university buildings. The roof reflects the structure on the interior of the building. 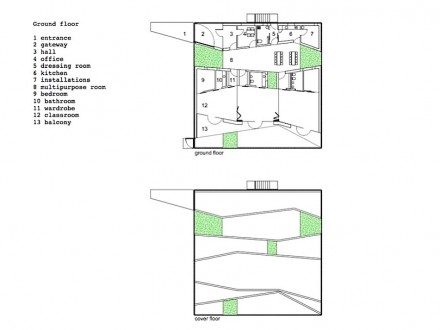 The interior is partitioned into 5 adjoining trapezoid sections. 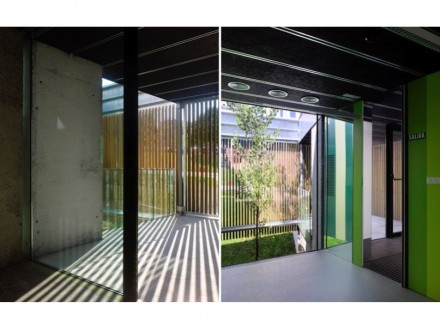 The ceiling, the floor, and bearing walls are made of concrete interspersed with clay brick masonry. The outer shell is made of vertical wood trellis which act as protective lamellae, provide protection from direct sunlight and create an interesting light effect on the interior of the complex. When picking the wood, it was important to ensure that additional mass was kept to a minimum. Cedar from sustainable plantations was chosen.

The slate on the roof is reminiscent of ancient Galician buildings, often made of stone. These are quarry offal chips. 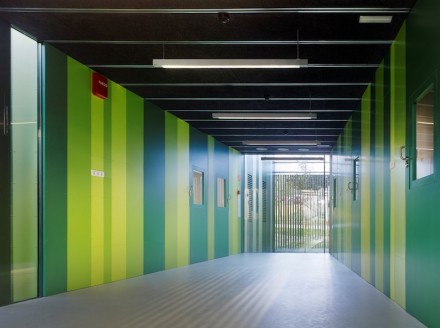