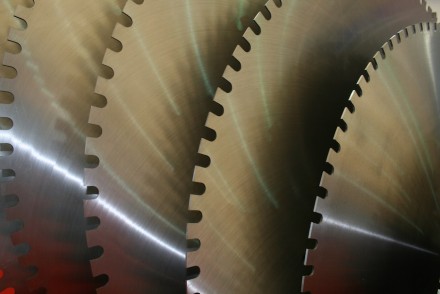 At Milan’s grand Designer Trade Fair I Saloni (April 14th – 19th 2015), Italian-based Arteinmotion Company caught our eye by integrate parts of decommissioned airplanes in their new furniture, i.e. the lacy substructure of a wing imbedded in a glass table. 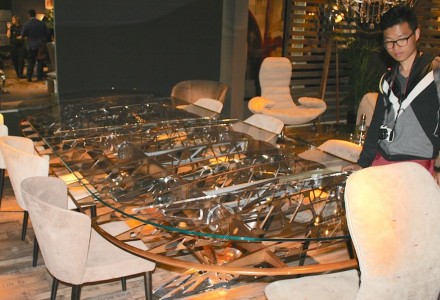 So naturally the idea came to us: could the stone branch make use of its modern decommissioned tools in the same way? 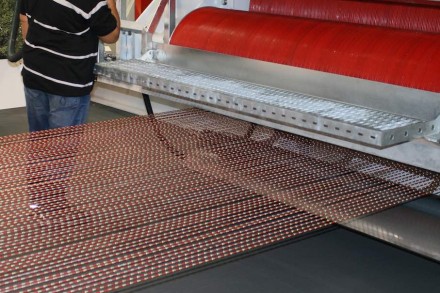 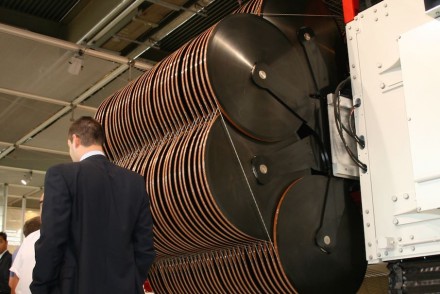 Product ideas might make use of multi-wire saws or traditional saw-blades.
Note that big may be beautiful, but that even the tiniest pieces provide a welcome professional point of focus for photographers at any natural stone fair. 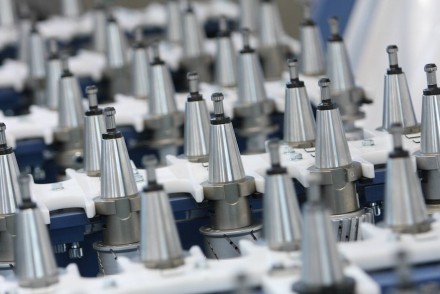 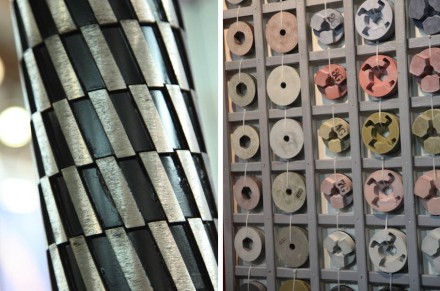 We show some snap-shots taken by professionals at the Stone+tec 2013. 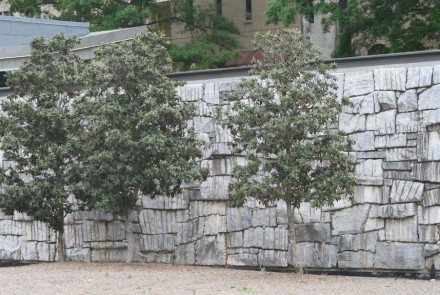 Architects have long since discovered the charm of unfinished natural stone brandishing the marks of its formation rather than polishing them away.

But what about the designer? We surveyed Milan’s city-center Fuorisalone as well as the Via Tortona and the Ventura Lambrate. 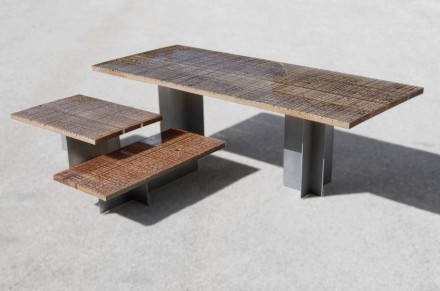 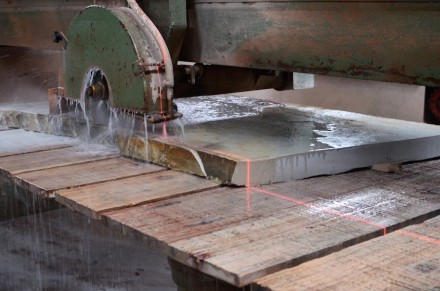 And indeed: we found that our ideas had already been realized, albeit in unusual ways: designers at Alcarol fill worktables, on which natural stone slabs were cut, with transparent resin. The grooves, cut into the wood and bearing witness to the years of production, are thus preserved. 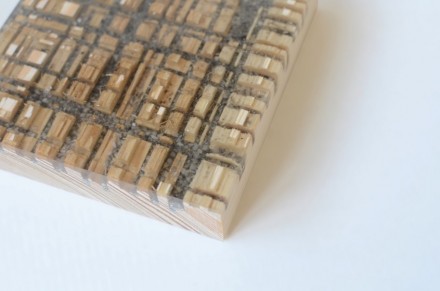 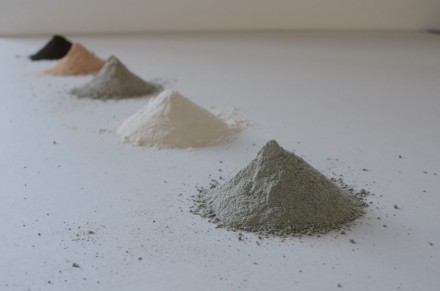 Alcarol even goes one step further and fills the grooves with stone meal. The creation has been named „Marble Ways“. 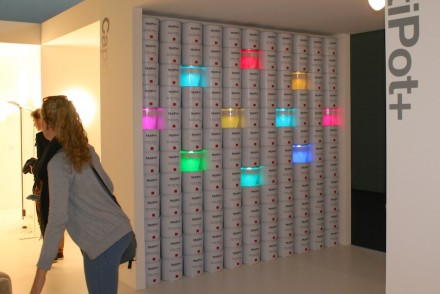 Later we visited the fair where we found the Rotaliana Exhibitors’ Stand and ideas on how to reclaim transportation for artistic purposes. 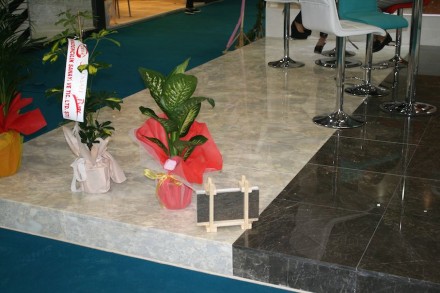 But the biggest challenge comes from a tool not ye mentioned: the water jet.