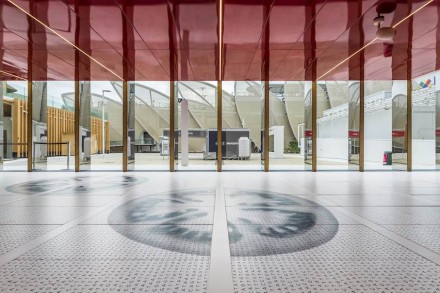 Dekton Engineered Stone, shown in the Spanish Pavilion, is nothing short of spectacular. Cosentino Company, producer of the modern material, has provided some 1,000 m² in floor covering with imprints of the tomato’s nucleotide basic A, C, G, T-sequence.

The motto of this Expo (ongoing until October 31st, 2015) is „Feeding the planet, energy for life“. The Tomato is among our most important plants, genetically closely related to the potato, peppers and eggplants. 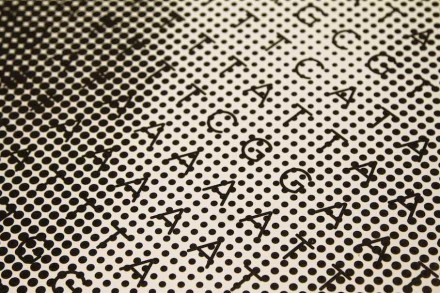 Superimposed on the cordon sequences is a picture of a tomato slice in shades of gray printed on the engineered stone. Cosentino emphasizes in his press-release that the material is the only stone on which images can be applied durably by means of cutting-edge inkjet technology. Silestone, Dekton’s big brother, was used to clad the Spanish pavilion’s wash basin.

Design by b720 Fermin Vázquez Arquitectos. 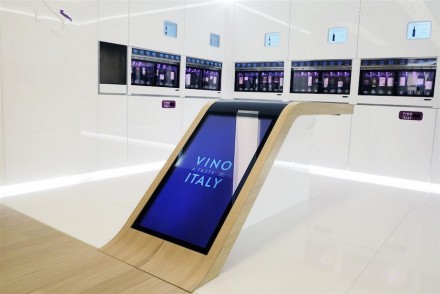 Italian-based Santamargherita is also represented with an engineered stone contribution. 2,000 m² of its quartz agglomerates Quartz were used for the flooring of the wine vault. On the top floor SM Quartz Vega was used. A wine library is set up there. 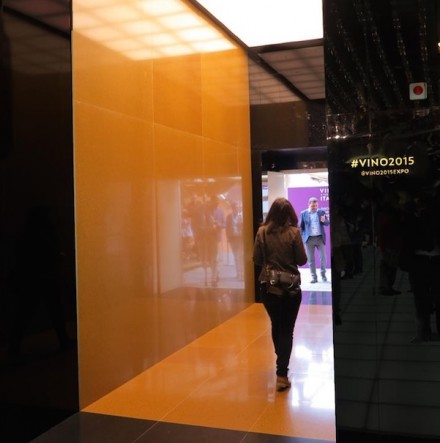 The access is clad with a golden variety which appears red on the photo as a result of the lighting. 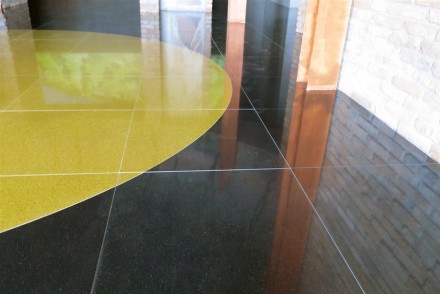 The first floor has SM Quartz Nero and Gold on the ground.