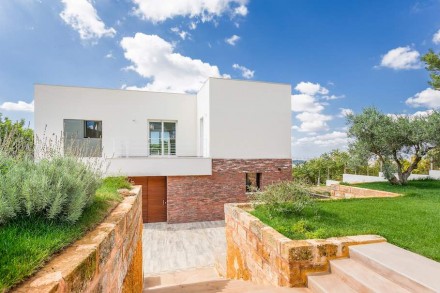 Two noteworthy eye-catchers distinguish this house from others: one outdoors and one indoors. Both have to do with natural stone walls.

„Courtyard House of Stone“ is the name of the family dwelling in the Sicilian city of Trapani near the antique Seliunt ruins.

The name immediately to the first distinguishing element. The house was built on a light slope. Behind it at some distance: a supporting wall. The masonry goes back to ancient times (though not antique) and was thoroughly restored for the building project. 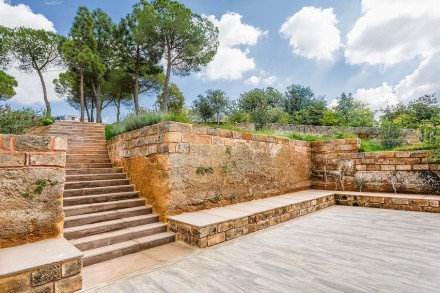 The result was a courtyard which ensued between the wall and the house lending the house its present name.

When the sun shines, the old limestone wall glows in a brilliant warm yellow contrasting well with the ground floor of the house, which is clad in hand finished red bricks. 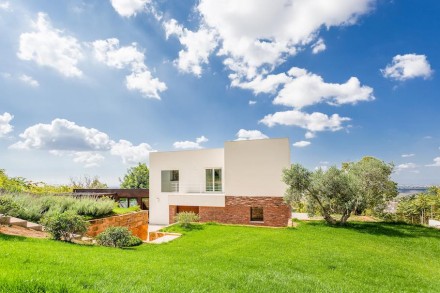 The „counterpoint“ according to Studio 4e architects, Fabio Costanzo and Maria Rosaria Piazza, is the top floor in sleek white stucco.

The color and structural contrast determine the beholder’s first impression. 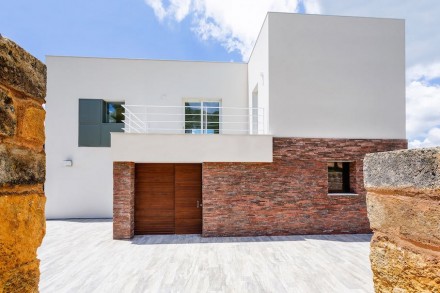 Visitors to Courtyard House of Stone gain access to the house via a narrow stairwell which breaks through the stone wall and leads into the courtyard. During the course of restoration work the steps were refurbished using a very hard stone from India. 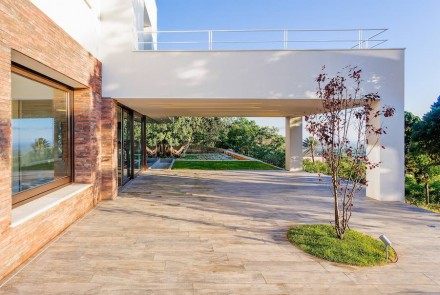 Ample ceramic work surrounds the floor around the house. The ground is reminiscent of the bark of olive trees. 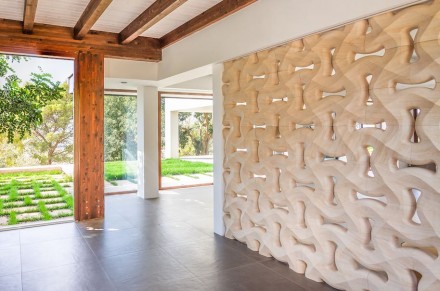 The second eye-catcher is the stone wall on the interior separating dining and living area. Here the wall suddenly has a very modern appearance but the reference to oriental masharabiyas is unmistakable. These are wooden separators with geometric patterns in keeping with Islamic architecture and culture. They block out the direct view inside but allow for welcome air circulation and a view to the outside. 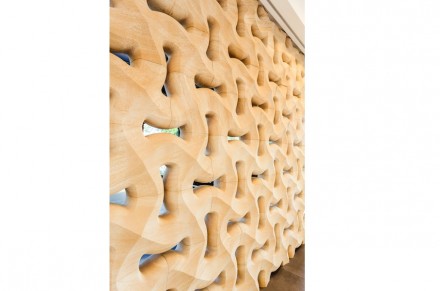 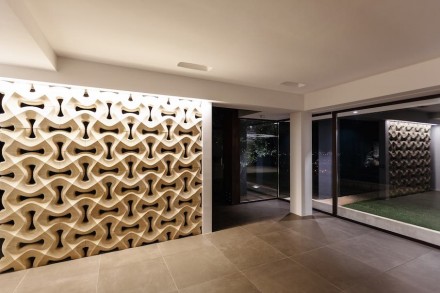 The interior stone wall was produced under the product name „Traccia“ by Italian-based Lithos Design. It was conceived by designer Raffaello Galiotto as part of the „Muri di Pietra“ (stone wall) Collection. The material used was limestone.