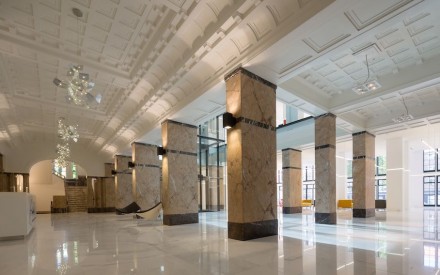 Update: virtual tour through the building

Brought out from under gyprock paneling and suspended ceilings, architect Erick van Egeraat has given the Rotterdam’s former official public library a new lease on life. The building was constructed from 1917 to 1923 in the Amsterdamse School (Amsterdam School) style and is now the main hall of Rotterdam’s Erasmus University College.

Only rarely does one encounter such opulence in interior design. Originally the building was designed by D.B. Logemann in cooperation with Nicolaas Lansdrop and Johannes Poot and bears wood paneled ceilings and natural stone pillars. 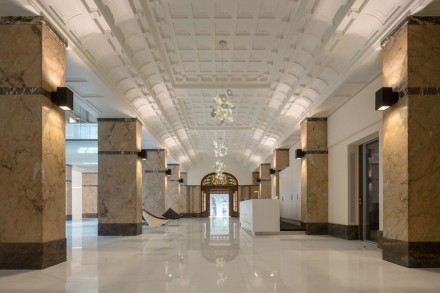 It is thankfully one of the only buildings to have escaped the Luftwaffe’s 1940 WWII bombings of the city center unscathed. 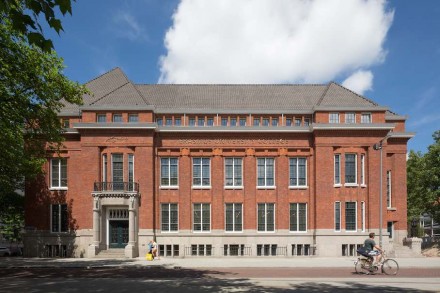 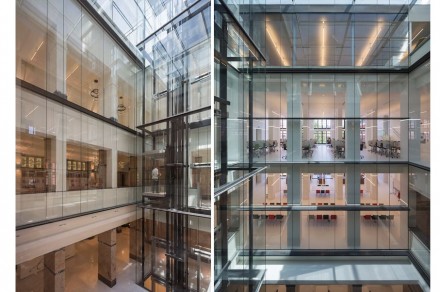 Erick van Egeraat has brought a new inner court to the building: its glazed roofing and elevator shafts allow light to flow into the interior of the 5 story building.

The archives, formerly distributed over 6 stories, now occupy 3 floors with the aim of creating quiet areas for students in the newly high-ceiling rooms.

The building has been integrated into the University campus since 2014 where some 700 students study. 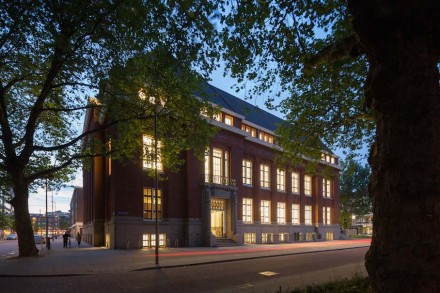 The Erasmus University College is integrated in the famous University of the same name. „Students will study a wide range of subjects, from philosophy and psychology to maths and economics, before deciding on their master specialization“ according to the web page.