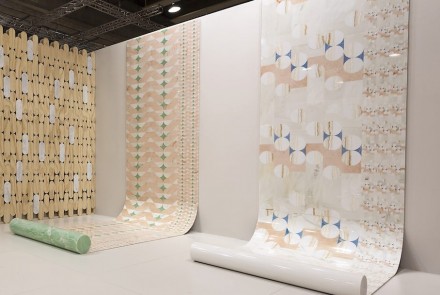 For the first time, one prize in each category was meant to go to a foreign recipient

The Best Communicator Award presented yearly at Marmomacc for the best presentations and exhibits was accompanied by a novel concept this year: at least one foreign candidate was to be presented with a prize or an honorable mention in each category. Last year saw only one category for foreign exhibitors.

Prizes were awarded in a total of 4 categories this year: Design, Stone, Machines and Tools. On top there was a prize within the parameters of Abitare Il Tempo held simultaneously in the Palaexpo-Complex of the Trade Grounds. 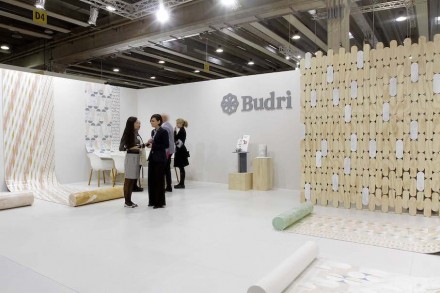 Italy’s Budri, the company with the wink of an eye, was presented with the design award for their wallpapering in stone. This, at least, was the impression left by designer Patricia Urquiola for her narrow strips reaching from ceiling to floor.
The company had realized the design called „Papiro“ with exceptional skill not only in crafting the extremely narrow strips assembled from a multitude of pieces, but also in transposing its direction via a curve to the horizontal. The piece made of massive material at the end on the role lends the impression of arbitrary continuation of the vertical wallpaper. 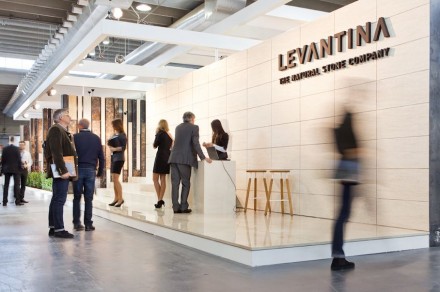 Spanish-based Levantina Company was also awarded a prize in the Design-Category. Architect Héctor Ruiz Velázquez created a mise-en-scene in natural stone in a variety of rooms.

Particularly imaginative: the implementation of a wide variety of types of stone: narrow strips adorned the walls. A fan-index assisted visitors in discovering the stone before them. 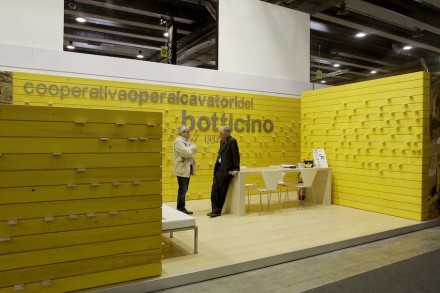 Special mention went to the Cavatori del Botticini-Quarry-Cooperative whose stand has remained unchanged for a number of years – sleek, functional and aesthetically pleasing: the yellow color sets it apart and the tiny stone platelets in the walls which doubled as take-away calling-cards. Design by Ivan Tognazzi. 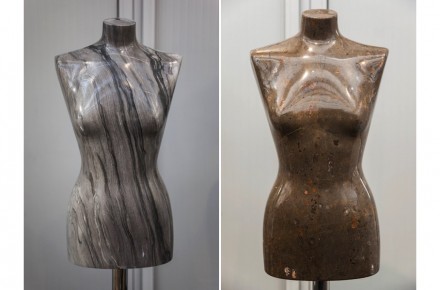 First prize in the category „Stone“ went to Antolini and designer Alessandro la Spada who had conceived mannequins in exclusive stone and jewelry of the same material (jewelry designer: LadyA). 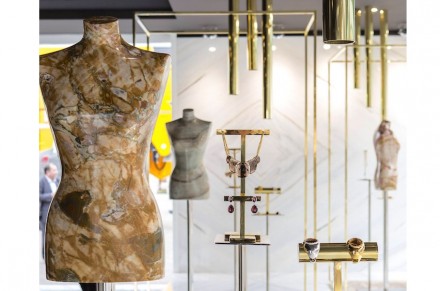 The idea was obvious and simple and was all the more surprising and interesting as a result. 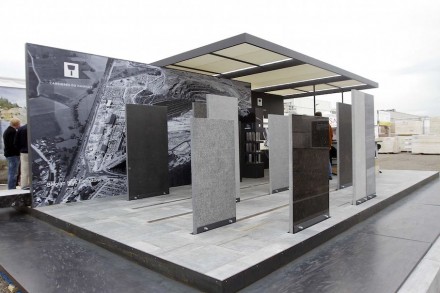 Another prize in the category „Stone“ went to the French quarry Carrières du Hainaut and architect Jan Devroey. 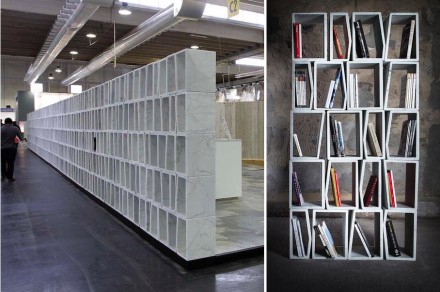 Henraux and Luce di Carrara had commissioned Studio Archea to design their stand and were rewarded with special mentions. For the wall-to-wall book-case called „Marmeria“ a rectangular standard element was varied slightly on one side. 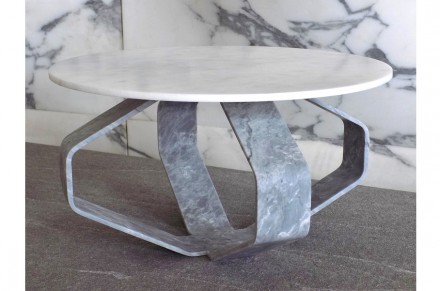 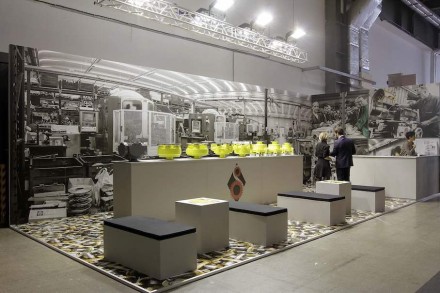 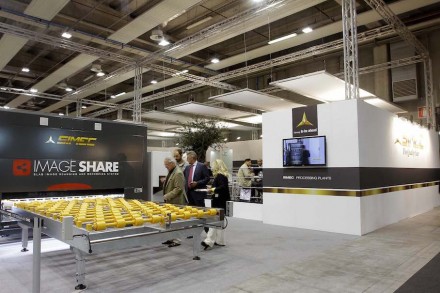 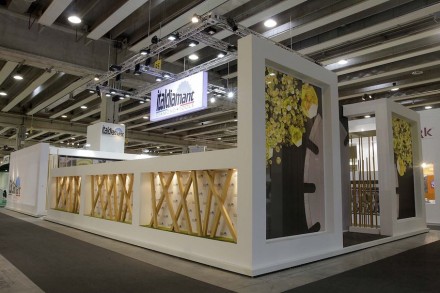 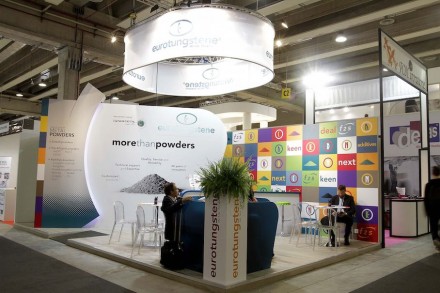 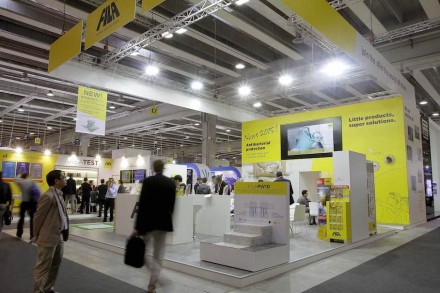 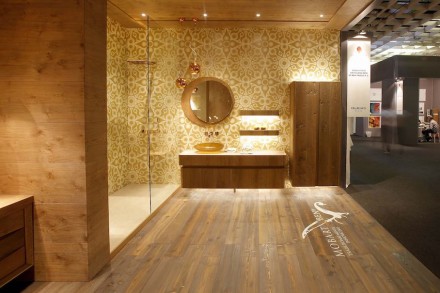 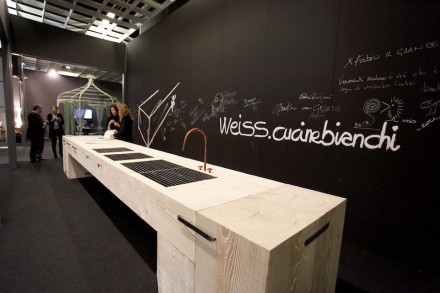