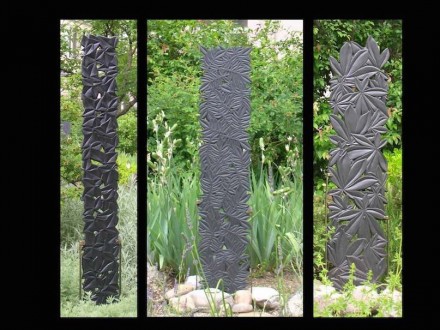 Plants tend to conjure the picture of green leaves and fragrant blossoms. French sculptor Elsa breaks with these expectations: she depicts the leaves only and what’s more: usually in dark slate.

Incredibly rich though, almost like in nature itself, are the shapes and forms she lends her sculptures. 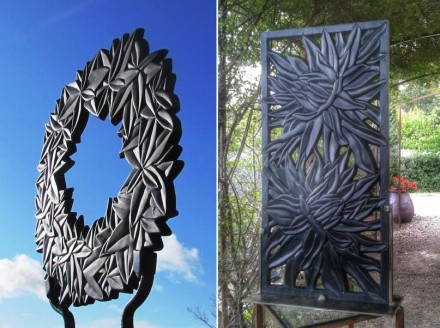 There is polished stone, were leaves seem to lie beneath a wax coating… 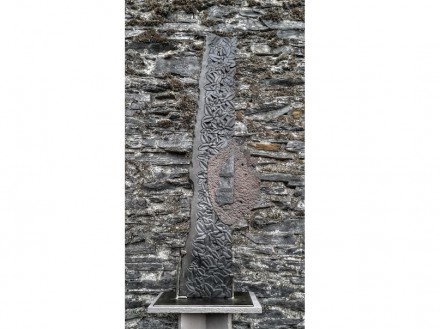 … or arrangements some quite complex, … 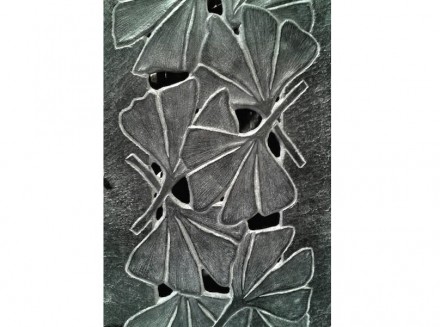 … or occasionally unmistakably leaves of real plants, like that of the ginkgo tree. 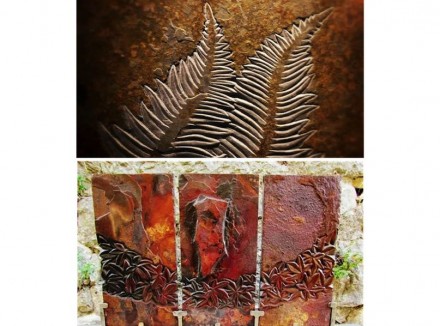 Elsa came to love sculpting through her father. Today the mid-thirty-year-old sculptor has her atelier near the Verdon River in the so-called Grand Canyon of the in the Département Var.

We felt obliged to ask why one would want to move to such a raw alpine environment if one is inclined to study plants as a motif for the artwork. Perhaps, we speculate, it is the inspiration she gathers from the opulent flora of eons past which grew on the formal tropical reef?

Cut and dry she quashes such highfalutin thoughts. „It was life that called me south“, she tells us in her mail, „… after all, a dandelion growing in a crack in an industrial surrounding can inspire one as well.“ 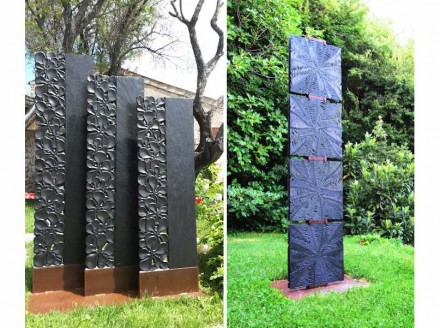 She also makes no fuss about her use of slate. True, she was born in the Central Massif made up to a great extent of slate. „But I never thought of working with slate even if I liked its aesthetic properties.“

Coincidence brought the two closer together. „That was the beginning of an adventure.“
By and by she has been participating in art exhibits nationally and internationally. 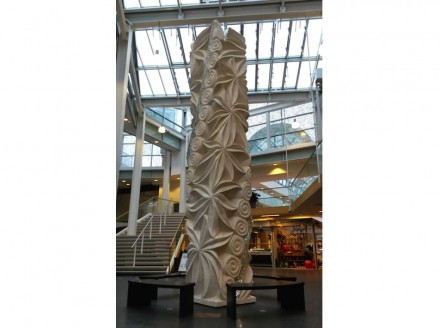 In Denmark she once erected a monumental work of art over a period of several winter months. 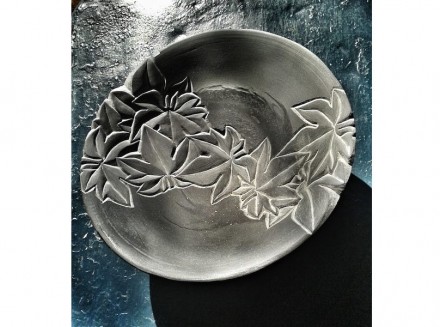 In her atelier in Bargème, some 1,000 m above sea-level, in the Département Var she welcomes visitors and tourists in the summer months. Otherwise she can be found in the shop. „I’m there between 10 and 12 hours a day because I love my work. It’s my passion.“

And by the way: about an hour’s drive from Bargème in direction of the Mediterranean coast, the lavender fields around the famous perfume town Grasse bloom in late summer.

This takes us full circle back to the green leaves and fragrant blossoms. 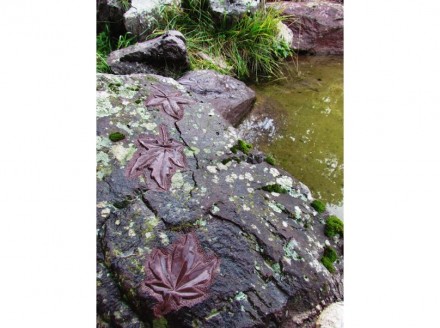 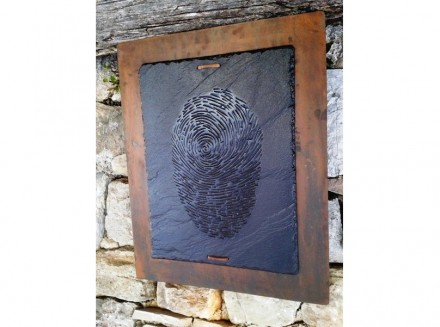 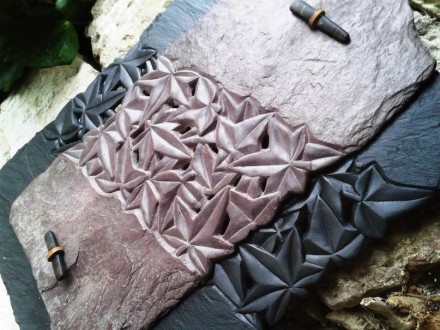 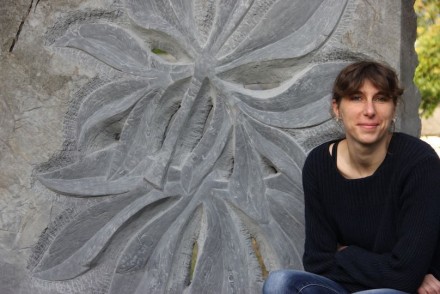