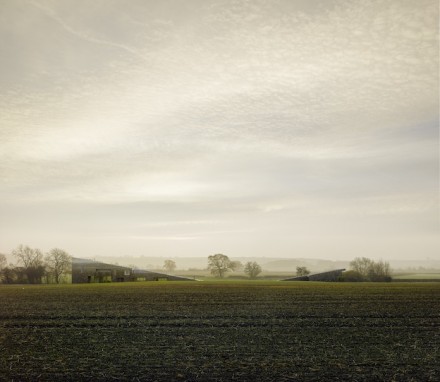 Many an interpretation has already come forth regarding the two buildings on our photo: are they the result of two tectonic plates colliding deep within the Earth’s crust, pressing both plates like two stairwells skyward? Or are they, in fact, two UFOs which crash-landed in the County of Buckinghamshire near London? 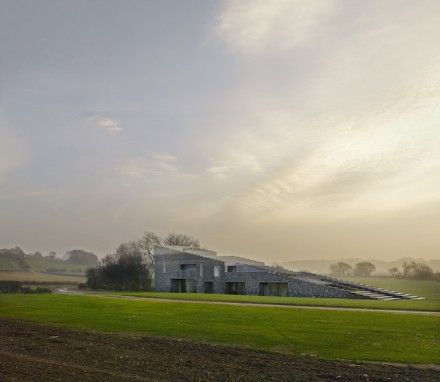 At closer inspection, the tip of your boot might touch one of the many stones strewn about. These are flint stones as the beholder will re-encounter on the outside of the building.

Flint House is the name of the two cascading platforms which have been endowed with a number of prizes, the last of which was awarded in 2015 by the Royal Institute of British Architects (RIBA).

The architects responsible were from London’s Skene Catling de la Peña, whose head had been commissioned by Lord Rothschild. The landlord wanted an extension to Waddesdon Manor but as a separate building complex. The Manor itself houses art exhibits.

The new complex should be extraordinary, perhaps mythic like a work of art in its own right, emerging out of the surrounding landscape, and inspiring in any event. Money was no object apparently, and the costs were not made public.

The architect took a look at the area and was immediately inspired according to the Financial Times: „When I first went to the site it was the middle of winter and there was just a ploughed field and a few bare trees, but in the field were all these field flints — that was the clue.” 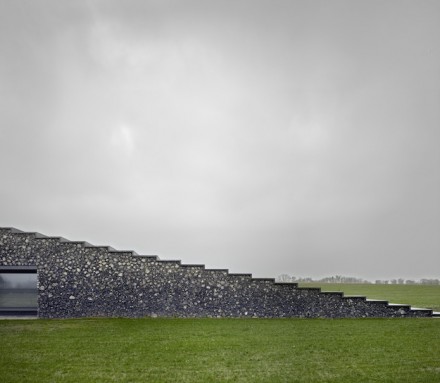 The result is a composition resembling Aztec architecture in its outer shape. The distinguishing factor: the buildings seem to grow out of the earth and its outer skin is clad almost entirely in the same material as covers the ground around them. 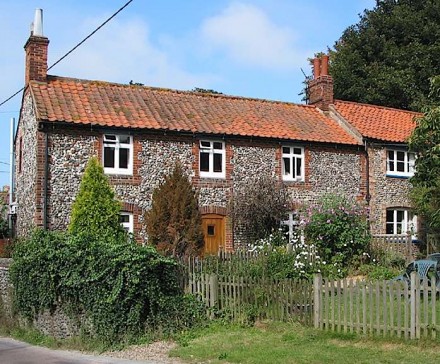 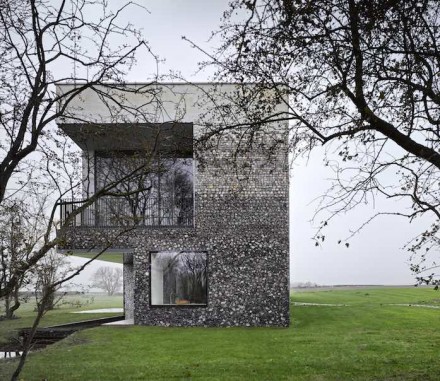 The façade of Flint House is spectacular in its detail: It is comprised of five flint layers in hues from dark at the bottom to near white at the top. The shape of the chunks changes from bottom to top as well: the bottom layer is comprised of raw chunks, which morph moving upward to near right angled blocks.

The base level is comprised of rough flint pieces with large gallets embedded between.

The dark layer gradually lightens as the higher levels catch the eye as they fade intricately worked to exact fitting blocks of chalk with barely visible joints. On foggy days the complex seems to fade into the sky above.

The preparatory work for the façade, i.e. splitting the stone and sorting suitable from unsuitable pieces, took a trimester in itself. Another two trimesters were needed for the actual masonry.

The façade is all of 90 m long for each of the two buildings. „A project of this type and proportion hasn’t been tackled in 200 years“ according to David Smith, Chief of Flintman Company responsible for the stone masonry. Jovially he ads when questioned about the gallets embedded in the black lime mortar: „Some 1.1 million single pieces were chipped and positioned – had we known how much work was involved, we might never have taken on the project.“

Smith is a personality in his own right on the natural stone scene of Great Britain. We will be publishing a portrait and details on his implementation of flint in a later issue.

Flint House is home to the curators of Waddesdon Manor art exhibits. The one story building with a surface area of 115 m² includes a studio-apartment. The adjacent two story building with its 465 m² incorporates the living quarters. Both are annexed by a paved path.

The exceptional architecture continues on the interior of the buildings. Allow us to highlight but a few elements: the two-story building includes a division between private and public area realized by means of a brook, reflected on the ceiling with the aid of mirrors;… 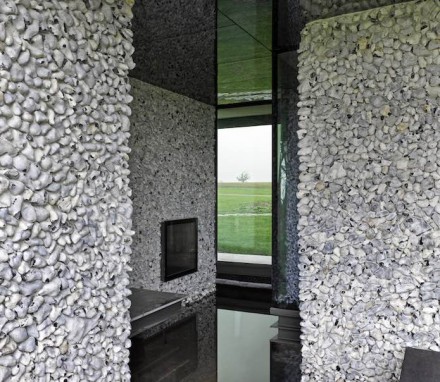 … some of the walls incorporate chunks of flint stone, imbedded in the mortar; the furniture was designed to fit into the ambiance.

Flint House has fittingly been dubbed „a work of art“ in its own right.

And: the architect adds her wish, the buildings should age gracefully with the aid of moss and lichen with will grow on the exterior. „There’s something suffocating about buildings that are unable to reflect any passage of time”, she is quoted in the Financial Times. 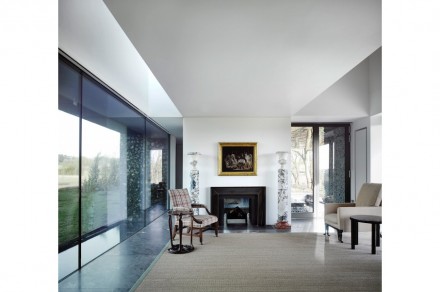 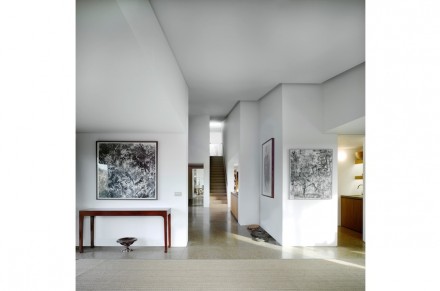 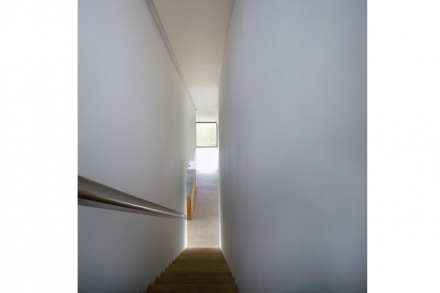 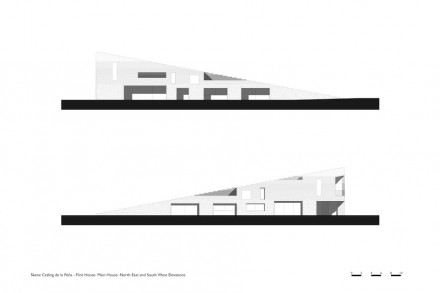 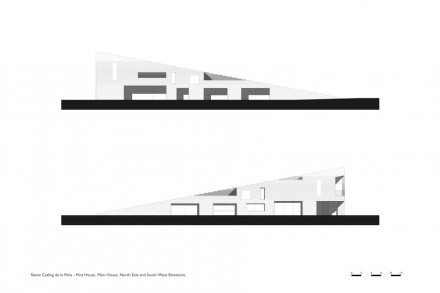 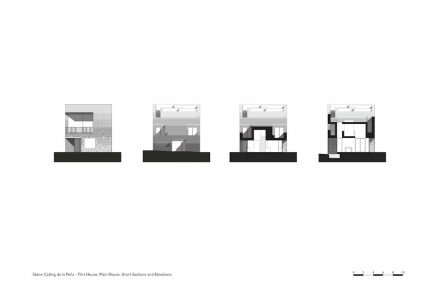