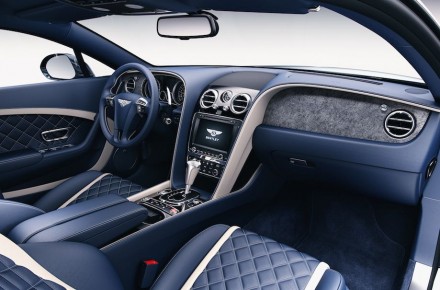 Chief of the special department: „This is only the beginning of what we plan to do with this luxurious and unique material”

Et tu Bentley. Detroit’s North American International Auto Show (January 2016) introduced natural stone as a special décor material for the British Luxury automobiles. As reported pertaining to other automobile producers, the special veneers are but accents of a few square centimeters of super-thin stone. But the news is worth a press-release: the aim was to „make a luxurious, contemporary feature of a natural product formed over 200 million years“, according to the release.

The element is incorporated in the passenger dashboard where the glove compartment is usually integrated. A mere 0.1 mm thick, the stone veneer is fiberglass reinforced and coated with a layer of handmade resin. The stone is Indian slate or quartzite. 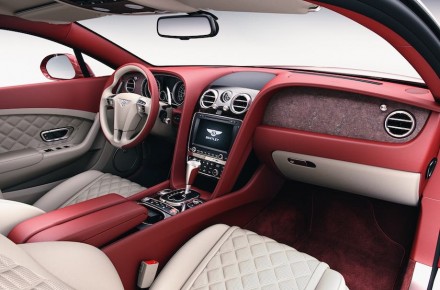 Four colors make up the sample board to match interior design.

Manufacturing and realization is the work of Crewe-based Mulliner Operations, England. The specialist’s motto is „Anything is possible”.

Chief of Mulliner, Geoff Dowding comments: „Stone veneers are another first for Bentley – but only the beginning of what we plan to do with this luxurious and unique material.”

The company, whose logo bears the winged „B“ sold some 10,100 luxury automobiles world-wide last year surpassing the self-set 10,000-mark for the third year running.