Xiamen Stone Fair (2): Barack Obama at the lectern and international speakers at the World Stone Congress 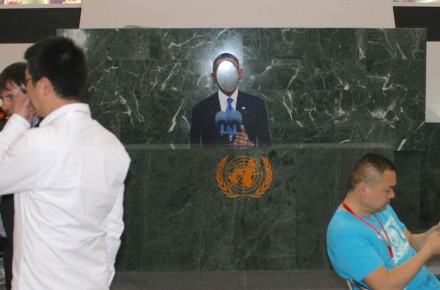 The Xiamen Stone Fair (March 6th to 9th 2016) could measure up to Marmomacc for the first time this year, as we reported in part 1 of our China Trade Fair report. Proof of the pudding was that even on the second and third time around the fair new and surprising elements could be discovered just as in Verona.

Let us resume showing our picture gallery of exhibitors’ stands and products.
One special presentation deserves extra attention, as seen in our photo – top: on day one of the fair Barak Obama paid a visit to Xiamen Jinghuang Stone Company’s exhibit stand. The background information to the „visit” is the fact that the company sells the Taiwanese Seagreen Marble, which, according to their own acclaim is the stone of which the lectern at the New York-based United Nations is crafted. 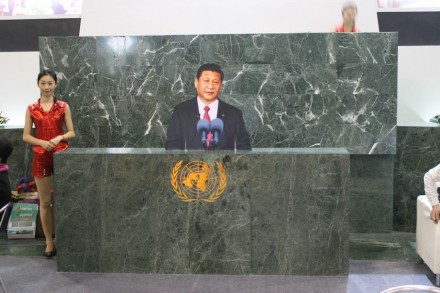 Later on, the US-President had vanished and in his place the Chinese Head of State Xi Jinping appeared. Of course we had to ask questions.

But all we were tersely told was that the first day presentation „seriously lacked respect“. 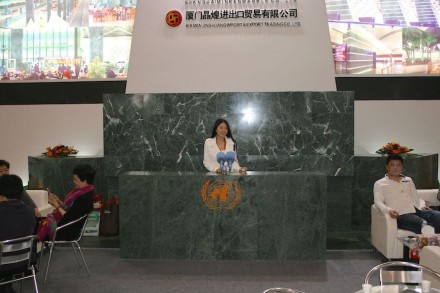 But the Chinese were also quite informal in their company with their own president. He was repeatedly replaced by another „speakers”.

Or photo at the top could also be classified as lacking respect: The flash of light we put on Obama’s head could be interpreted one way or another. 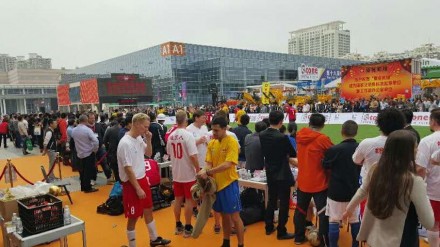 As usual, the Lundhs’ Cup Tournament where 4 teams of exhibitors or exhibiting countries competed against one another was one of the Fair’s highlights. This time, 6 games, each 20 minutes in length took place on the inner court of the Trade Fair and the game was no-longer sponsored by the Norwegian Lundhs Company alone (whose team left the playoff without a single goal) but also by the Fair itself.

The Fair Organizers ensured that the soccer field was set up and dismantled silently and they organized the referee, who received much praise. The Organizers also contributed their own team called „Shi Shan Ban“, or freely translated: class of friendly stones. Players were all from the stone branch and had attended lectures at Xiamen University.

Two more Chinese teams competed, i.e. „Dragoon“ which took home the cup last year.
But who was champion this year? 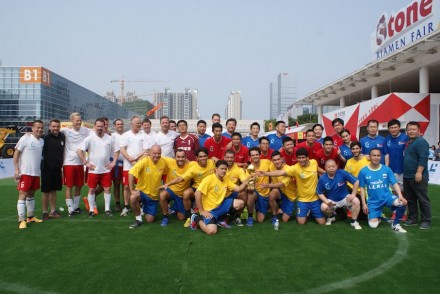 It was Brazil’s „Samba“, which had failed so dismally last year. All the more understandable that they were profusely cheered and very proud.

Special mention is in order for the World Stone Congress which is gaining ground from year to year. The key-lecture of day one was held by star architect Sou Fujimoto who incorporates structures derived from nature such as from trees and foliage into his drafts. His lecture was held before more than 700 guests. 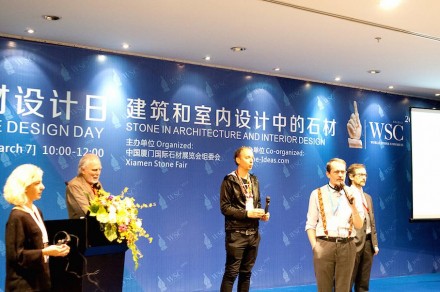 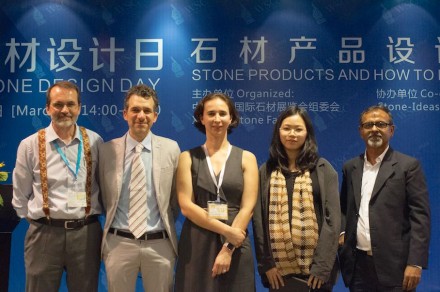 Product design was the theme of the afternoon round of lectures with 120 visitors as well. The photo shows (from left to right) Peter Becker, Stone-Ideas.com, moderator and coorganizor; Francesco Grassi, Grassi Pietre/Laboratorio del Marmo, Italy; Suzan Zanbak, Akdo/Silkar, Turkey/USA; Yuki Ceng, Topmax Stone, China; Nikhil Shah, Niksang Arts, India.
The educational program offered by the Trade Fair Organizers in cooperation with the Marble Institute of America (MIA) was elaborate and extended over 2 days. 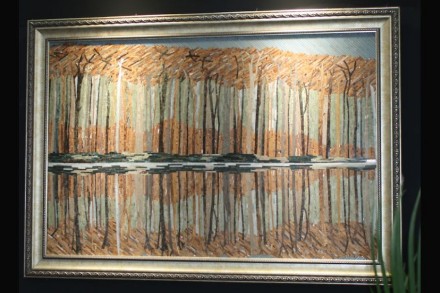 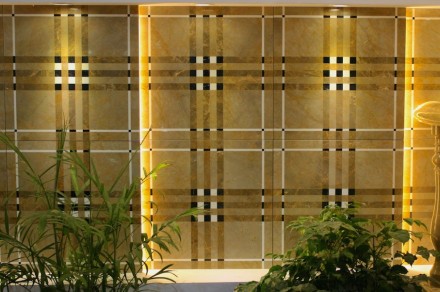 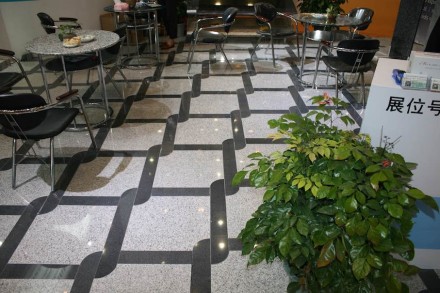 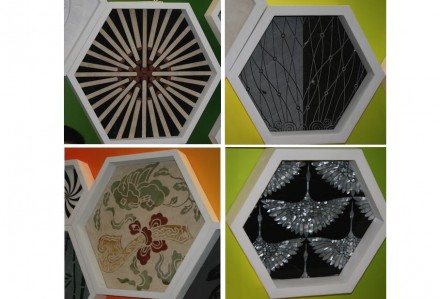 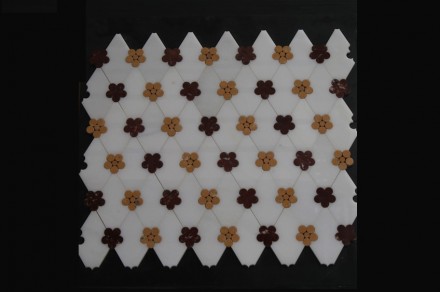 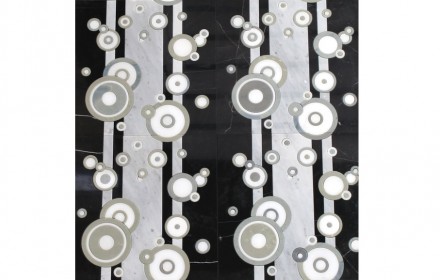 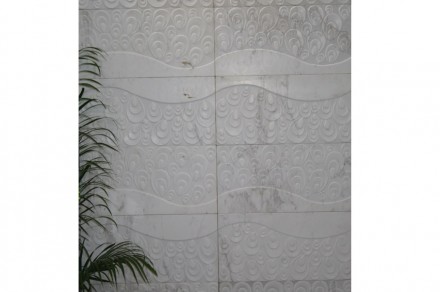 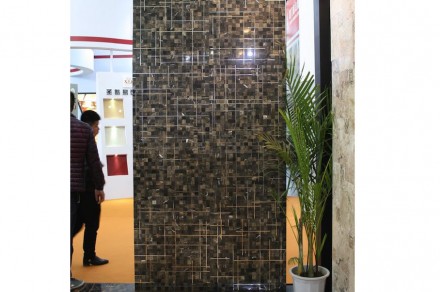 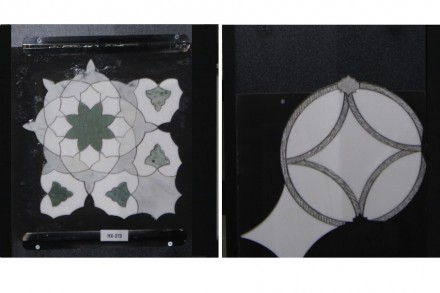 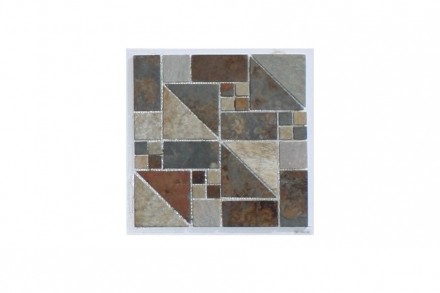 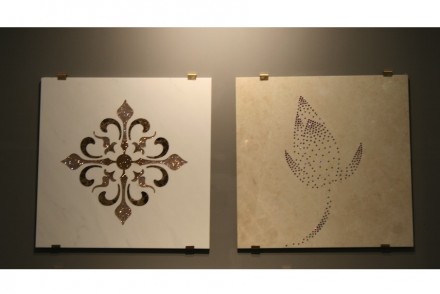 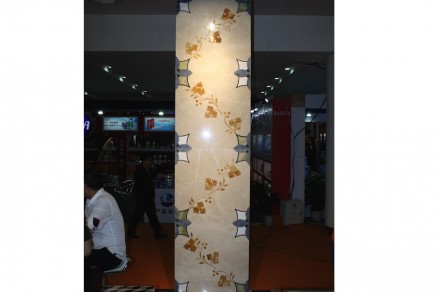 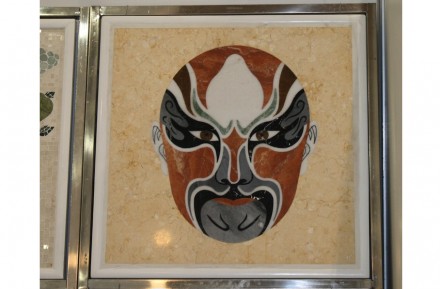