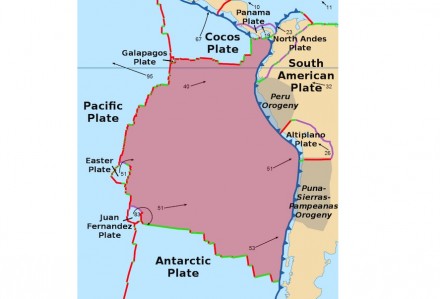 The earthquake in Ecuador on April 16, 2016 has caused a death toll passing 500 with thousands injured and many still missing, international media report the situation five days later. Identification of the casualties is difficult as the area was visited by many tourists. Official teams take fingerprints of the unknown dead before burying them in mass graves.

The earthquake with a magnitude of 7.8 happened on or near the plate boundary where the Nazca plate subducts under the South American Plate, according to a webpage of the US Geological Survey (USGS).

This subduction goes on at a velocity of approximately 61 mm per year and is the cause for the many earthquakes along the Pacific Coast from Chile to Panama as well as for the many volcanos in the Andes (forming a part of the so called Pacific Ring of Fire) and for the folding up of this mountain chain itself.

The USGS reports on its webpage: „Ecuador has a history of large subduction zone related earthquakes. Seven magnitude 7 or greater earthquakes have occurred within 250 km of this event since 1900. On May 14th, 1942, a M 7.8 earthquake occurred 43 km south of this April 16th, 2016 event. On January 31st, 1906 a M 8.3 earthquake (reportedly as large as M 8.8 in some sources) nucleated on the subduction zone interface 90 km to the northeast of the April 2016 event, and ruptured over a length of approximately 400-500 km, resulting in a damaging tsunami that caused in the region of 500-1,500 fatalities. The April 2016 earthquake is at the southern end of the approximate rupture area of the 1906 event. A shallow, upper crustal M 7.2 earthquake 240 km east of the April 2016 event on March 6th, 1987 resulted in approximately 1,000 fatalities.“ 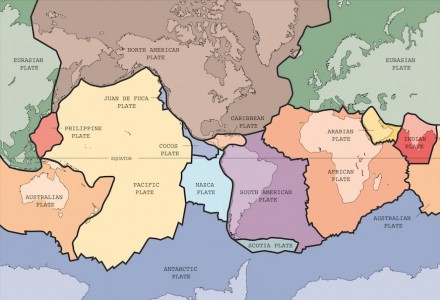 In February 1835, Charles Darwin himself had witnessed an Earthquake further South at the coast of Chile with a magnitude of 8.5. He had reported about it in his „Voyage of the Beagle“ suggesting that mountains might have been created in a succession of small events rather than in one big explosive thrust. That was 80 years before the concept of continental plates drifting on a liquid inner earth was invented, as Nature Geoscience reports.