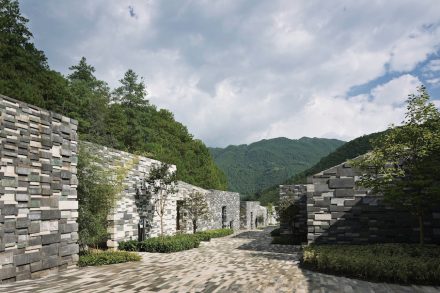 Volcanic and seismic activity are common in the Yunnan Province bordering on Laos, Vietnam and Myanmar, specifically on the outskirts of the city of Tengchong where Japanese architect Kengo Kuma was solicited to build the Yunfeng Spa and Resort. The area is rich in hot springs. 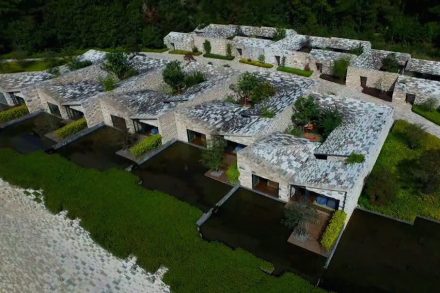 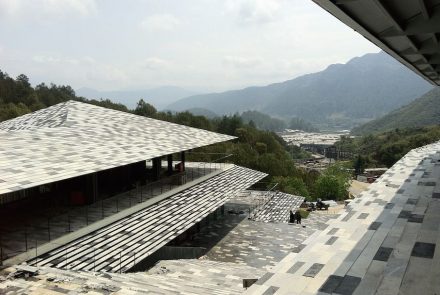 The rooftops, exterior walls and even the main pathways are clad in pixel patterns of natural stone or stone-like material. Only green areas and trees break the Unicode cladding in front of the building and in the inner courts. 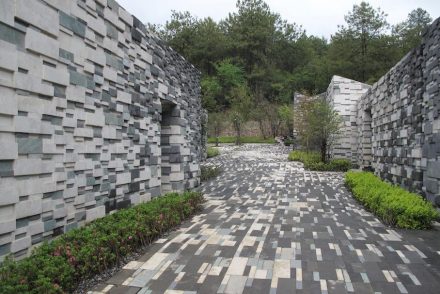 Distribution of the cobblestone by size and color seems random. 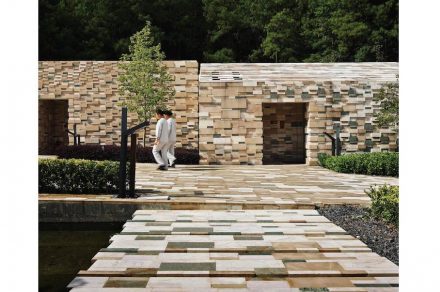 The stone on the walls jut out and are recessed also seemingly willy nilly.

The material implemented originates from local quarries. „By working on the local stones, we tried to express the power of the earth in the architecture we designed”, says Architect Kuma. 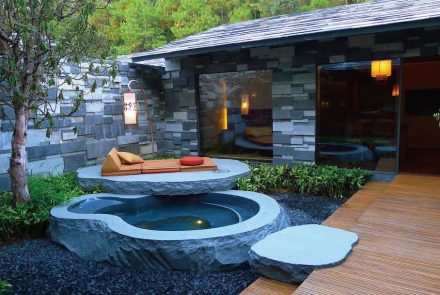 Even the bathtubs are made of local stone waiting to be filled with water from the hot springs. 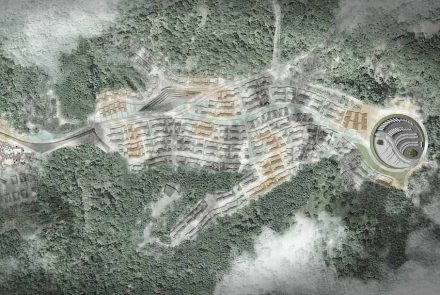 The entire complex extends from the forest to a steep slope of the Yunfeng Mountain, a sacred place according to Taoist belief. Kuma wanted to express respect symbolically, „So we arranged the buildings as if to follow the current of the ,spirit’ coming down from the mountain.“

The area is also rich in jade which is skillfully worked by local craftsmen. Amber imported from Myanmar is also worked in the area as reported in Wikipedia.
Kengo Kuma and Associates