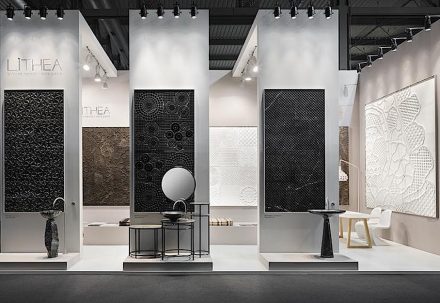 European art is reverting to the roots of ancient cultures from all round the Mediterranean. Sicily was among the most important cultural centers for centuries. This is where in the town of Patti natural stone producer Lithea is at home and has taken on the challenge of uniting Africa and Europe with its new collection. „Trame Mediterranee“ (Mediterranean Weaves) is the title which designers Marella Ferrera, Fabio Fazio, and Marco Piva gave their tiles and furniture inspired by ancient cultural values from around the Mediterranean. 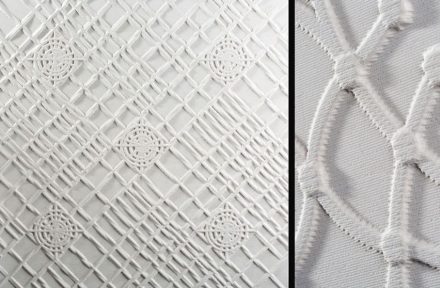 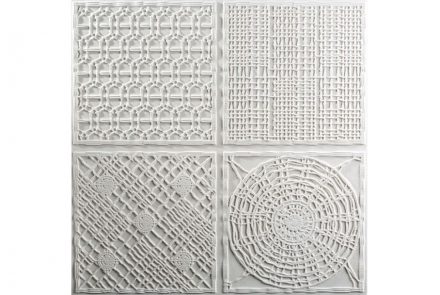 Marella Ferrera went one step further and actually integrated weaving in the surface of her tiles by the name of „Makramè“ (Makramé). 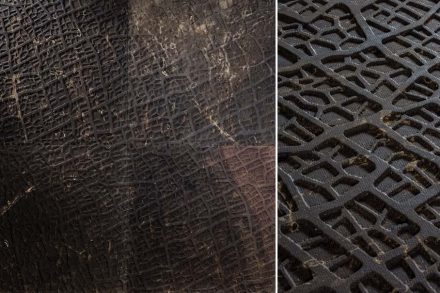 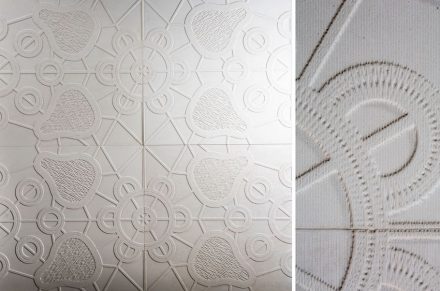 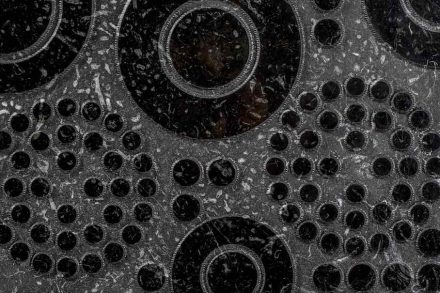 „Round“ is the name Fabio Fazio gave his one of his creations…, 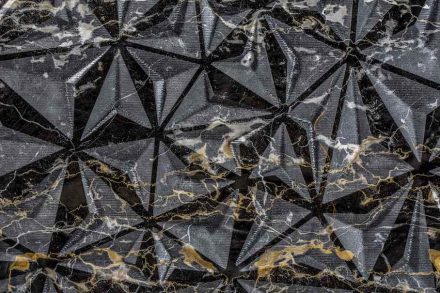 … „Origami“ is another alluding to the art of Japanese paper-folding. Fabio Fazio is designer and CEO of Lithea. 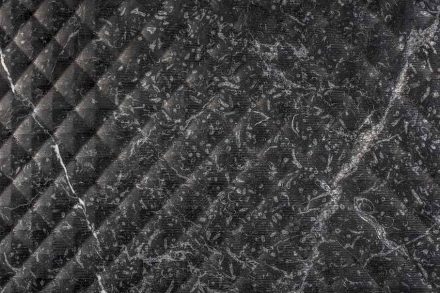 „Matelasse“ by Marco Piva alludes to baroque brocade. During the Byzantine Empire the fabric was stitched with gold and silver threads and sold all the way to China. 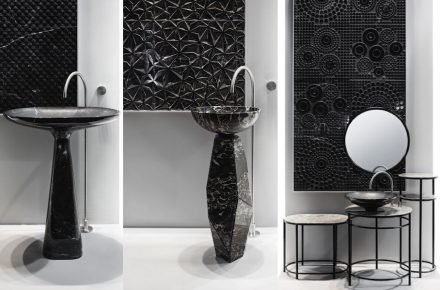 Marco Piva and Marella Ferrera also designed furniture to match the tiles. „Isole“ is the name Marco Piva gave his collection of vanities and washbasins. The single elements are called „Panarea“, „Salina“, and „Vulcano“ respectively. 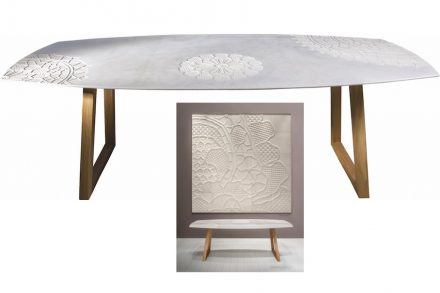 „Ranni“ is the name Marella Ferrera gave her table reflecting a surface weave.

Lithea Company was founded in 2008 by Patrizia Furnari and Fabio Fazio. The Company’s subtitle is „Le Forme Sensibile della Pietra“ (Sensitive Forms of Stone). The company aims to position itself and natural stone fully in the midst of contemporary material.

The parent company, MGM Furnari, has made a name for itself beyond Italy’s borders with exclusive projects. 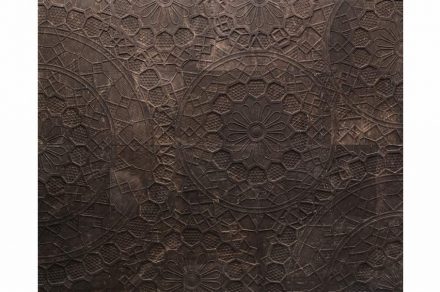 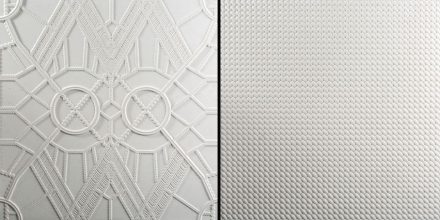 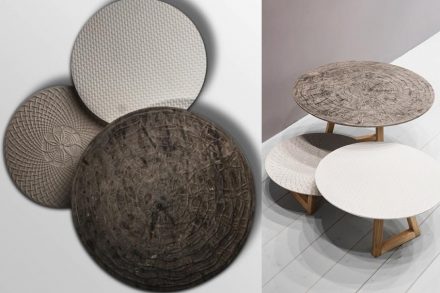