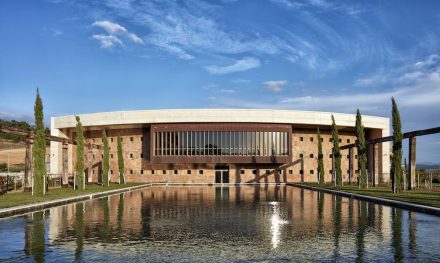 The fact that wine and natural stone go together like the lyrical horse and carriage is well-known. The deciding factor in the outcome of a wine, is, after all, the soil in which the wine stock grows, minerals in the rock underneath and their thermal storage properties.

Building for the wine branch is also popular with architects because the local character of the products comes to the fore.

Allow us to discuss a Turkish winery, the Vinero Şharap Fabrikasi (Vinero Wine manufacture) in Canakkale Province’s city of Eceabat. The peninsula of Gallipoli is situated on the outer rim of the Sea of Marmara, a magical site between Orient and Occident since the days of Alexander the Great and home of one of Turkey’s numerous Historic National Parks today. 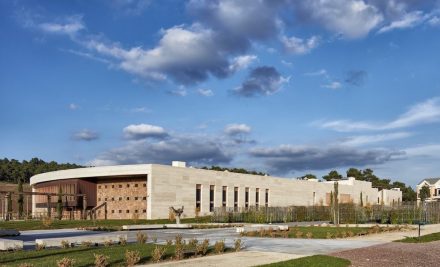 In the center of the park, the low, one story building where the grapes are pressed, stands next to the guest-house. Together they encompass an area of 16,000 m².

The elongated sides of the manufacturing complex are clad in travertine. 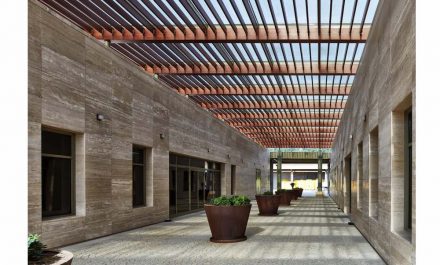 Also clad in travertine: the façades of the „inner street“, which connects the two complexes.

The manufacturing complex fits snuggly into the sides of the wine hills. A different view is offered from the balcony on the front of the building overlooking an artificail lake. Here the façade is marble-clad. The storage undercroft is situated below the lake in front of the building.

The complex was shortlisted for this year’s World Architecture Awards in the category production, energy and recycling. 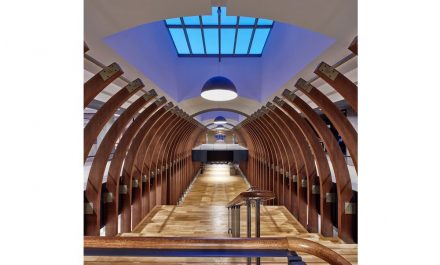 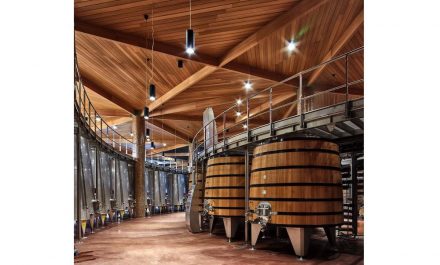 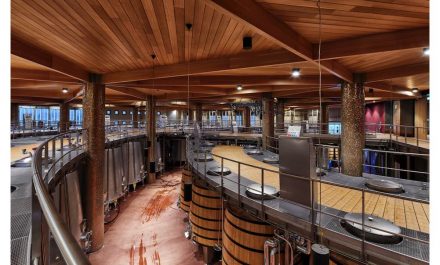 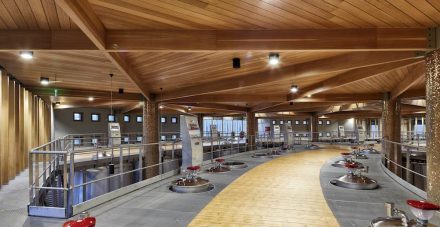 To make this tangible, a guided tour of the complex starting with the grapes delivered in the ground floor, over storage areas in the lower level and to the fermentation tanks with a bridge from the tanks lids.

The tour ends on the balcony where a wine tasting is offered.

The architects put several elements to good use: the production line leads from the top of the three stories downward. The subterranean rooms are naturally tempered providing an even temperature and humidity level suitable for aging wine such that heating and ventilation are needed for fine tuning at most.
By the way: the storage temperature of red and white wine is 13° Celsius, despite the fact that are served at different temperatures.

Sanset Gida was the landlord, a subsidiary of Toksöz Group a broad interest conglomerate with a focus on pharmaceutical products. Sanset is known best via its subsidiary Sagra, producer of nuts in various forms.

The first bottles of wine will be marketed shortly under the name „Vinero“.
The landlords envisage an atmosphere akin to that in Southern France Wine Castles entertain for their guesthouse. 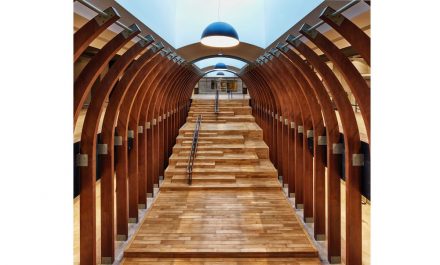 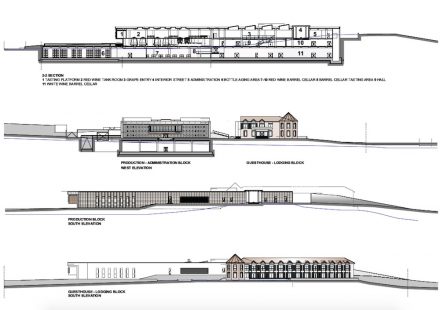