Marmomacc’s new logo took us by surprise at the 51st Trade Fair (September 28th to October 1st 2016): one „c“ was dropped, but the trademark is now two tiered, i.e. „Marmo“ and „Mac“, the liaison being made by a „+“. Originally, „Macc“ was meant as an abbreviation of the Italian word for machine, macchine.

In the interest of comparison: here is the old logo once again:

According to a press release, the new design conveys the message that the Verona Trade Fair is a stage for a „multifaceted industry“ whose gamut ranges „from products through to technology and design“. The new look is also meant to demonstrate that the Fair spares no expenses in actively promoting „university training“ and the branch in general.

But a divergence between a logo and the trade mark is more than unusual. It is almost as if the name „Ferrary“ suddenly stood under the Ferrari-stallion.

The Trade Fair Organizers report an increase in numbers of exhibitors: 1650 (a +10% compared to the 2015 figures); 67,000 trade representatives from 146 countries visited the stands, a first for visitors from Angola, Afghan and Indonesian representatives returned to this most important event of the stone branch in the Western World.

As always, the accompanying program was plentiful and comprehensive. The following is a short summary of some of the highlights:
* „Italian Stone Theatre“ in Hall 1 was the subject of a previous song of praise on our part (see link below);

* Events focusing on architects such as a podium discussion on „The Future of Design: Materials, Sustainability and Context“ held in cooperation with the trade magazine Architectural Records; Abalo Alonso Arquitectos, Kaan Architecten and Maroun Lahoud Architecte were chosen as candidates for the 2018 Archmarathon Stone Award (1, 2);

* The Icon Award celebrated a first: „Play Bench“ by Denis Santachiara for Costa Paolo company was selected among the objects presented in the „New Marble Generation” in Hall 1. Marmomacc intends to use the object for advertising purposes during the coming year. 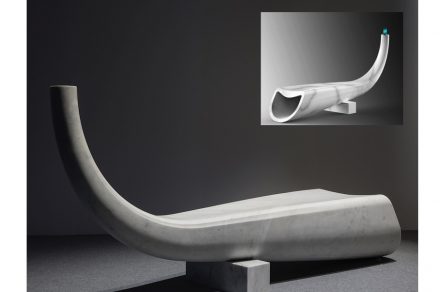 Numerous events were conceived as part of a credit program for architects toward further education.

„Technology for Creativity“ was the title of an expert discussion in which the various aspects of modern machine-assisted artistic work was the topic:
We are currently in the introductory phase of new technology in which experimentation rather than production is the aim at the moment;
* Work of stonemasons of yore was aimed at building cathedrals – today we are uncertain which direction developments in the natural stone world will take;
* Technology offers unexpected possibilities for designers and artists (under the heading Stonesculpture 4.0), but it will never replace mankind’s contribution;
* The converse title „Creativity for Technology“ would have better described the object of the event;
* Natural stone designers should focus on producing without creating waste. The classic adage „The artist removes material and adds shape and form“ requires rethinking.

We show some photos from eye-catching exhibitors. 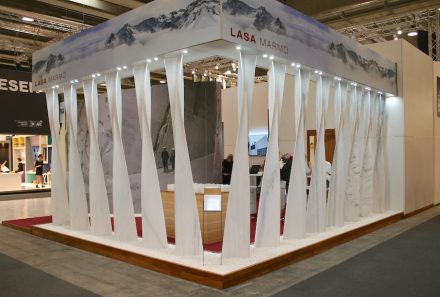 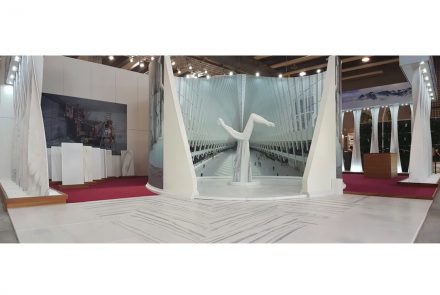 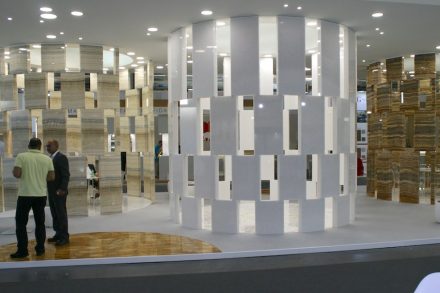 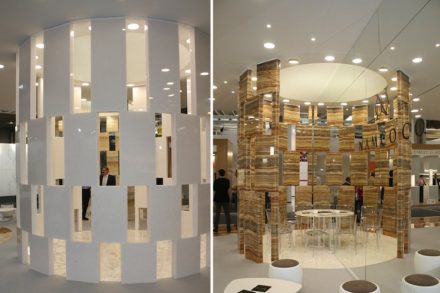 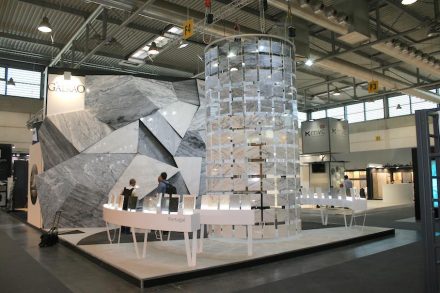 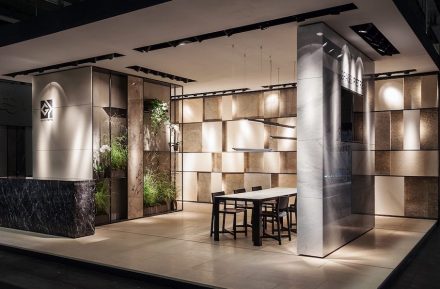 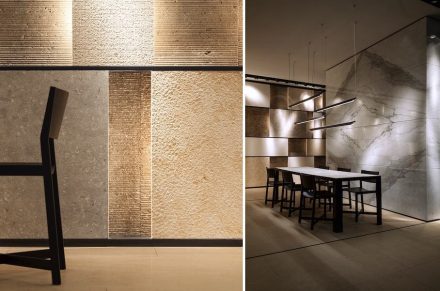 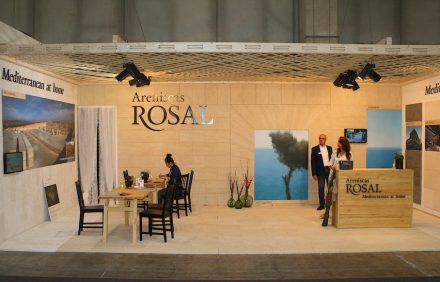 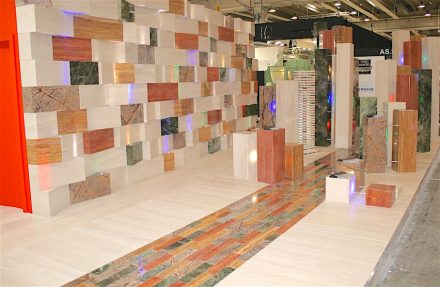 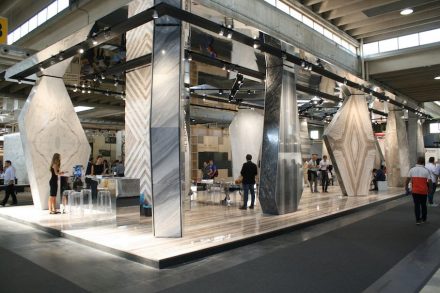 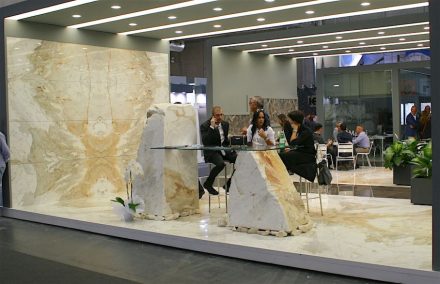 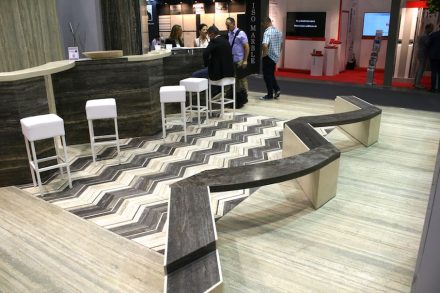 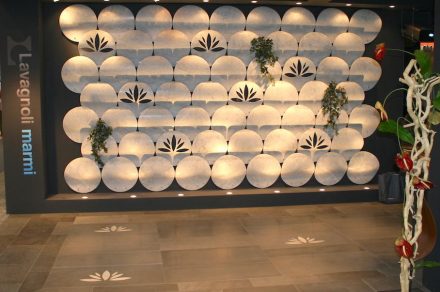 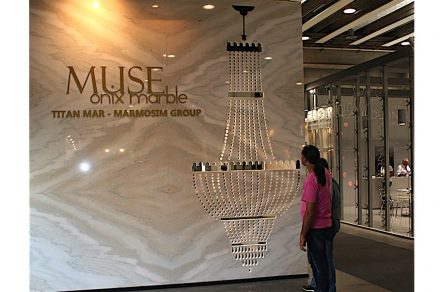 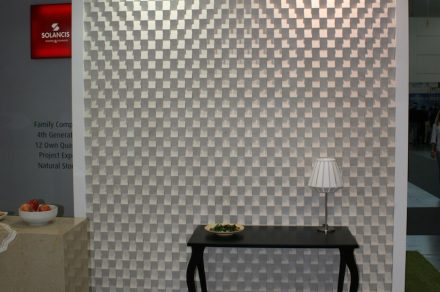 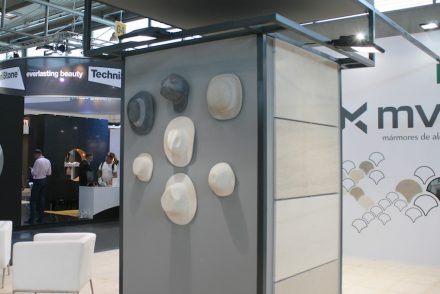 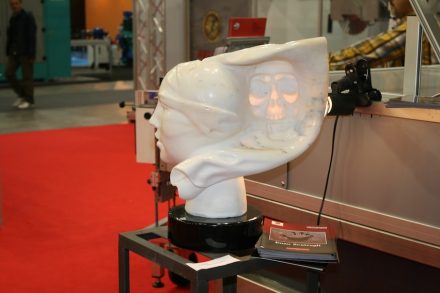 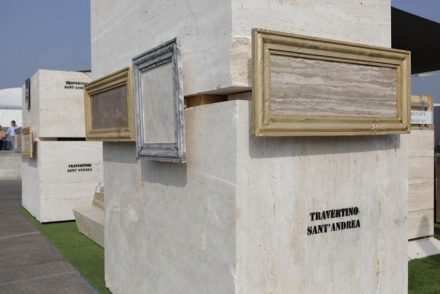