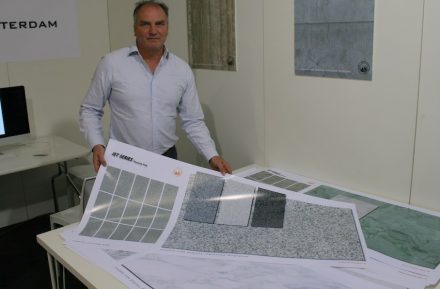 Technological innovation in production emulates marble and granite to a T

For visitors with a natural stone background, this year’s Cersaie Ceramic Trade Fair must have come as a shock: natural stone look-alikes are indistinguishable from the real thing.

The improvement is a result of technological innovation: printing techniques, colors and the veins applied to tile ingots are better than ever; the ingot itself can be died in a variety of colors; and, last but not least, glazes and surface finishes have been improved.

The result: tiles with a hitherto unseen deep luster. Whereas dark marble imitation ceramic tiles were never as thick as stone slabs, veins and color now seem to ensue from deep within the mockup.

The same holds true for light hues of marble or even granite. Note: the technology producing companies were the ones who presented the new improved quality. Not all companies have adopted the new methods but it only seems a matter of time before they do.

Not to mention that every stone type emulated in ceramic comes in a variety of colors and vein-designs.

The topic of augmenting sales by touching on emotions was recently broached by Euroroc Secretary General Prof. Gerd Merke. Euroroc’s general assembly, held at this year’s Marmomacc, focused on just this theme.

We will be reporting in depth soon.

And another observation: ceramic tiles are becoming bigger still.

Cersaie, which was held from September 26th to 30th 2016 in Bologna, noted an increase of 4.7% in numbers of visitors compared to the year before. In total 106,599 visitors pored through the gates „thanks to a great part to foreign attendance representing 50,976 or nearly half the total number of visitors“, according to a press release.

Italian visitors were on the increase as well for the first time after years of negative growth (+3.8% to 55,623). Visitors came from 170 countries.

Exhibitors were also on the rise with +4% (852 in total, 335 of them from abroad representing 43 countries). As in the previous years with focus on ceramics in architecture and bathroom design, a special hall was reserved for companies presenting natural stone and parquet flooring.

A surface area of 156,000 m² served to present products from its best side.
As always, the Fair offered a comprehensive supporting program aimed particularly at architects.

Bologna’s Design Week, held concurrently, presented itself from a number of city venues. 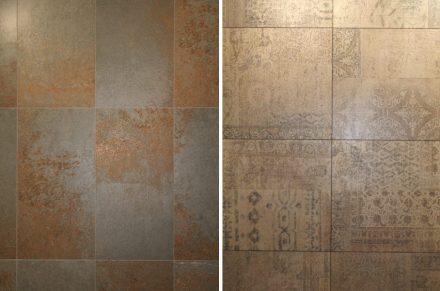 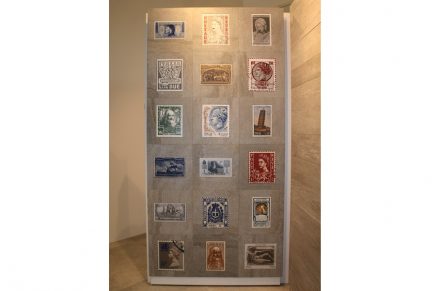 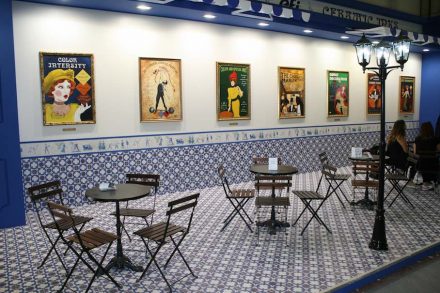 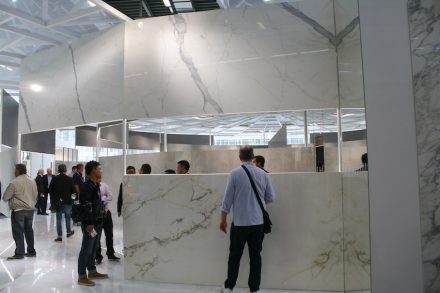 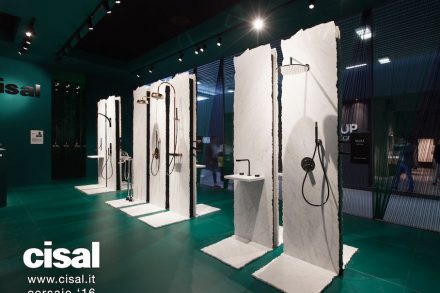 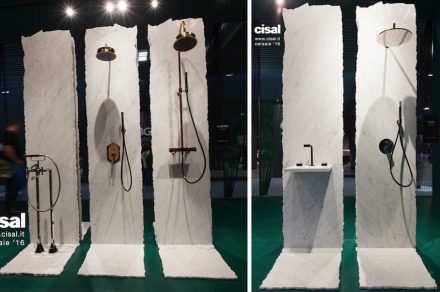