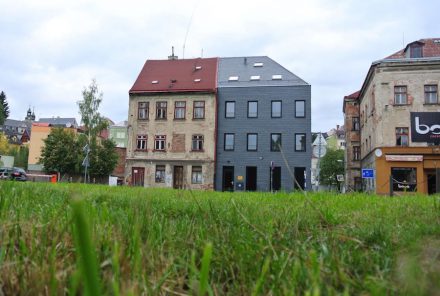 The two buildings stand side by side like fraternal sisters, who are aware that they are not identical yet that they belong together. Our attention is drawn to Liberec City’s Vlasta Burian Community Centre in the Norther Czech Republic. It is hoped that the complex will upgrade the neglected district at the rim of the city’s historic center and provide inspiration and impetus for further urban development.

The new building mirrors its aged counterpart in height and segmentation of its façade. But it is clear and simple in hue and the choice of material, i.e. jet-black slate. „We chose slate in cooperation with the local heritage office“, says architect Pavel Št’astný, „in this region this was the standard accouterment for dwellings.“

The local press has another interpretation: Vlasta Burian, namesake of the Community Centre and formerly a well-known comedian, always wore black trousers. His place of birth is in immediate proximity. 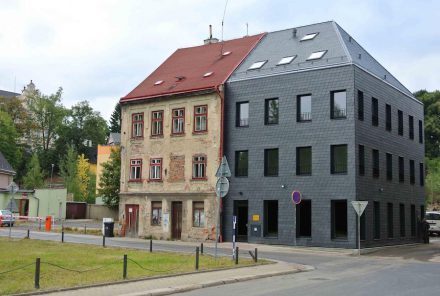 Some 15 million Czech Koruna (CZK), went into the new complex, or 480,000 € (523,000 US-$) half of which was provided by the European Union. The ground floor includes a café, and, on the first floor, meeting rooms and leisure activities are provided.

Distinguishing the new complex and the old and visible only at second glance: the building was topped off with a hip roof, i.e. with an extra slant creating the illusion that it leans toward the old building; the reason for this extra bit of constructive refinery according to the architects: the building was constructed in such a way that it does not take sunlight away from the buildings across the street. 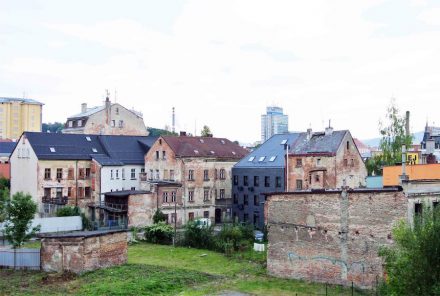 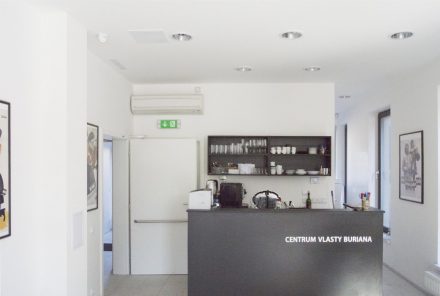 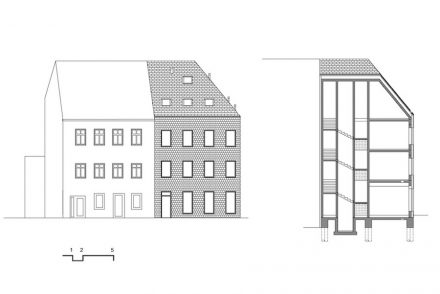 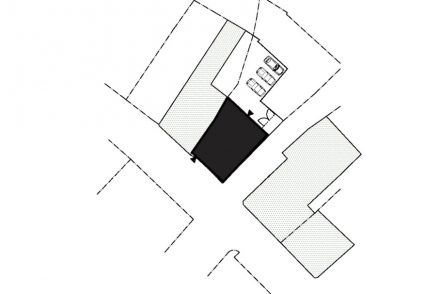