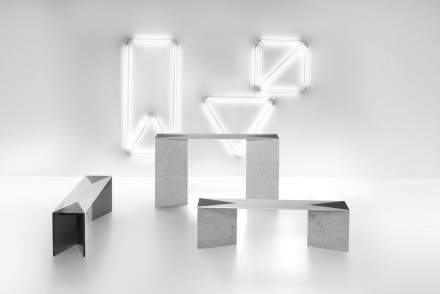 What happens when a fashion designer and a natural stone producer come together to design everyday products? The answer is: „Steele on Marble“, which US-American jet-set-designer, Lawrence Steele created for the Italian-based Marsotto Edizioni Company of Milan: the tables include details never before seen in natural stone, and which demanded all of the company’s craftsmanship and know-how in realization.

„It was truly a challenge for both sides“ as could be heard at the Fuorisalone in Milan’s city center where the collection was on display in April. 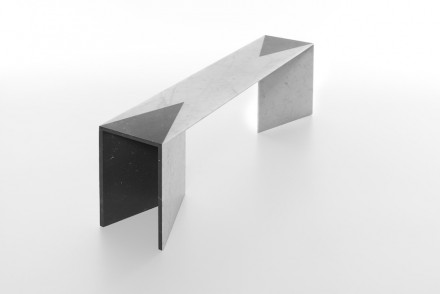 E.g. the legs of the table bearing the name „Closer“. These are slabs of stone fused in an acute angle and mounted as table-legs at either end of the table – an idea already known. But, and this is new, as is often done with fabric, the stone is lined with marble of a different color.

So the legs of „Closer“ reminded us of a trouser pocket: dark inside where one cannot see into it, bright like the cloth is outside. 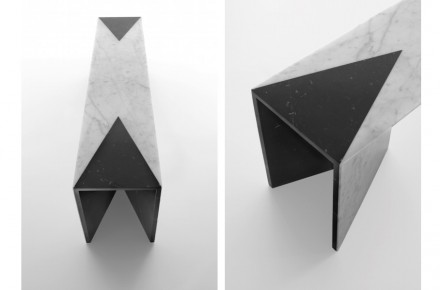 To bring inside and outside together in the pockets, the layer of white marble is super-thin und glued onto the dark stone. To do so is not very common among stonemasons. The main challenge lays in fusing the four slabs of stone neatly where they join in at an angle. 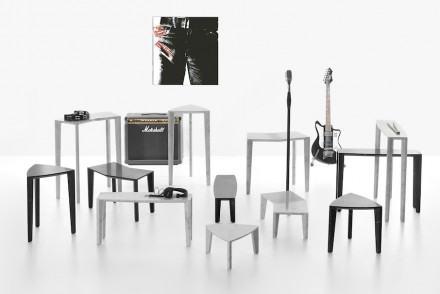 Whereas the fashion designer of the „Closer“ was obviously inspired by textiles, „Jim“, „Sid“ und „Lou“ were inspired by music of Morrison, Vicious, and Reed respectively, active during the last decades. 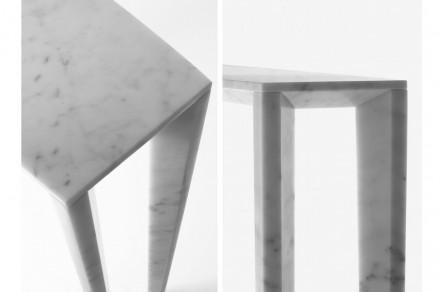 Here, again, the legs of the tables are the unusual elements. Their paragon is to be found in high-heels. 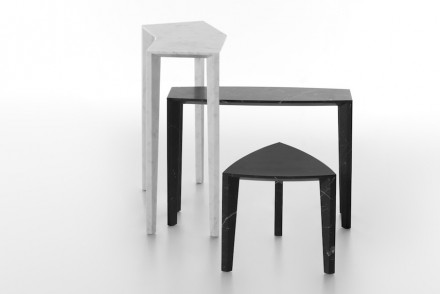 Here, too, the white marble is a Bianco di Carrara and the black counterpart a Nero Marquina. The surfaces are honed and the pieces are available in a variety of sizes. 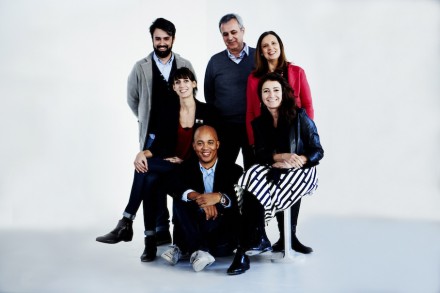 The project was realized by Lawrence Steele in cooperation with Studio Irvine, functioning as art director, as well as CEOs Costanza and Mario Marsotto.