„Rodin – Genius at Work“ in the Groninger Museum in the Netherlands 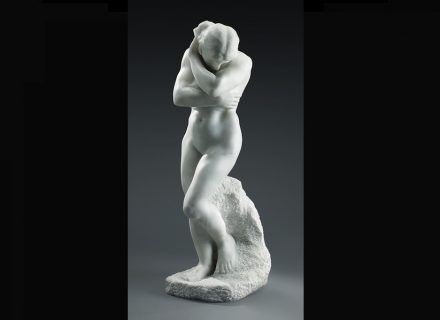 140 sculptures and 20 works on paper will be shown, most in plaster or bronze and some in marble

The Groninger Museum in the Netherlands’ city will host the exhibit „Rodin – Genius at Work“ until April 30, 2017. More than 140 sculptures and 20 works on paper will be shown, among them world-famous works like „The Thinker“ or „The Kiss“.

Auguste Rodin (1840–1917) was one of the greatest sculptors maybe of all time. His ability to capture human beings’ emotional and psychological complexity, combined with his quest to innovate as a sculptor, gives his art a universal appeal. 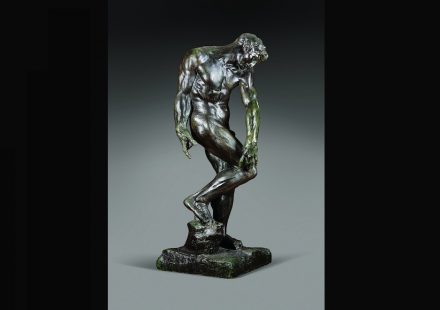 In the foreground of his works stands on the humans body – the play of the back muscles or the bowing of the neck express the inner feelings in many of his figures.

Most of the works in the exhibit are in plaster or bronze. A special touch of sensitivity have those in white marble, like „Eve“: she is modest and trying to cover her nakedness, or maybe desperate and hurt (photo top).

In Rodin’s studio, more than 50 assistants worked alongside the master in a small art community. He kept his art innovative by experimenting with the qualities of various materials and deploying a wide range of techniques. 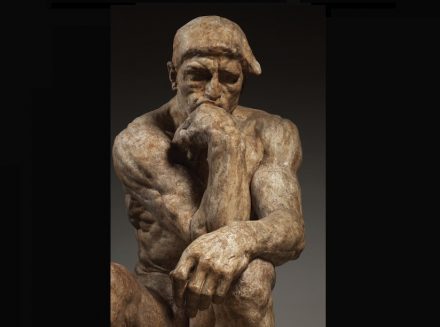 In Groningen, about 20 of the approximately 200 figures from „The Gates of Hell” will also be on display. Rodin worked on this group of sculptures for the last three decades of his life.

One of the most fascinating statues in the exhibit is the oversized male hand, soft with long fingers yet grasping with determination and strength. It is shown in the video of the exhibit.

The exhibition is curated by the Montreal Museum of Fine Arts and the Musée Rodin in Paris. It was already shown in North America, Groningen is the only stop in Europe. 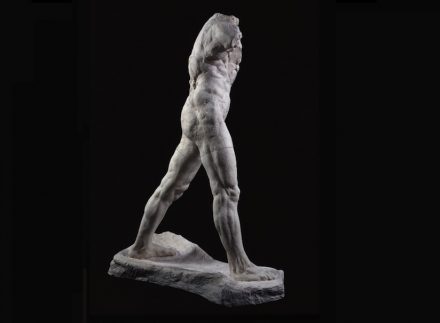 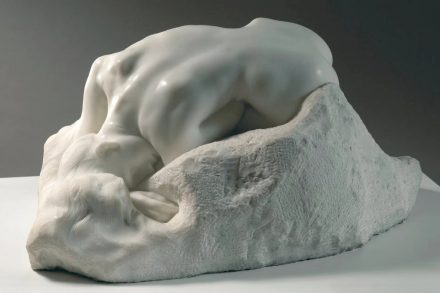