Natural stone: no spectacle in its own right, but rather subservient to the over-all impression which a building project should convey 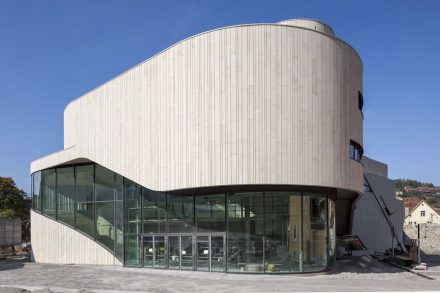 This year again, award-winners of the Austrian „Pilgram – Award for Architecture with natural stone“ were selected. The Award carries the name of the master builder of the Vienna’s St. Stephen’s Cathedral. It was the third edition of the award and honored inconspicuous rather than luxury projects, i.e. projects for which stone was subservient to the general impression of the project as a whole. A total of 33 submissions competed for the prizes, of which 22 were nominated for the final selection. 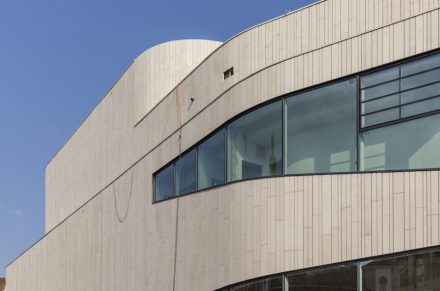 First prize went to the Jehle Architektur / Mitiska Wägerarchitekten for the Montforthaus in Feldkirch. The Cultural Congressional Center has a curved façade enveloping the building. The curvature was realized by using narrow stone slabs (30 cm wide and up to 2 m long and 5 cm thick) arranged vertically. The jury was quick to praise the unexpectedly smooth surface resulting from an overlap of the long edges. Furthermore, the jury praised the fact that the building bridges the material and its surroundings. Limestone was provided by Lauster Naturstein. 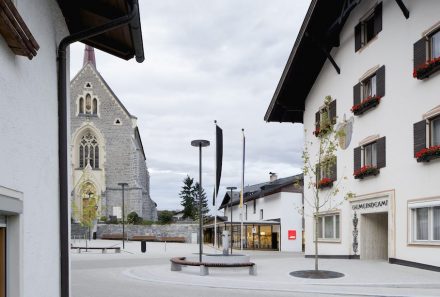 Second prize: The Parish of Stans hitherto had no focal point for lack of a town square. The problem was alleviated by Gsottbaur architektur.werkstatt using a conventional natural cobble stone paving. The heavy traffic areas are easily recognizable. The surface of the Austrian granite is honed. Stone was provided by Winkler Stonemasons GmbH, Ribo Company war responsible for the paving work. 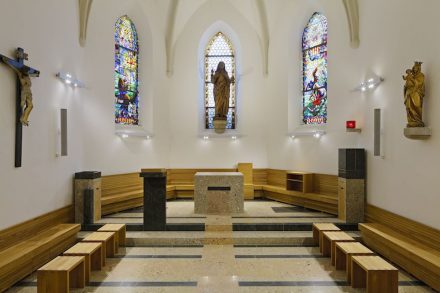 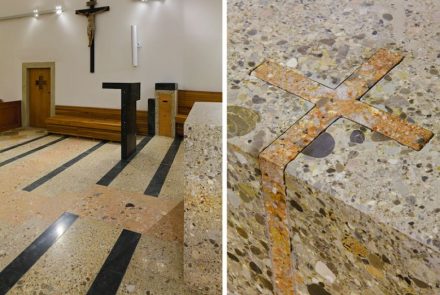 Third prize: the Weidling Parish Church was praised by the jury for the „calm and reserved“ implementation of natural stone with was none the less pronounced. The use of stone as an ornament was particularly mentioned. The flooring bears a mosaic depicting a Christian Wineberg and the path to the „Wineberg“ leads visitors to the altar made of large square stone blocks in a variety of stone, particularly conglomerate. Architects were Ernst Beneder Anja Fischer. The stonemasonry was carried out by Franz Bamberger. 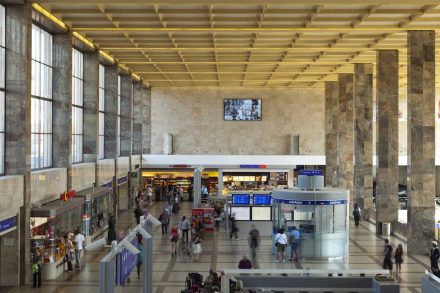 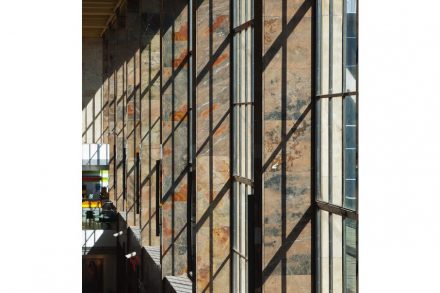 Special prize and honorable mention went to Architects Neumann + Steiner for the refurbishment of the railway platform hall of the old Vienna Train Station. It was one of the most important transport hubs of Austria reflected in the opulent architecture of the station. It was integrated into the new shopping mall. The various Austrian natural stone types were conserved and restored. Missing pieces were won from the original quarries as far as possible. Adneter Marble of the types Rottropf, Helltropf und Grauschnöll were used frequently. Stone masonry was carried out by Lauster Naturstein. 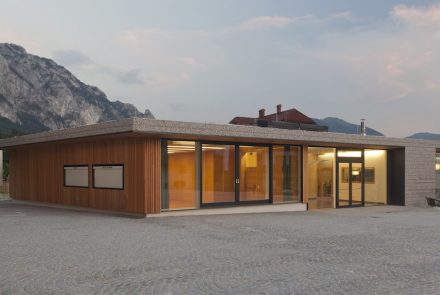 Another special prize was awarded to sps Architects for the newly built parish center and fire department in Steinbach. The façade is comprised of gabions whereas the roof is covered in a layer of the same gravel, Dolokit quarried locally (Weissenbacher Naturstein). The jury was impressed by the fact that the façade was not plastered but rather bridged the gap to the Alps thanks to the stone. The pathways also used local stone.